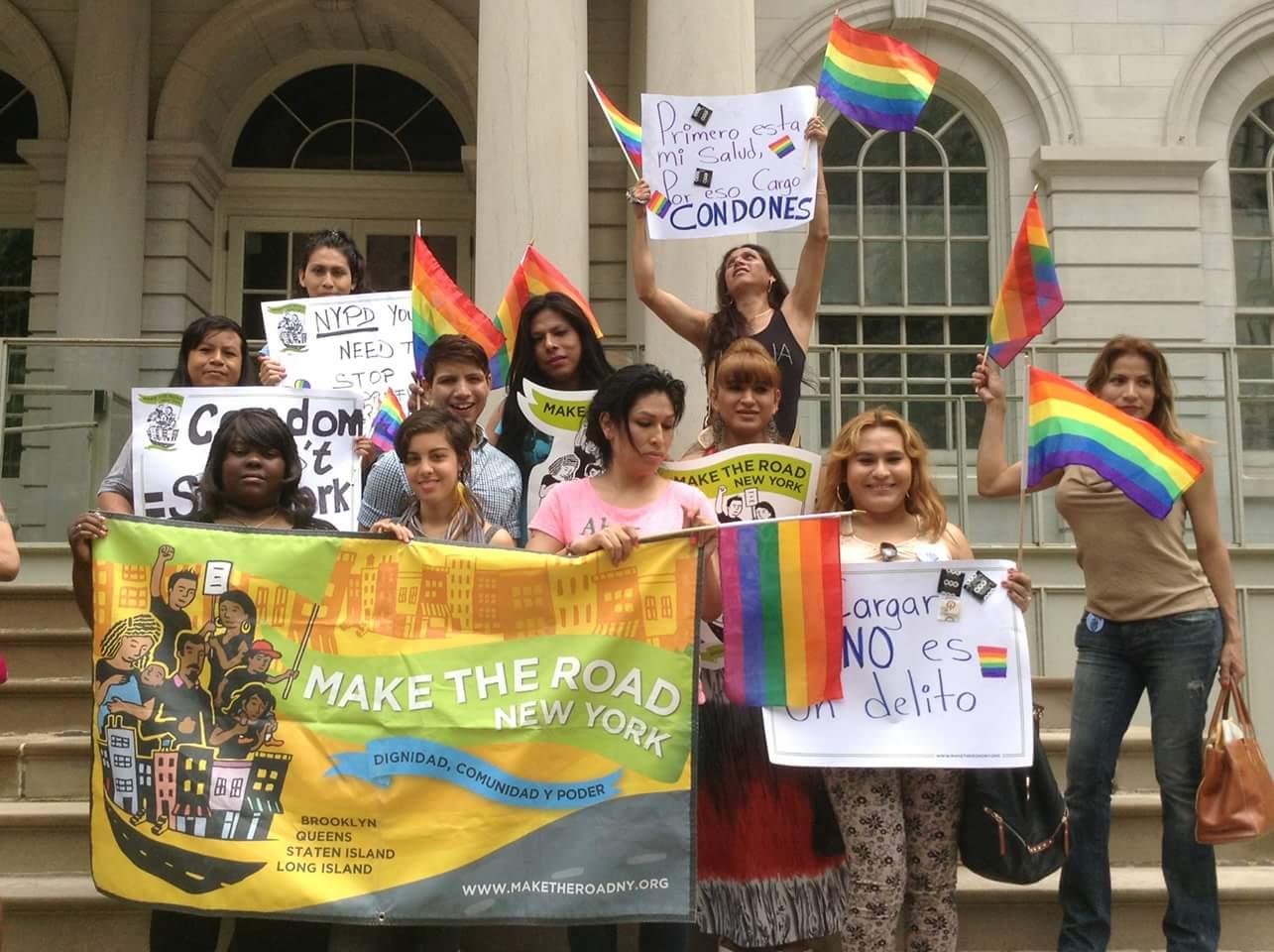 At the conclusion of a highly-contested budget season few advocates are claiming victories. Fair wage activists, ethics watchdogs and DREAMers, among others, are gearing up for a fight to have their issues addressed during the post-budget legislative session. But, on at least one issue, there is reason for progressives to be hopeful: expanding access to condoms.

As part of this year's budget deal, Albany lawmakers and Governor Cuomo passed a limited ban on the use of condoms as evidence. This is important because all too often when transgender New Yorkers, sex workers, trafficking victims, and others are profiled by police, officers use the fact that some have condoms in their possession as evidence of crimes. This undermines our state's commitment to providing access to contraception and preventing the spread of sexually-transmitted infections.

The limited ban on condoms as evidence originally proposed in the governor's budget and eventually adopted in the final budget deal is important recognition from policy-makers of what many of us have known for years: we need comprehensive legislation to ensure that condoms are not criminalized for sex workers, trafficking victims, youth in the sex trade, and anyone profiled as such by law enforcement.

While there is seldom disagreement on the importance of condom access, many are simply unaware of the current practice where law enforcement confiscates condoms as evidence of prostitution-related offenses. A recent PROS Network report found nearly 50% of respondents involved in the sex trade were victims of police confiscating, damaging, or destroying their condoms, and nearly 46% did not carry condoms at some point out of fear of the police.Condoms are taken out of the hands of those for whom they serve as a vital personal and public health tool and left to rot in evidence lockers, since they are rarely actually introduced at trial.

Still, the evidence ban is limited, and there remains much work to be done to ensure access to condoms for all.

With Governor Cuomo's monumental commitment to end AIDS in New York State by 2020, we expected decisive action to address HIV prevalence in communities impacted by the epidemic. What we saw instead was rhetoric without substance. The provision put forth by the governor is a partial ban that covers only two of almost twenty prostitution- and trafficking-related offenses. There is thus only a slim chance that this will have a significant impact on how the practice is executed on the ground. Law enforcement will continue to confiscate condoms, claiming them as evidence of one or more of the many offenses that are left out of the ban. Fear and confusion about whether and how condoms can be used against those carrying them will continue.

Possibly the most concerning aspect of this limited ban is that victims of sex trafficking remain excluded.

The exclusion of trafficking-related offenses creates a perverse incentive for traffickers to withhold condoms from the people they exploit to avoid prosecution, compromising the safety and dignity of the people they victimize. As recently stated by Florrie Burke, recipient of the inaugural Presidential Award for Extraordinary Efforts to Combat Sex Trafficking in Persons, "Policymakers shouldn't leave trafficking victims out of the solution. Their lives depend on it."

The good news is that there is widespread support for prioritizing the crisis of sex trafficking and the end of AIDS in New York State, both across party lines and at all levels of governance. Momentum is on our side and the solution is clear: the governor and the Legislature should get back to work on this issue and pass a bill (A.4463A/S.1018) to end the criminalization of condoms in New York State. The lives of some of the most vulnerable New Yorkers depend on it.

***
by Anna Saini and Bianey Garcia

Saini is the Statewide Community Organizer with Voices of Community Activists and Leaders – New York (VOCAL-NY).

García is an LGBTQ Justice Project Organizer at Make the Road New York. Both are members of the Access to Condoms Coalition, which is composed of over 100 organizations, including organizations that together serve the majority of New York's trafficking victims.