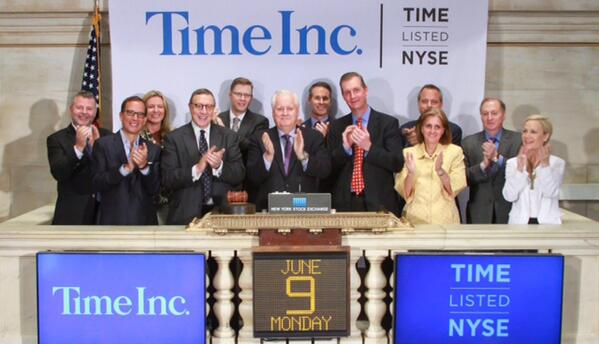 Publishing giant Time Inc. has been cutting hundreds of jobs in recent years, but its next round of layoffs come despite significant financial help from New York State taxpayers.

Last year, when it was reported that the recently spun-off company was looking to relocate its midtown headquarters, the state's economic development agency awarded $10 million in grants and tax credits to encourage Time Inc. to move downtown instead of Jersey City.

Companies that benefit from public development subsidies should be required to create new jobs or at least protect existing ones. Time Inc.'s "job retention" grant should ensure that the company will maintain or increase its jobs in the state.

Unfortunately, that requirement doesn't appear to apply to Time Inc.

Documents revealed in a WNYC report show that the company can cut more than 900 jobs – about one-third of its entire New York City workforce – and still keep every penny of public money.

It's not the first time Time Inc. has cut jobs while getting tax breaks. According to research by Good Jobs New York, from 2003 to 2010 Time Inc. benefitted from more than $7 million in incentives through the New York City Industrial Development Agency to retain jobs in the city. Yet during that time, Time Inc. cut over 3,000 jobs. As a penalty, the Agency recaptured $1.4 million and charged Time an additional $187,000.

So what's next for Time Inc. employees? Sadly, there is no indication that the company's management is even remotely serious about keeping jobs in the country, let alone in the Big Apple.

Rather than reinvesting in the state that is backing his company, Time CEO Joe Ripp seems bent on outsourcing everything he can, even prized journalism. Last November, Ripp unilaterally implemented changes to the negotiated working conditions at Time Inc. that would allow the company to send overseas up to 60 full-time journalist positions and about 100 more temporary journalism jobs from its five most prestigious and widely read magazines: TIME, People, Sports Illustrated, Fortune, and Money. The Manhattan office of the National Labor Relations Board, acting on a charge filed by The NewsGuild of New York, has said it believes the move was illegal and that it plans to issue a complaint against the company by the end of June.

In a 2014 government filing, Ripp told shareholders that the firm "anticipate(s) additional headcount reductions and efficiency measures...including global sourcing of personnel." Subsequently, the march of Time Inc. jobs to low-wage countries, including hundreds held by workers not who are not Guild-represented, is apparently accelerating.

Is this the type of company the public should be subsidizing? State development dollars have poured into media companies recently, helping Buzzfeed and Vice ink deals to expand in new facilities. Those grants may be questionable, too, but at least those companies are growing.

Sadly, over the past decade Time Inc. has been laying off journalists and hollowing out its once industry-leading magazines. The company has rationalized job cuts as a necessary evil, though past cuts to its journalism have failed to turn it around.

Taxpayer dollars should go to create good, living wage jobs. Instead, New Yorkers are again throwing millions at Time Inc. even as it clearly signals it will thank taxpayers with even more layoffs and off-shoring of jobs.