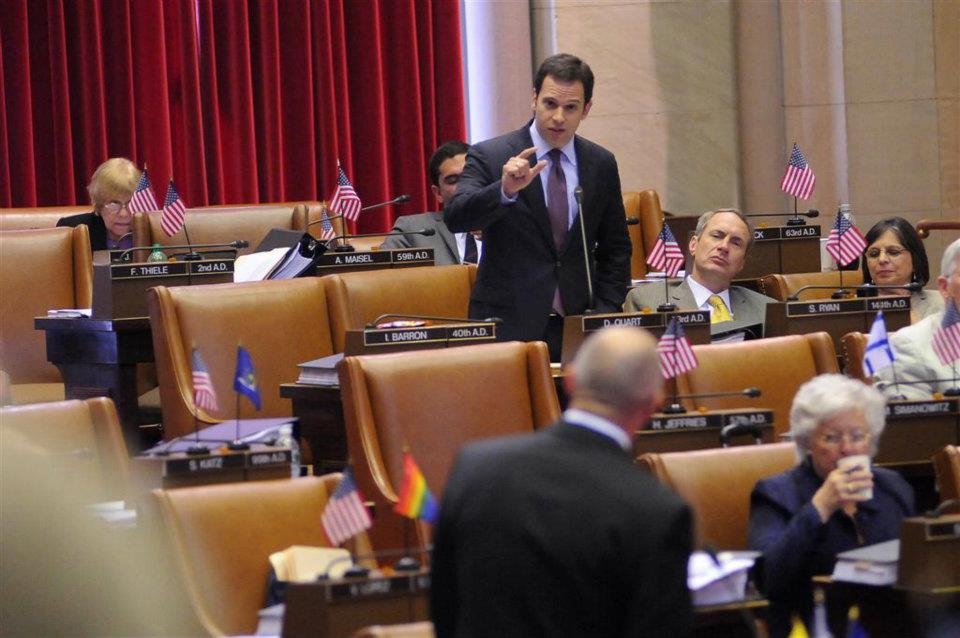 No New Yorker has been able to miss the recent back-and-forth over MTA funding. Once again, we are trapped in an unwinnable argument. Whose responsibility is the MTA capital plan? Should New York City contribute more funding? Or is it the state's responsibility, since the MTA is a subsidiary of state government?

The conversation has devolved into threats against the New York City transit system and, as of yet, yielded no real solutions. In fact, this debate is exactly the problem. It completely misses the point.

Nationally, New York City's transit system is unique. It is what allows us to be a city that functions with aberrantly low levels of car ownership. We are 'the city that never sleeps' because of our round-the-clock transit system. Without it, the gears of our city simply won't turn. And without the economic activity that is driven by transit in New York City, the rest of the state suffers as well. The entire state is dependent on a strong city transit system.

Framing the capital funding process as a question of city dollars versus state dollars is just obfuscation. The critical truth about all of these dollars is that they're not guaranteed. The MTA Capital Program, which pays for upkeep and expansion of our transit system cannot count on a single dollar of funding from dedicated budgetary revenue streams.

This means that every five years, we go through through the same argument we are having this year - quibbling over who will pay for the capital plan while our transit infrastructure deteriorates. Our subways and buses are more crowded, less punctual, and far more likely to break down than they were just a few years ago.

Without significantly more funding, these problems will only get worse.

There's an alternative, though, and it's one that we've already seen work. Across the ledger, the MTA operating budget benefits from a number of dedicated revenue streams, including the mortgage recording tax and the commuter tax. These funds are statutorily required to be used for their stated purposes.

We must expanding this idea to the capital side. In order for New York City to continue being a city that drives the state's economy, we need to ensure the upkeep of our transit system, but we also need to continue expanding it, to make sure that every part of the city that never sleeps is equally able to access transit.

It's time to put a stop to the budget dance. It's time to stop enabling unproductive arguments that distract from the real issues. It's long past time for the MTA capital program to be supported with statutory, dedicated, un-sweepable revenue streams that will allow maintenance and improvement of our subways and buses, the critical infrastructure that keeps New York City moving and drives the New York State economy.

***
Dan Quart is a New York State Assembly member representing the East Side of Manhattan. He is on Twitter @DanQuartNY.