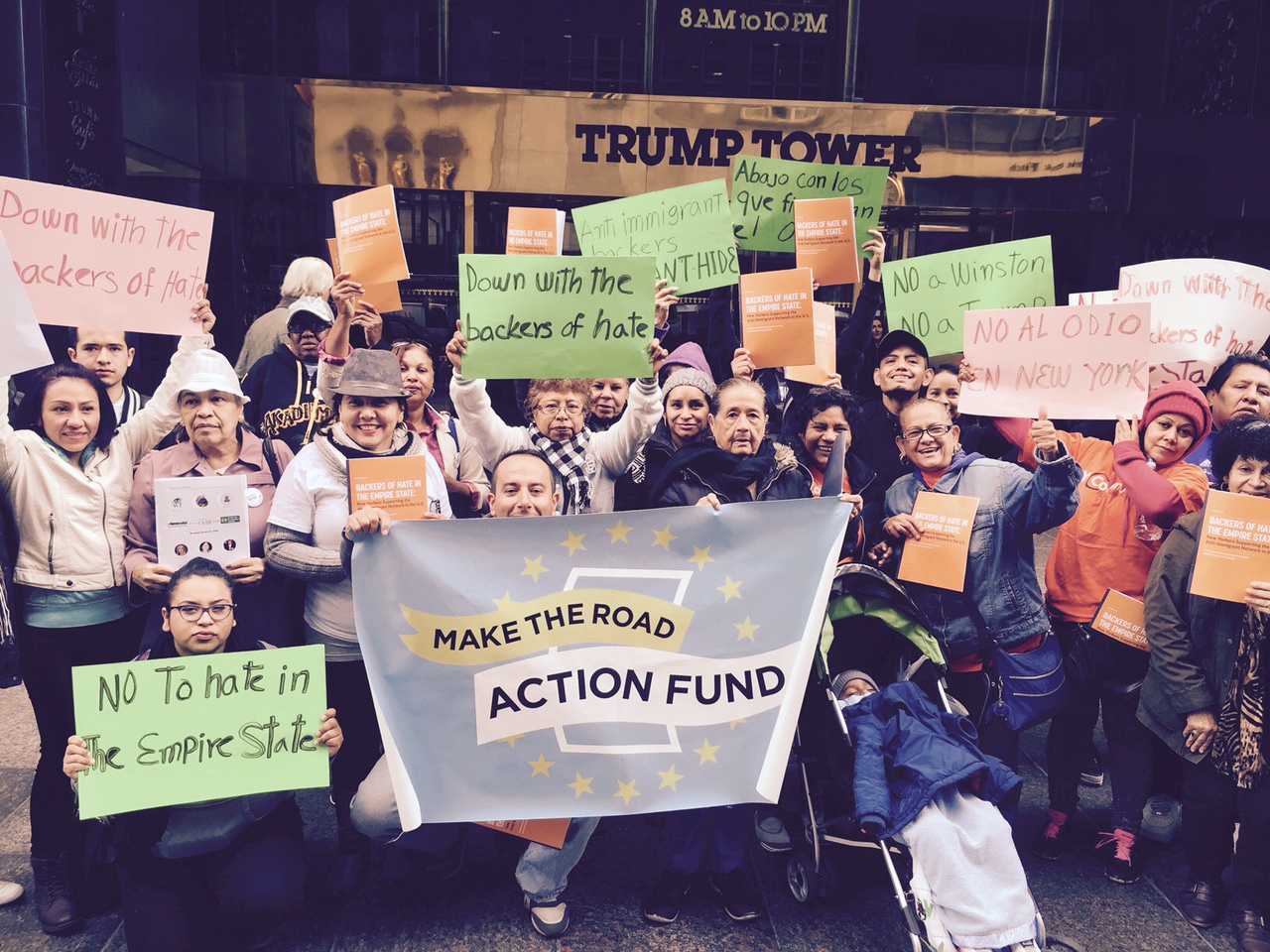 As two of the 4.3 million immigrant members of this state, we, like most of our community, came to New York City with high hopes of acceptance and opportunity. And we love our city. We love how diverse it is, how progressive its values are, and how we have so much opportunity to work together to identify problems and fight for solutions.

One thing we do not love, however, is that there is a group of wealthy New Yorkers working against our immigrant communities to make us feel unwelcome and to separate our families.

As a new report, "Backers of Hate in the Empire State" (which the organizations to which we belong produced with the Center for Popular Democracy Action) has revealed, there is a group of wealthy New Yorkers who are using their millions and elite networks to fund and support the anti-immigrant movement in this country. And the anti-immigrant rhetoric and organizing they are behind is now tragically seeping into our nation's political arena.

That's why, this week, more than 50 immigrants like us joined together recently to protest in midtown Manhattan to call out the backers of hate. These organizations and individuals work together to create an irrational fear of immigrants and they work in favor of anti-immigrant policy. Individuals like Barbara Winston, beneficiary of the Winston gem fortune, have supported anti-immigrant groups for years, and now candidates like Donald Trump and Carly Fiorina are following this lead.

The rhetoric of Trump and other Republicans reflects the hate and lies of these groups. And the same is true for policy. Like anti-immigration groups such as the Federation for American Reform (listed as a hate group by the Southern Poverty Law Center), Keeping Identities Safe, the Center for Immigration Studies, and NumbersUSA, leading GOP candidates oppose immigration relief and a path to citizenship for undocumented immigrants, and they want to get rid of birthright citizenship.

Most New Yorkers disagree with these extreme views, and that's why we're fighting back. We first picketed outside a jewelry store owned by members of the Winston family, and then marched and continued to rally outside of Trump Tower. Our march traced the dangerous connections between the backers of hate in New York State and the toxic conversation around immigration that Republican candidates have launched. This followed several other protests against Mr. Trump himself, at which immigrant New Yorkers have directly confronted him for his anti-immigrant positions.

It's time for the millionaires and billionaires who are using their resources to back anti-immigrant movements to stop and instead use their money and energy to improve schools for our children and housing for our communities—to create a better future for this nation. But, while they continue their anti-immigrant work, it's critical that politicians, the media, and other organizations cut ties with individuals and organizations who support a hateful, anti-immigrant agenda. New York should be a progressive beacon for our country—not a haven for hate.