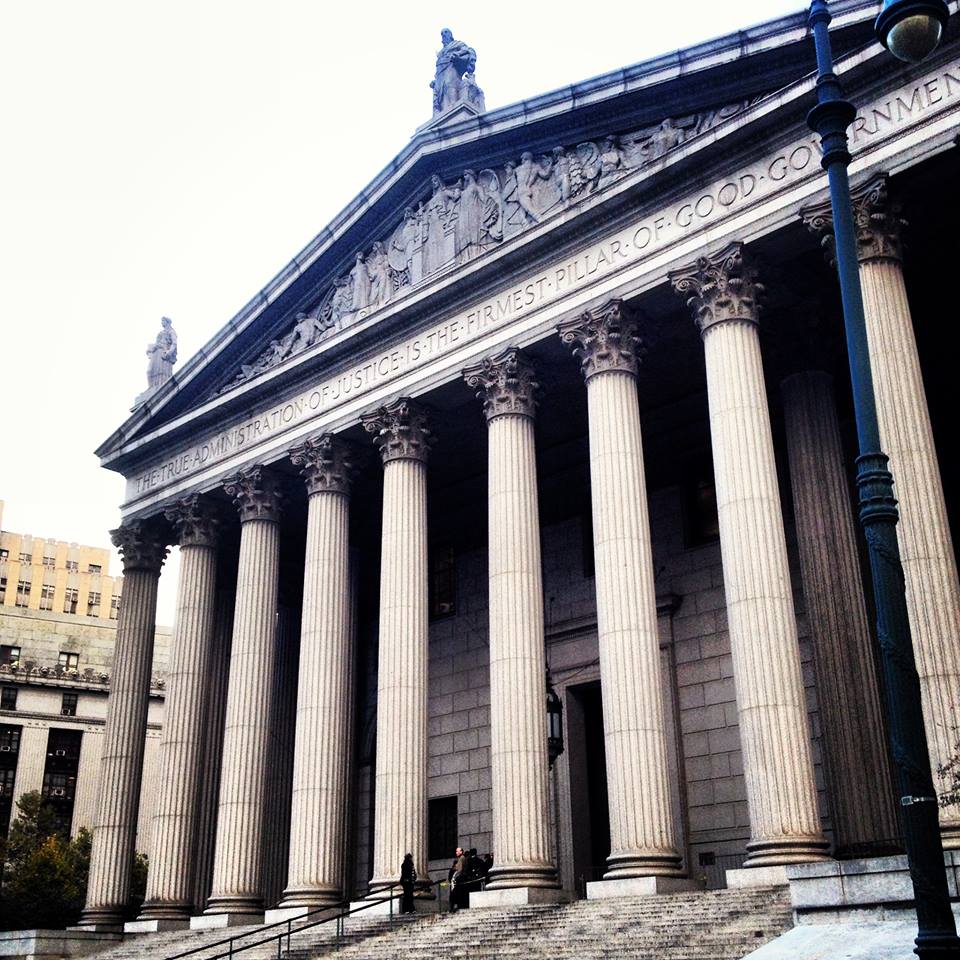 Here's the lead I wish I could write: "Corporate groups join government watchdogs to push for a New York State ethics overhaul." Fortunately, it's partly right - watchdog groups like NYPIRG and Citizens Union are certainly doing so. But some corporate groups are responding to the ethics mess in Albany, well, differently.

Consider the Dec. 2 op-ed "After Silver: Legal Reform is Ethics Reform" from the Lawsuit Reform Alliance of New York or "LRANY." This group has seized on the ethics crisis to promote an incongruous agenda. With 90 percent of New Yorkers rightly believing that state ethics laws are too weak, LRANY's response would be to weaken the legal rights of 99 percent of everyone who lives here.

A big LRANY priority, for example, is undermining New York's common-sense scaffolding safety law. Currently, New York's law ensures that owners and contractors are exclusively responsible for limiting hazards like unsound scaffolding, ladders, and other equipment, as well as flooring and elevators. LRANY's proposal would substantially weaken the obligations of owners and contractors to ensure a safe worksite. As someone who lives in New York City, with active renovation and high-rise construction everywhere, I think I can speak for most in saying: Albany, please do not weaken this safety law.

Another LRANY priority is a bill that would delay and deny justice to people suffering from lethal asbestos-related diseases. The asbestos industry covered up the dangers of asbestos for over 50 years, more than 3,000 Americans still die from asbestos diseases annually, and asbestos is still not banned in the United States. The Lawsuit Reform Alliance proposal would essentially allow the asbestos industry to delay and avoid cases until the victims are dead. As Elihu Inselbuch, from the corporate firm Caplin & Drysdale, testified in Congress, such legislation, "has nothing to do with reducing fraud; instead, it is a gift to the asbestos industry, which continues to try and avoid accountability and decrease compensation to the victims of its past wrongs." Nor is this a bill about "transparency." Nothing in this legislation would stop the asbestos industry's continuing practice of hiding where asbestos is present and was used, and demanding secrecy from victims when they settle cases, as they routinely do.

Speaking of sick and injured New Yorkers, LRANY is also focused on medical malpractice. Medical errors are now the third leading cause of death in the United States. In New York, we actually have some experience solving this problem. When the labor and delivery unit at NY Presbyterian Hospital-Weill Cornell Medical Center implemented a comprehensive obstetric patient safety program, not only were catastrophic errors dramatically reduced, but also compensation payments fell by 99.1 percent. I think most New Yorkers would agree that the best way to reduce claims and lawsuits is to reduce injuries and deaths.

Unfortunately, this message seems completely lost on the medical and insurance lobbies, including groups like LRANY. Their focus continues to be stripping away the legal rights of injured patients after they've been hurt. Indeed, New York State doctors and hospitals already benefit from more liability protections than virtually any other industry or profession in the state. More specifically, in the mid-1980s, New York enacted three out of four "medical liability reform" agenda items pushed by LRANY's corporate partner, the American Tort Reform Association, all of which harm patients.

These laws added to legal obstacles that New Yorkers already faced, which residents in most other states do not. They include an archaic "wrongful death" law dating from the 1800s that does not allow compensation for emotional hardship in loss of a child killed by medical malpractice; and a restrictive statute of limitations law that prevents claims involving latent injuries, like a cancer misdiagnosis. In June, a bill to change that discriminatory law passed the Assembly and would have been signed by the Governor had it not been blocked by Senate Majority Leader John Flanagan, in cahoots with New York's powerful hospital lobby.

And that's not the only damage the hospital lobby has done recently. In 2011, New York became the only state in the nation to enact a law providing that, if a baby suffers a catastrophic brain-injury at birth due to a doctor's negligence, the at-fault hospital is largely off the hook. Even if a jury finds the medical team at fault and awards the family compensation, the child's family cannot receive most of these funds. Instead, they are forced to go to a state program to pay for the child's care. Moreover, by law these children are condemned to a lifetime of suboptimal Medicaid care for any necessary therapies, no matter what a jury says they need.

Meanwhile, New York State law does not force insurance companies to disclose even basic information to lawmakers or the public about what they actually pay in claims, allowing them to price-gouge policyholders with virtually no oversight or regulation. In fact, New York State is one of the least transparent states in the nation when it comes to the insurance industry and claims data. Even Texas has better disclosure laws than New York. The impact of this goes far beyond simply harming public confidence in city and state government and major institutions. This secrecy also has serious public safety implications, allowing groups like Lawsuit Reform Alliance of New York to engage in fear-mongering, not facts.

What we do know is that New York is among the top states in the nation for physicians practicing in the "high-risk" specialties of OB/GYN and surgery. Last time NYPIRG examined this, New York State had the fourth highest number of OB/GYNs per capita in the country, second highest number of general surgeons, and the highest per capita number of surgical specialists.

Physician shortages that exist in New York's rural areas are longstanding and correlate to stagnating local economies and decreasing populations in those regions, not to insurance rates (which, in any event, are relatively low in those areas). LRANY claims in its article that "at least eight New York counties have no OBGYN services at all," suggesting that women and injured babies should give up even more of their legal rights as a result. When a lobby group made spurious allegations like this a few years ago, we decided to check the counties about which these claims were made. By making a few simple phone calls, we found that those counties indeed either had obstetricians practicing within the county or had obstetrical services available from doctors very nearby. The entire argument was bogus, not to mention unethical.

History is clear on one thing: taking away the rights of the most seriously injured New Yorkers has been and continues to be failed public policy. Our laws should hold accountable those who commit harm. And if insurance companies are engaged in price-gouging, the solution to that problem lies with the insurance industry and stricter insurance regulation and disclosure laws. Transparency and oversight are the only way to stop corporate lobbies from abusing their economic influence here, and promoting a legislative agenda that severely harms New Yorkers.