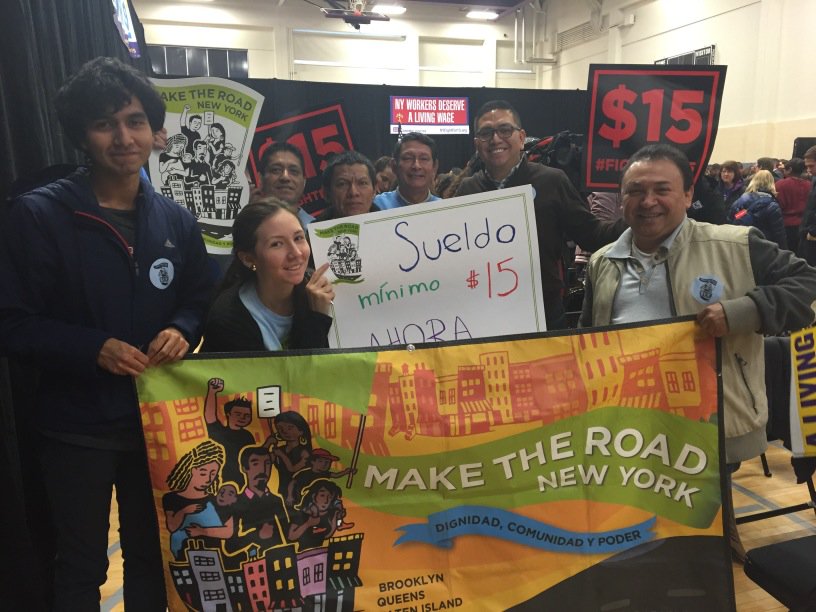 Growing up in Puebla, Mexico, I was raised to believe that all families, and all communities, deserve their fair share.

Since immigrating to New York, however, I've seen clearly that immigrant communities here often get far from their fair share. Immigrant communities like Woodside, Queens, where I live, too often lack the basic infrastructure and opportunities that residents need—good schools, safe and affordable housing, access to good-paying jobs, and more. We just get the short end of the stick relative to better-off neighborhoods.

As I've followed recent political debates in our state, I've learned that a lot of that has to do with the state budget. The budget, more than anything else that happens in our state each year, has an enormous bearing on shaping the priorities of our state government and determining which programs and regions will get the funding that they need. The budget determines funding for everything from education to housing to health care. And, with more and more policy decisions getting inserted into the budget in recent years as a way of getting around Albany's dysfunction, the budget is actually now the biggest policy-making vehicle in our state.

The report highlights 25 items, but my own story shows why three are so important.

First, we call for the state to include in its budget an increase in the minimum wage to $15 per hour as soon as possible, with indexing to inflation. As a minimum wage earner, my dream has been to improve the lives of my four children, but the wages I earn are too low for me to do that. The truth is, on my wages it is impossible to get ahead in this expensive state. Raising the minimum wage to $15 per hour for me is an issue of survival. A $15 minimum wage would mean enough food in my house at night for my family, and peace of mind that I could begin to meet all of our other needs.

Second, we call for an increase of $2.9 billion in new school aid. As a parent of four, I worry every day about my children's education, and it pains me to see them attending schools that don't have all the resources they need. Under-resourced schools like theirs are not the exception—they are the rule. We need billions of dollars in additional school aid, and it must prioritize high-needs school districts.

Third, immigrant adults need the opportunity to fully integrate themselves in their communities through adult literacy programs. I'm currently enrolled in an English class that I know will help me engage better with my children's teachers and find a better job, but too many other immigrants can't access classes because there is not enough state funding. We need $17 million in adult literacy funding in this year's budget.

On these issues and so many more, this year's budget offers an opportunity to do more for immigrant communities in desperate need. We need leaders in Albany to step up to make sure that we get our fair share.

***
Cristina Molina is a member of Make the Road New York, the largest grassroots community organization in New York offering services and organizing the immigrant community. On Twitter: @maketheroadny