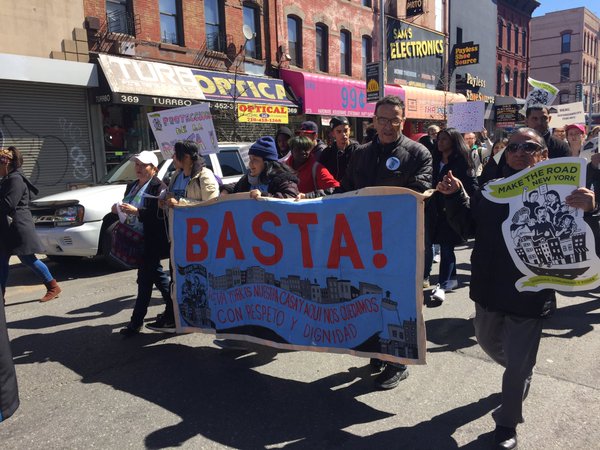 We have long advocated for the elimination of the 421-a tax abatement because it has been nothing but a giveaway to developers masquerading as a means of affordable housing production. This is why affordable housing advocates across the city celebrated when 421-a expired on January 15.

Since its expiration, arguments about its possible revival are popping up more and more frequently, along with lamentations about its demise. How quickly we forget the many published analyses exposing the fact that even though the controversial tax abatement has created little affordable housing, it has cost New York City taxpayers up to $1 billion in lost tax revenue annually.

Instead of discussing benefits for rich developers, all attention should be on fixing the major loopholes in the rent regulation system that houses 2.5 million tenants in approximately 1 million units with no cost whatsoever to the taxpayer.

One of the most egregious of these loopholes is the "eviction bonus," which allows enormous rent increases of up to 20 percent in rent-stabilized apartments upon vacancy. This may be the greatest threat to the affordability and retention of rent-regulated housing, which is the foundation of strong and diverse communities and the reason that tenants looking to move are faced with unaffordable rents in every neighborhood in this city. The eviction bonus affects tens of thousands of low- and middle-income tenants – far more than those benefiting from 421-a.

Then there are "preferential" rents, the other much-used landlord tool for driving rents and pushing tenants out of rent-regulated apartments. An estimated 325,000 low-income families are vulnerable to unaffordable rent increases upon lease renewal because the preferential rent system affects 1,000 times as many families than those that benefit from new 421-a affordable units each year.

These were the reasons for a major rally of 300 community folks this week in the quickly gentrifying neighborhood of Bushwick, where Brooklyn residents described the many tactics used by landlords to evict rent-stabilized tenants in order to increase rents.

The rent laws were renewed in June 2015, with nowhere near the reforms necessary to protect tenants in New York. Without strong rent regulations, tens of thousands of tenants will eventually be met with only two choices: end up in homeless shelters or leave the city altogether. Neither is acceptable.

As the state moves beyond budget negotiations into legislative session, rent laws should become the focus of discussion, not the $1 billion 421-a developer giveaway. The millions of low-income tenants at risk of losing their homes and stable communities are more than enough reasons.

[Related: De Blasio Calls for Albany to 'Make Right' on Program at Center of Rift with Governor]

***
Delsenia Glover is the campaign manager for the Alliance for Tenant Power. On Twitter @TenantPowerNY.