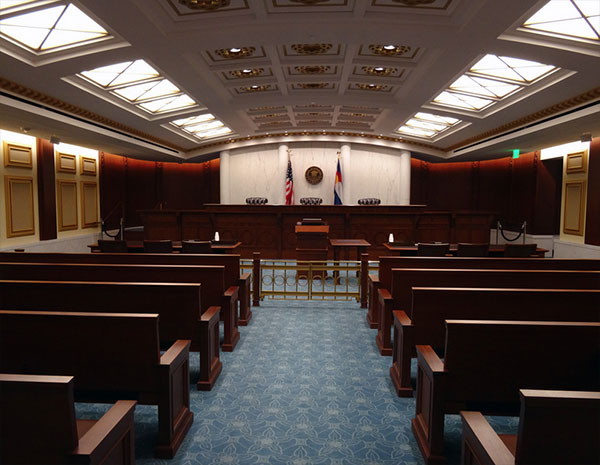 Back in the early 1990s, there was a bar association forum devoted to the nascent and growing problem-solving court movement. After I raised some questions about the “we’re all in this together” premise of the courts, one of the advocates pointedly asked me, “Do you really believe that the adversarial Criminal Court is working?” “I couldn’t say,” I replied. “I’ve yet to see an adversarial court.” That remains the case today.

Even though the nation’s Criminal Courts since their inception have been described as assembly lines processing defendants through quick and dirty guilty pleas, there were few efforts at meaningful reform until the 1990s and the problem-solving court movement. What started with the development of a few local community courts soon expanded to a dizzying array of specialty courts and the problem-solving court industrial complex. Presently, across the country there are more than 4,000 community courts, domestic violence courts, fathering courts, youth courts, drug courts, mental health courts, sex offense courts, driving while intoxicated courts, human trafficking courts, and more.

New York State has long been at the problem-solving court vanguard and is home to an unprecedented 141 drug courts and just the other day unveiled a new Veterans’ Court. And yet, as each new boutique court sprouts up, one court remains noticeably absent – an adversarial justice court where police behavior is scrutinized and the prosecution is mandated to prove guilt beyond a reasonable doubt.

Supporters of problem-solving courts maintain that the courts grew out of the futility and revolving door nature of the Criminal Court and a desire to deal with the causes that brought the accused to the courthouse. The idea is to use the occasion of arrest as a way into addressing, if not solving, defendants’ problems. Owing to the scant historical attention paid to poverty, substandard housing, unemployment, and the cumulative impact of institutional racism, many defendants do have a host of problems. Yet rather than try and confront decades of neglect and devise a meaningful social safety net, those in control began to see the Criminal Court as the repository for all these problems. Ironically, the present reality of scarce resources for serious problems may well have created a place for problem-solving courts.

Although the Criminal Court often does cycle the same people in and out of its doors, that is hardly its only, or most serious, deficiency. Over 30 years ago, a scathing report from the New York City Bar Association pointed to the lack of hearings and trials and questioned whether the Criminal Court was even appropriately called a “court.”

As problem-solving courts now dot the judicial landscape the number of hearings and trials has actually decreased. As one commentator put it, by focusing on early intervention and treatment, problem-solving courts fast forward to sentence, jumping over, if not ignoring, the constitutionality of the arrest or questions of guilt or innocence. As even the Supreme Court acknowledged recently, American criminal justice is a system of guilty pleas.

The lack of adversarial testing of the charges is not just an academic concern. Every study of the consumer perspective – the accused’s point of view – has found that the defendants’ greatest objection to the process is the lack of their day in court; that they had no opportunity to be heard or to question their accusers. This is for many defendants the very problem they would like the court to solve. In fact, scholars argue that defendants afforded their full measure of due process are less likely to recidivate, even if ultimately convicted, because they believe they were treated seriously rather than just rushed through a guilty plea.

Almost fifty years ago the Supreme Court in Terry v. Ohio recognized the importance of judicial oversight and emphasized the need for trial courts to “retain their traditional responsibility to guard against police conduct which is overbearing or harassing, or which trenches upon personal security without the objective evidentiary justification which the Constitution requires.”

Much-admired federal Judge Jack Weinstein of the Eastern District of New York has written about the “vital function” trial courts must play to police the police. Indeed, it was the Criminal Courts’ abdication of its critical oversight role that led to the Floyd v. New York stop-and-frisk lawsuit in federal court.

An Adversarial Justice Court could hear every case charging a possessory offense that is based solely on police observations and testimony and hold mandatory pretrial suppression hearings to determine the legality of the arrest. Given the ongoing controversy surrounding marijuana arrests, and the recent questions raised about the burgeoning number of “gravity knife” charges, these types of possessory offenses demand public hearings.

Similarly, while the Mayor’s Office and the NYPD are championing a new “gun court” aimed at doling out appropriate punishment, those charges inevitably raise constitutional search and seizure issues that merit adversarial litigation with the police officer testifying under oath and subject to cross-examination about what he did and why he did it.

An Adversarial Justice Court would benefit police officers as well as the accused.

At present, you could be a police officer for years and never once be called to testify. The court-appointed monitor in the Floyd case wrote in his report to the judge earlier this year that police officers were still struggling to understand the sum total of factors that provided reasonable suspicion to stop and frisk. Testifying in court and thereafter having a judge rule on the legality of their actions would better enable police officers to learn what amalgam of facts allows them to stop, question, frisk.

In addition to ordering reform of policies, training, and supervision, the judge in Floyd also recognized the need for ongoing monitoring of police stop-and-frisk behavior. She emphasized that those people and communities most affected by stop-and-frisk should play a central role in the remedial process. What better way to involve the public, and to thereby make the police accountable, than by holding public hearings with officers testifying about their search and seizure activity? The resulting transparency could go a long way in efforts to instill public confidence in the police in the post-stop-and-frisk era.

And if the sky didn’t fall and litigated hearings proved successful, the Adversarial Justice Court might one day even resurrect jury trials, and our case-processing machinery could be fully transformed into a court. Now that would solve a lot of criminal justice problems.