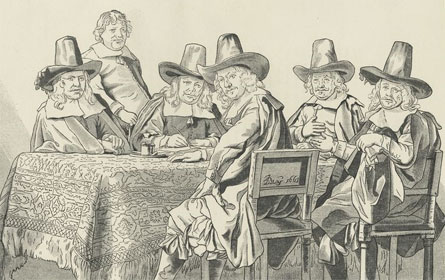 New York Public Library
The city has gone through many charters -- and revisions of charters -- since Peter Stuyvesant and his counsel prepared one in 1652. And, writes Scott Stringer, a lot more work needs to be done.

New York City voters will be deciding several proposals for City Charter reform on the November ballot -- and I urge all readers of the Gotham Gazette to participate in this year's election. It's crucial that the people's voice be heard on such issues, and we're fortunate that Mayor Michael Bloomberg appointed a city Charter Revision Commission with intelligent, hard-working members who take their job seriously.

But I'm disappointed that voters will not be able to review a more comprehensive list of reforms this year -- changes that could have had a dramatic impact on everything from overcrowded schools and inefficient land use planning to innovative food use policies and the empowerment of our community boards. Indeed, I see this year's charter election as a missed opportunity. We have a mere handful of proposals before us this November, and no indication that a more thorough consideration of local government is in the offing.

With a 21-year-break since the last comprehensive charter revision, there was no need to rush the deliberate process of charter reform. And yet that's essentially what the commission did. It had a rare opportunity to engage New Yorkers in a careful re-thinking of our municipal constitution, but instead focused on getting a package before voters in this election.

Earlier this year my office released a 76-page report to the New York City Charter Revision Commission, outlining a series of comprehensive proposals for reform. The city could deal with these and other proposed changes and put them on the ballot next year -- but only if the mayor appoints and convenes a new commission. I strongly recommend that he do just that. With proper public hearings and input, we could finally have a long overdue discussion about the future of our city.

There are a number of instances where the current Charter Commission could have proposed action to remedy a problem facing New York but failed to do so. Here are just a few examples: