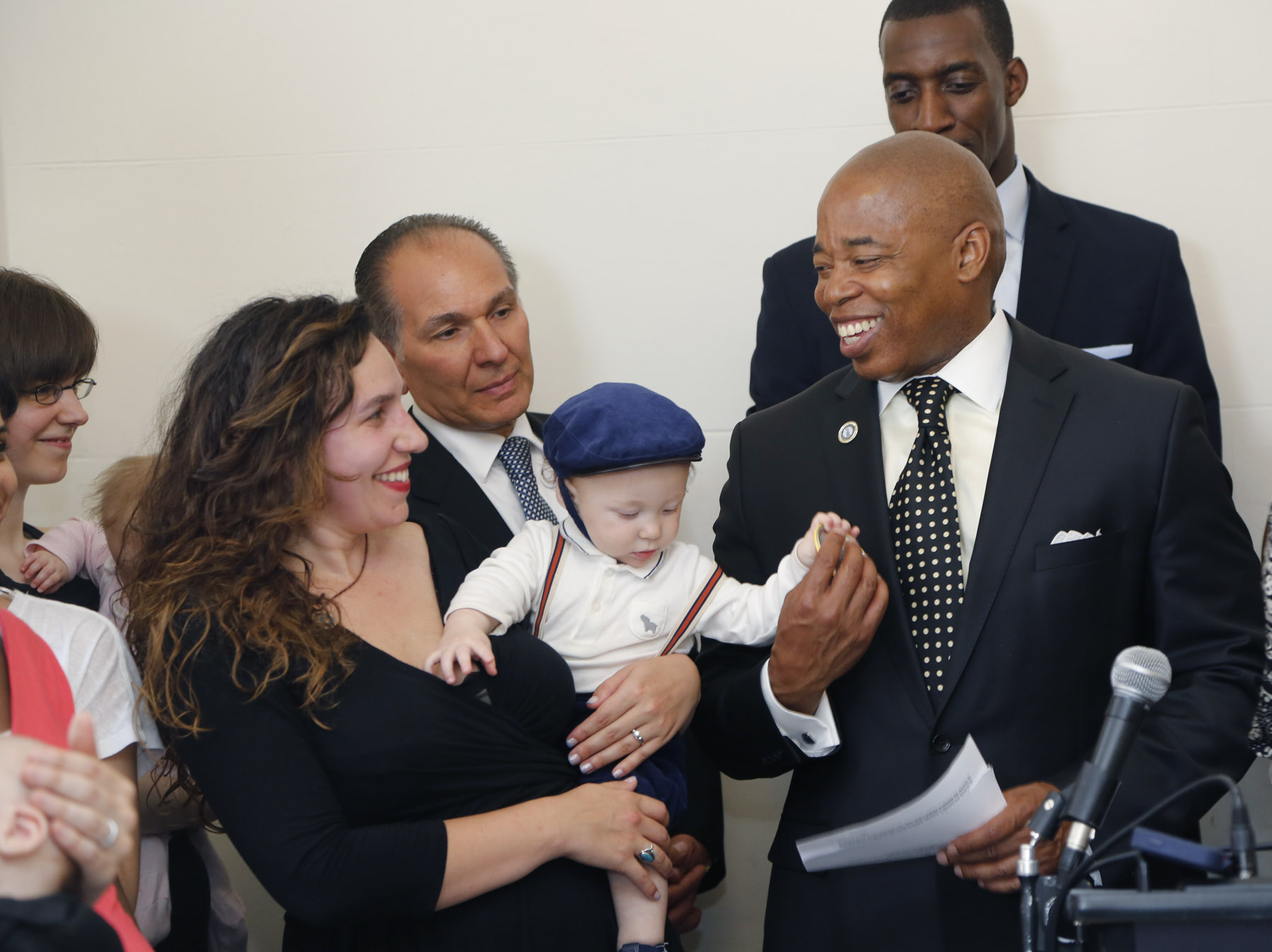 These terms, and others relevant to women’s health, have traditionally been considered taboo — inappropriate for polite conversation and therefore left unmentioned. That silence has had serious consequences for women and girls, who are denied access to feminine hygiene products, charged more at the cash register for “women’s” versions of household items, and made to feel ashamed about their bodies.

This taboo extends to sexual health, with terrible costs for young adults who have been denied information about reproduction, contraception, and healthy relationships. As a result, the United States has disproportionately high rates of unintended pregnancy, sexually transmitted infections, and domestic violence.

The lack of healthy dialogue on these matters has delivered unhealthy results. Thankfully, strong leaders are stepping up and speaking out, and we’re beginning to see the benefits. Through the leadership of elected officials such as State Senator Sue Serino and Assembly Member Linda Rosenthal, with support from Council Speaker Melissa Mark-Viverito and Council Member Julissa Ferreras-Copeland, the New York State Legislature recently voted to eliminate the sales tax on tampons, sanitary napkins, and other feminine hygiene products. (Governor Andrew Cuomo has pledged to sign the bill).

Just as we provide an exemption from the sales tax for necessities such as groceries and clothing, feminine hygiene products will be properly defined as necessities for women who menstruate, not luxuries. The exemption will particularly assist low-income New Yorkers who have had to choose between or ration such basic necessities due to their limited resources.

New York City now has an opportunity to build on the momentum from this achievement. The City Council is preparing to hold a hearing on a critical proposal by Council Member Ferreras-Copeland and Speaker Mark-Viverito to offer feminine hygiene products for free in public schools, homeless shelters, and correctional facilities.

This is a logical extension of our shared interest in promoting common-sense public health measures, both physical and psychological. Consider that a girl in school who has her period but is not carrying tampons or pads must visit a guidance counselor or the school nurse and explain her situation, often needing to negotiate hall passes and having to wait to be seen - the entire experience seems to have been intended to maximize embarrassment and class time missed. In jail, each woman receives a very limited supply of feminine hygiene products each month while additional supplies are sold for extortionate prices at the commissary; many must improvise with rolled-up toilet paper, a humiliating and unhealthy situation. Any woman or girl who is forced to use menstrual items for long stretches of time, due to issues of access or affordability, is put at higher risk for cervical cancer, toxic shock syndrome, and other concerns resulting from product overuse.

We need action at all levels of government. In homeless shelters, many women and girls simply cannot afford to buy feminine hygiene products, as Supplemental Nutrition Assistance Program (SNAP), Women, Infants, and Children (WIC), and flexible spending accounts disallow such purchases. Legislation such as the Fund Essential Menstruation (FEM) Products Act of 2015 from Representative Grace Meng, which would reclassify feminine hygiene products to allow for purchase with flexible spending accounts, is essential to move forward and should be a bipartisan priority. For starters, we should ensure that every member of the New York State congressional delegation gets behind the bill.

These initiatives are critical to eliminating inequities that undermine the position of women in our civil society. A recent report from the New York City Department of Consumer Affairs (DCA), for example, documented that products sold to women cost seven percent more on average than nearly identical products sold to men. This includes basic hygiene products such as shaving razors. We have a shared responsibility, men and women alike, to demand that these disparities end now. Companies that continue this behavior need to be called out in the public arena and pressured to answer for these discrepancies.

We must continue to drive the conversation about gender equity, especially around women’s health, to break the silence and remove the taboos. When I became Brooklyn borough president, I was deeply concerned that women who have recently had children are often ostracized for breastfeeding and pumping milk at work or in public areas, despite the fact that the law protects their right to this practice. I was proud to open our lactation lounge at Brooklyn Borough Hall last year, as part of the Breastfeeding Empowerment Zone initiative by the New York City Department of Health and Mental Hygiene (DOHMH), so women in Downtown Brooklyn have a comfortable lounge in which to breastfeed or pump milk. And, we are able to raise awareness of the benefits of breastfeeding and to celebrate the practice.

I am now pressing forward with City Council Members Laurie Cumbo, Robert Cornegy, Jr., and Corey Johnson (the latter are two of the standout male leaders in the fight for advancing women’s health) on a proposal to require the City to create dedicated space for nursing moms in a range of municipal government offices that serve the public, such as New York City Human Resources Administration (HRA) job centers and New York City Administration for Children’s Services (ACS) borough offices.

This conversation should include the entirety of women’s lives. Our society has often avoided discussion of menopause, depriving many women of information about the symptoms of menopause such as hot flashes and an awareness of available treatments. In our celebration of Women’s History Month this past March, Council Member Cumbo and I organized a day of panel discussions and workshops to speak with women about every stage of life and to start a conversation surrounding the natural changes that occur in life, not only physically, but also emotionally and spiritually. For some, it was the first time anyone had engaged them on these topics. We ask businesses and other institutions to follow suit and to reasonably accommodate these life transitions.

The days of relegating women’s health to second-class status or worse are over, and our laws and policies must reflect that for every stage of a woman’s life. Men, who still write most of those laws and policies, have a responsibility to join in this conversation and to insist on fairness and equality.

***
Eric Adams is the president of Brooklyn. On Twitter @BPEricAdams.