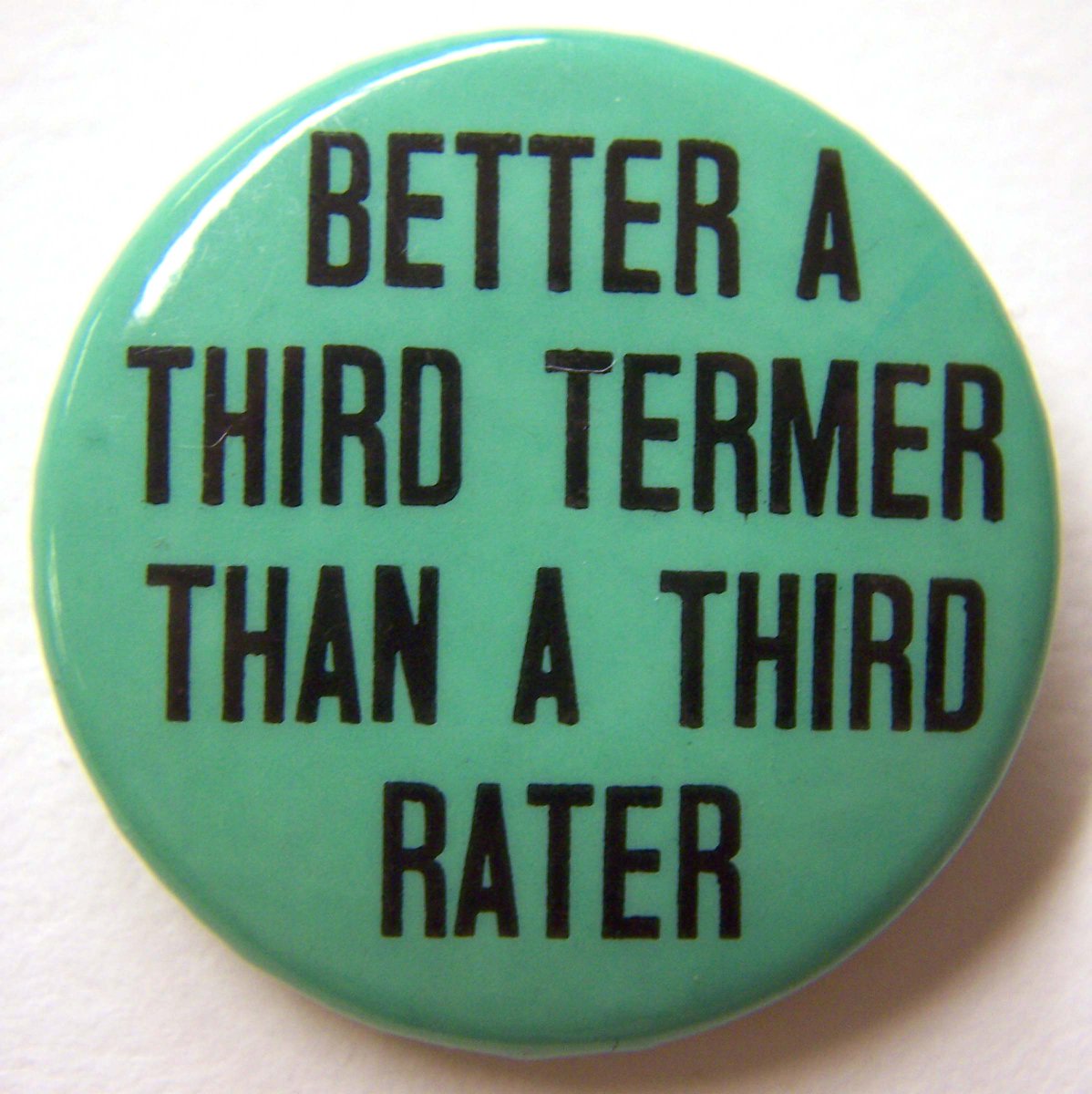 The tumultuous 2016 presidential campaign will soon be over. This year may set a record for "October Surprises," unexpected revelations and events that grab media attention, jar the campaign, and alter candidates' prospects. It may be fitting that it is two candidates who call New York home having it out over these final, fitful days.

For Donald Trump, it has been a series of major shocks -- evidence that he did not pay federal income tax for at least several years, sexually aggressive comments on a 2005 recording, and a dozen women coming forward to claim he sexually harassed or assaulted them.

For Hillary Clinton, the unexpected developments have been milder, e.g., revelations of e-mails from her campaign staff about political tactics and speeches to business groups setting forth positions that seem to be at variance with some of her current campaign positions.

Another "surprise" of sorts was the news that came out on October 24 that premiums for health-plan coverage sold through HealthCare.gov, commonly known as Obamacare, will increase sharply next year. Clinton has endorsed Obamacare but vowed to fix it. Trump has promised to repeal it. And the FBI’s late October announcement of a new avenue in the investigation into her email server when Secretary of State has thrown yet another surprise into the campaign.

"October Surprises" can determine the outcome of a presidential race. In particular, they can sway undecided voters. Their impact can be particularly significant if they come late in the campaign, grab public attention, and leave the affected candidate with little time to react or respond.

In the 1940 presidential campaign, an "October Surprise" sprung by Democratic President Franklin D. Roosevelt in New York City demoralized his opponent, Republican Wendell Willkie, and altered voters' perceptions of him. It is one of several over the course of U.S. presidential history.

An Unprecedented, Shaky Republican Presidential Campaign
Willkie resembled Trump in some ways. A former Democrat and businessman without political experience, he had secured the nomination away from seasoned Republican leaders, including U.S. Senators Robert Taft and Arthur Vandenberg. He distrusted the Republican establishment, replaced the chair of the Republican National Committee with his own choice, Representative Joseph Martin (who was also minority leader in the House of Representatives), but kept the RNC at arm's length, running his campaign mostly through a campaign staff assembled by Russell Davenport, an editor on leave from Fortune magazine. Business interests and the business press supported Willkie.

But Wilkie’s campaign was erratic. He couldn't resist making quips and off-the-cuff comments to reporters that were sometimes at odds with his official campaign positions. They were somewhat comparable to Trump's tweets, which capture media attention. Republican regulars grew disenchanted with their candidate and many turned their backs on him, concentrating on Senate and House races. Willkie reciprocated, showing indifference or even contempt toward his adopted party. He didn't coordinate his campaign with his vice presidential running mate and party regular, Oregon Governor Charles McNary, somewhat analogous to the way that Trump and Mike Pence sometimes seem to be out of sync in this campaign.

Sometimes, Willkie parked his campaign train, the Willkie Special, on sidetracks outside of cities overnight to avoid having to share the stage at campaign rallies with Republican leaders. In an unfortunate remarked picked up by the press, he referred to some of his party's leaders as "boll weevils."

Willkie endorsed most of FDR's reform program known as the New Deal but claimed it cost too much and, as a businessman, he could administer it more efficiently than Roosevelt. Willkie had at first supported FDR's position of aiding Great Britain in its struggle against Germany at the beginning of what would evolve into World War II, including endorsing a deal the president made to exchange aging American destroyers for British bases. But toward the end of the campaign, Willkie reversed himself, said the deal should have had Congressional review and approval, and asserted that FDR would get the nation into the war. Willkie's inconsistent messages and his flip-flopping on the issue of aid to Britain undermined his campaign.

But as the election neared, Wilkie seemed to find new energy and determination. His attacks on the president became more pointed. He seemed to be picking up momentum and support.

FDR's Witty October Surprise
FDR's re-election campaign was humming along in the fall but needed an energizing boost by the end of October to ensure a victory over Willkie. The veteran New Yorker chose a New York audience at a political rally at the stellar New York public meeting place, Madison Square Garden, on the evening of October 28 to deliver the best speech of the campaign. In those days, Madison Square Garden was the most prominent forum in the nation, and the place for presidential candidates to give their most important speeches because of coverage by New York newspapers and other media.

The President was fired up after a day of campaigning. "I have had a wonderful day in New York, in all five boroughs," he began.

After discussing his record on domestic policy and national defense, he turned to ridicule Willkie and the Republicans for inconsistency on defense preparedness. "For almost seven years the Republican leaders in Congress kept on saying that I was placing too much emphasis on national defense...now with their eyes on the good old ballot box, they are charging that we have placed too little emphasis on national defense." It reminded him of the popular song "The Daring Young Man on the Flying Trapeze" as Republican politicians did "somersaults or trapeze acts" for political gain. It was a record of "timidity, of weakness, of short-sightedness," the president declared.

He cited Republican opposition to defense appropriation bills and singled out three Congressional reps in particular. One was Massachusetts Rep. and House Minority Leader Joseph Martin, who was also the chair of the Republican National Committee whom Willkie had installed. The other two were New Yorkers. One was Bruce Barton, who represented a district just north of the city, in Rockland and Westchester counties, and who was running for a seat in the U.S. Senate in 1940. The other was Hamilton Fish III. A scion of a politically active family -- his grandfather, the first Hamilton Fish, had been a New York governor, U.S. Senator, and Secretary of State -- Fish III represented FDR's home area, Dutchess County, and had been a particularly incessant critic.

It was safe and tempting to attack these two upstate New York Republicans before a primarily New York City audience. They made particularly good targets because they had also opposed many of Roosevelt's New Deal measures to combat the Depression as well as his foreign policy.

FDR gave their full names the first time he mentioned them in the speech but, the second time, shortened it to the euphonious term "Martin, Barton, and Fish!" The third time, the crowd shouted the three names with him. In Boston a few nights later, he returned to the theme of Republican obstructionism. Each time the president mentioned Martin the crowd completed the chant with "Barton and Fish!"

Martin did not respond. But the New York targets of FDR's jab did. Barton told an audience the day after FDR's speech that "the New Deal has concentrated every effort to make you forget its failure at home by focusing your thoughts and fears on the tragic events abroad."

Fish fumed in a November 1 letter to The New York Times that "the Democratic Party has become the party of intervention and war and the Republican Party that of nationalism, national unity" and that FDR's "reckless and provocative statements" would get the nation into the war. But their protests did little good. FDR had sprung the "Martin, Barton and Fish!" slogan too late for their responses to get traction in the media.

It was an immensely clever political move. FDR had pivoted from attacking Willkie to tying him to unpopular positions leaders in his party had taken. Willkie really had no responsibility for what they had espoused. He knew Martin but there is no evidence he had even met Barton and Fish. But FDR's new political tack threw his campaign off stride.

Like FDR, Willkie chose to finish his campaign in New York, at Madison Square Garden, on November 2. It was his last chance to connect with the electorate. But the candidate was weary by then, his audience was subdued, and his message was bland.

He indicated agreement with much of the New Deal but criticized FDR for doubling the national debt to pay for it. FDR's programs had added too many bureaus, boards, and commissions, constituting "a deadweight structure of bureaucracy."

"Not once has he stimulated the expansion of enterprise or of American industry," Willkie asserted, and in fact FDR had fanned the flames of public distrust by criticizing the business community for its opposition to taxes and what it saw as overregulation.

FDR's lust for a third term as president was dangerous. Willkie did not offer concrete proposals or a pervasive rationale for voting for him as the alternative, though.

Willkie praised Martin for his work on the presidential campaign but did not refer to Martin's campaign for reelection to Congress in Massachusetts. Barton and Fish were not mentioned.

The candidate did not address FDR's assertion that Willkie's party was obstructionist and even unpatriotic because of its opposition to military preparedness.

Willkie, disheartened by the president's clever campaign tactic, had given up hope of winning. He later remarked that when he heard the president hang the obstructionist votes of Martin, Barton, and Fish on him, he knew he would lose the election.

He did lose on Election Day. Of course, many factors contributed to FDR's victory. A proven leader who was popular with Americans, FDR probably would have won anyway, but the president's "Martin, Barton, and Fish!" ploy helped sink Willkie's candidacy by finding a new way to ridicule and attack it -- in effect, through guilt by association.

It also helped the Democrats retain majorities in both houses of Congress.

Beyond The ‘October Surprise’
Willkie joined a New York City law firm, served as an informal diplomat for FDR in the early years of World War II, and tried again for the Republican nomination in 1944, but found little support. He died later that year.

As for Martin, Barton, and Fish? Martin was easily re-elected to the House, serving until 1966, including two years as Speaker. Barton lost his bid for the Senate. He returned to work at a public relations and marketing firm he had helped establish, Batten, Barton, Durstine & Osborn. (The firm, now called BBDO, still operates in New York City). Fish coasted to victory and stayed in Congress until 1945.

The whole episode shows the power of a clever turn of phrase to refine or even redirect the political debate. For voters worried about whether the nation could continue to climb out of the Great Depression and about the prospects of being drawn into war, the witty phrase from their good-natured, confident president was reassuring.

Distilling a campaign into a catchy new slogan in the last weeks of the contest is mild compared to some of the harsh October Surprises we have had his year. There may even be more to come, e.g., more revelations about Russian interference in the campaign. Sometimes, October Surprises mostly devolve into footnotes in history books. But in other cases, they can tip a close race one way or another.