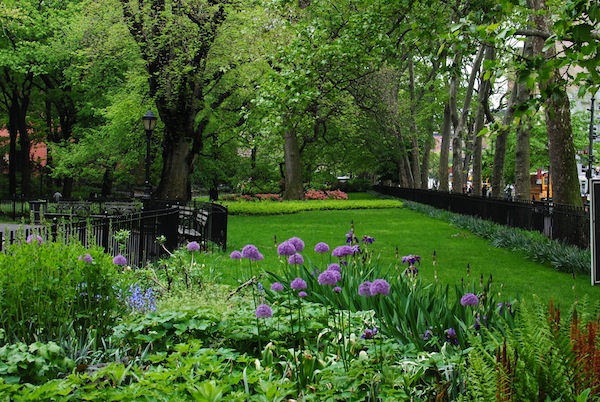 New York City is ruled by political elite, based in the Democratic Party. Elected officials regularly run unopposed or win re-election by margins that approach those of one-party regimes. They nominate and appoint community board members. They endorse each other’s re-election. They co-sponsor bills, attend party fundraisers, and work together to restrict the citizenry’s right to be heard and influence policy. Nowhere is this anti-democratic approach clearer than in the case of the American Museum of Natural History’s planned annexation in Margaret Mead Green and Teddy Roosevelt Park.

The museum, a private institution, wants to erect a giant, gas-fueled building in a public park. And, its “done deal” allies in government are all-too-willing to help them. For a year, the Manhattan borough president, the local City Council member, the community board chair, the city comptroller, the local Assembly member, and the city parks commissioner have told everyone that the project was, “a done deal.” Without a public hearing, before any community board dialogue, these “representatives” spread the word that the annexation was a forgone fact.

However, park preservationists, environmentalists, educators and neighbors have objected. They describe the plan as toxic, because, well, the museum wants to build on top of a toxic waste site and because it would spew millions of metric tons of carbon dioxide into the air. More than 4,000 people have picketed and signed petitions arguing against this eco-cide. They’ve pointed out that the neighborhood is already glutted with cultural institutions (e.g. Lincoln Center, the Historical Society, the Manhattan Children’s Museum) while other neighborhoods suffer a lack of cultural resources (The Bronx has only two museums for a borough of 1.5 million people.).

Those who live closest to the site worry about an additional 800,000 people each year flooding the tiny park’s pathways to gain access to a new gift shop, restaurant, and event space. Finally, everyone became outraged when a local journalist revealed that the Done Deal Democrats had appropriated nearly $100 million of taxes for this project.

Opponents of the plan went to Community Board 7 to urge its neutrality and to request that information from both sides of the issue be placed on the board’s website. Instead, the only material that appeared was provided by the museum, which wrote glowingly about its own proposal. For nine months, opponents of the plan asked the board to hold a public hearing before the city budget was approved and millions more allocated. Instead, the board officially joined a “working group” organized by and at the museum, so it could work out the kinks of the plan’s implementation.

And, when the community board finally got around to holding a hearing on the plan, the museum was allotted 45 minutes to make its case while opponents were given one minute each.

How has the museum been able to secure such enthusiastic support for this project from these public servants? Why have all these government officials been so generous with our tax dollars? In a word, lobbyists.

The museum has hired at least half-a-dozen lobbying firms to ply millions from our state and local treasuries. Seems surreal but true: public servants giving a private institution an enormous sum of our money to plunder our public asset, Teddy Roosevelt Park. The process is well-documented on the website of the state’s Joint Commission on Public Ethics (JCOPE) and OpenSecrets.org. One firm is hired to influence the borough president, the mayor, the comptroller and the City Council. Another is hired to lobby government officials at the state level. And, yet a third set of influence-peddlers work on the federal level.

In an age when cities around the world are striving to reduce greenhouse gases, our city is indulging this fossil foolishness of the museum’s expansion. In an era when citizens are manifesting a gross distrust of government, New York City is operating like an autocracy. And, in a neighborhood rife with segregation and inequality, these Done Deal Democrats are reinforcing those disparities.
In the names of Teddy Roosevelt and Margaret Mead, we can do better.

***
Dr. Cary Goodman has lived on the Upper West Side for four decades and has been active in the community throughout.