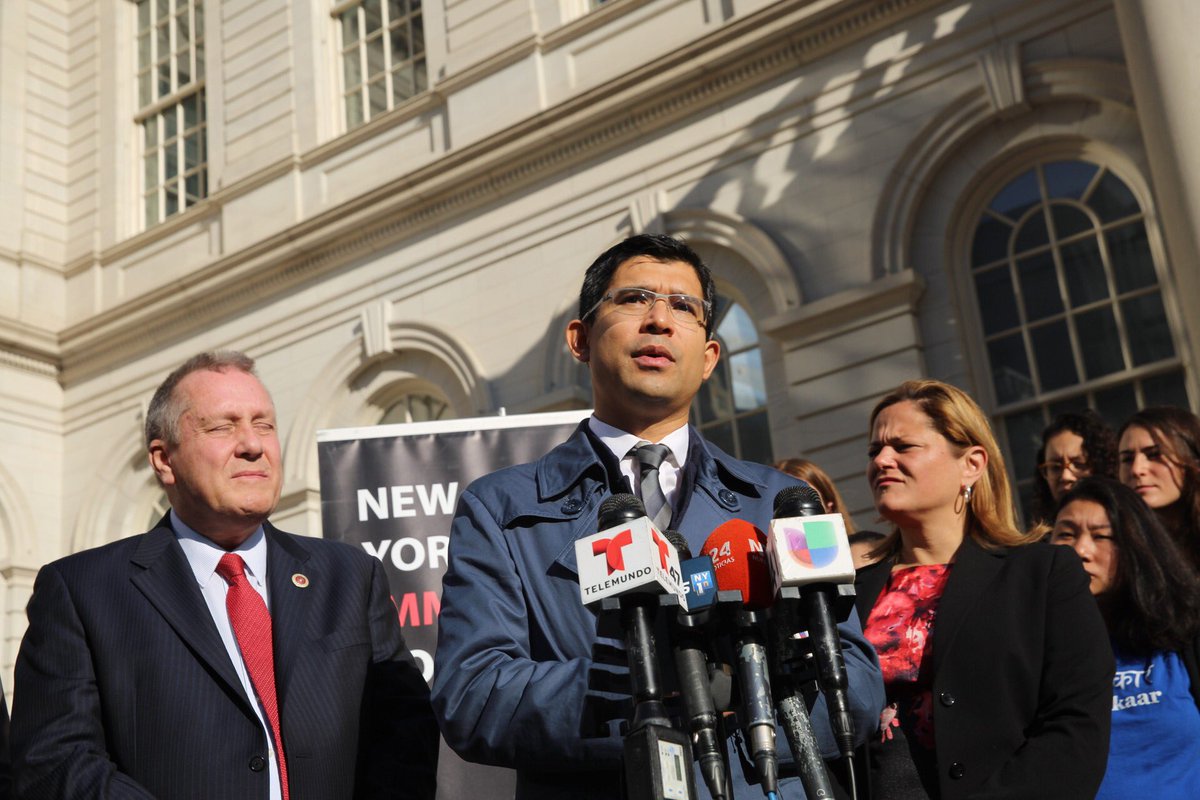 Barack Obama may have given his farewell address, but he still has work to do. In his speech, the president rightly celebrated America’s history of welcoming immigrants and their contributions to our country. But Mr. Obama’s legacy on immigration is mixed. He has both deported more people than any prior president and acted in America’s best traditions by letting the Dreamers - undocumented youth brought to the United States as children – emerge from the shadows. There is one final step that President Obama can, and should, take to cement his legacy on the side of history we know is in his heart.

Most immigrant families in the United States are mixed status, meaning most have children who are citizens and immigrant parents, including Legal Permanent Residents (LPRs). The incoming administration’s promise to deport 2-3 million people with legal infractions threatens to rip these American families apart, because the threshold for deporting legal permanent residents is so low. Experts argue that this 2-3 million number cannot be reached without deporting people for minor offenses, such as traffic tickets. This is why I recently joined 60 local elected officials from across the country in asking President Obama to grant a blanket pardon to legal immigrants who have minor infractions and pose no threat to the country. He can prevent the breakup of these American families.

Having already designated Legal Permanent Residents with minor convictions as low priorities for deportation, President Obama could protect these American families further with a presidential pardon.

Some will object, arguing that America is a country of law and order. We agree, and support the deportation of those posing a risk to our community. We also support the American belief that punishment should fit the crime. Someone who had a minor infraction such as shoplifting or excessive traffic violations as a teenager could be eligible for deportation 20 years later as a responsible adult with children who are citizens. These deportations make no sense, and hurt families and children without enhancing the wellbeing of the country.

The group making this request, Local Progress, is composed of local elected officials that know, work with, live in, represent, and are part immigrant communities. We know that deportations cripple families and harm neighborhoods and the economy. We also know that the American Dream lives in our communities and that the country benefits from these newcomers and their children. Pardoning this group would prevent the unnecessary breakup of our American families, and allow parents to stay where they belong, raising their children in the communities they have helped build.

Watching President Obama’s farewell speech, I could not help but think about the many families in my Brooklyn district that have lost a family member to deportation. The effects are harsh. When a father gets deported, the family loses income and can lose their apartment. The education of children can be disrupted, and those remaining long to be with their missing family member. For the children – citizens, immigrants, or both – it is a hurt that does not go away. It is a step the U.S. government should not take lightly, or for symbolic political reasons.

I stand with my fellow elected officials to ask President Obama to grant these pardons. I also call on my fellow New Yorkers to call the president’s office and tell him to grant clemency to the hundreds of thousands of immigrants who stand to lose under President Trump. Before he leaves office, President Obama can help cement his legacy with such a pardon. He has the power, and should use it, as other presidents have done in the past. There is still time.

***
Carlos Menchaca is a New York City Council Member and Chair of the Council’s Immigration Committee. On Twitter @cmenchaca.