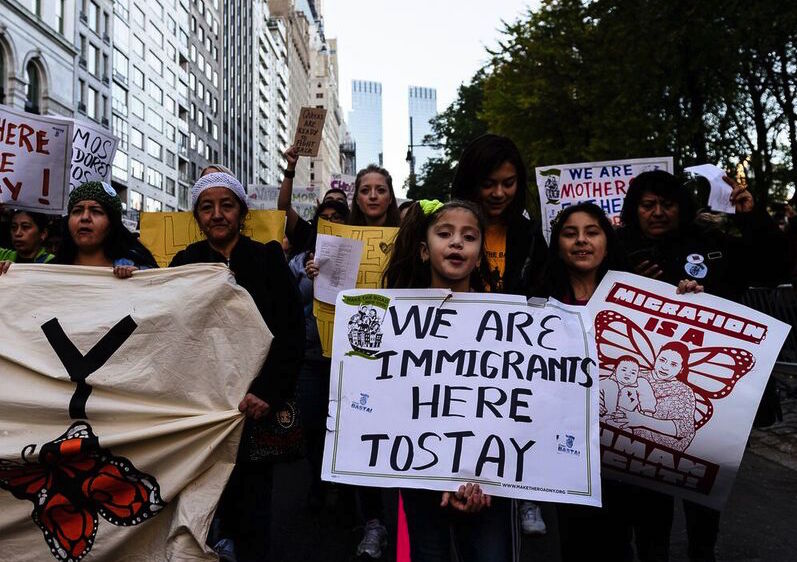 I came to this country at the age of two. I have grown up in this country for over two decades, and I am a New Yorker through and through. New York City is where I go to school, where I work, and the place my family and I call home.

But my life here, and my family’s life, is at risk because I am a “Dreamer.” My only protection from being separated from my family is Deferred Action for Childhood Arrivals (DACA).

But, for immigrants like me, there is one key lesson from the first months of the new administration: when we fight back, we win.

When Trump issued the Muslim and refugee ban, it was enormous grassroots opposition, coupled with legal advocacy, that blocked these policies.

When Daniel and Daniela were detained, it was a groundswell of popular support—protests, petitions, and more—that got them free.

When Trump and Paul Ryan tried to repeal the Affordable Care Act and take health insurance away from tens of millions of people, it was ordinary people taking to the streets, town halls, and congressional offices that defeated them.

Despite these early losses, Trump shows no signs of slowing down his anti-immigrant agenda. Having failed to pass healthcare reform, Trump now wants to pass a budget that will allow him to build a wall that we don’t need and spend billions more to terrorize our families. But our communities will defeat his wall and his budget in the same way we’ve beaten him on his other priorities: by taking to the streets.

That’s why, on Monday May 1, at 5pm in Foley Square, I’m joining a coalition of dozens of immigrant, community, and labor organizations to rally for immigrant rights and workers’ rights.

On May 1, whether you were born here or in another country, whatever you believe in or however you got here—we need to stand together and resist together. With 50,000 people packed into Foley Square, we will demand that Trump stop his unjust attacks towards our communities.

Immigrant families are under attack. Workers’ rights are in jeopardy. And Muslims and refugees are in the crosshairs of this administration. Together, we will send a strong message of resistance against Trump’s agenda of hate.

As immigrants, we demand a stop to Trump’s anti-immigrant policies that are separating families throughout the nation and seeking to terrorize us all.

As workers, we demand good jobs, the right to organize and join a union, and for Congress to pass a federal budget that reflects our priorities.

As New Yorkers, we demand respect and dignity for all.

On May 1, with 50,000 people in the streets, we will show that we will not live in fear and that we stand united for a better future for all New Yorkers.