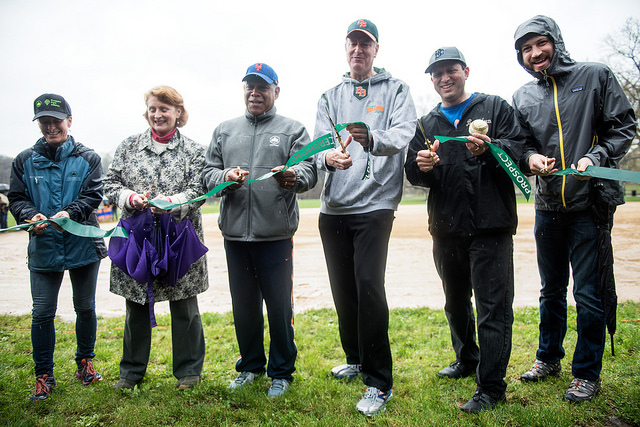 If you’ve ever wondered about the conversations that take place in the well-appointed inner sanctum of the City Council’s member lounge, you may be deeply disappointed to find the truth. Seldom are the chats like those you’d see on House of Cards; nor is the room even smoke-filled these days. We’ve banned that. The most common thing you’re likely to overhear is this: “Why does it take a decade to build a dang playground in my district?”

As the city grows, New York’s ability to effectively and efficiently deliver public capital projects is diminishing. This is no secret. Efforts to improve the system are not bearing fruit; all the while excuses for the delays, cost overruns, and errors become more commonplace.

New York City needs a drastic overhaul of the management of its capital program. The new approach should include the formation of a new construction authority, the ability to award design-build contracts, the appointment of a construction czar with a proven track record, the re-calibration of contracts to reflect a shorter timeline, and the reexamination of the existing and often duplicative approval processes through multiple agencies.

Speak to any City Council member. They can point to examples within their district that highlight the problem. In mine, on Staten Island, we’ve been waiting since 2011 for a glorified gazebo at Conference House Park, and since 2009 for a plaza and pathways at Crescent Beach. At Bloomingdale Park, our Borough President waited so long for a simple stretch of sidewalk delayed by the Parks Department’s own tree regulations that he re-allocated the money to the State Department of Transportation, which is performing the work in a quarter of the time at half the cost.

The Parks Department may be first up in the Council’s crosshairs as it was the subject of an April Parks Committee grilling on this topic, and there has already been the rumblings of legislation to form a Parks Capital Authority. Yet, the agency is far from alone.

The Department of Design and Construction, which was originally launched in 1996 to be the solution to these types of problems, is now part of it. I half joke and half cringe when reminding my constituents that both a DDC-managed little league field and the replacement of the Goethals Bridge were approved and funded around the same time, but there will be cars driving to Jersey before any fly balls are shagged in Tottenville.

Mayor de Blasio did not cause this current problem, but since it now falls in his lap, he should look to form an independent authority as one way to combat its growth. I have heard him publicly and privately praise the work done by the School Construction Authority and the efficiency at which it operates. Respectfully, Mr. Mayor, please take this as a not-so subtle hint, as I trust it may be something you’ve already pondered.

The difference in cost and pace between the SCA and mayoral agencies is enough to drive many City Council members to scrap funding for those like Parks in favor of the SCA. For example, I’ve received rough estimates for a new playground at over $1 million and three years on the Parks side of a jointly-operated schoolyard, while a similar project on the other side of the invisible line controlled by SCA is half the cost and time. As a result, we’re getting several new SCA playgrounds this year on Staten Island.

However, to blame the agencies without acknowledging that some of the delays stem from the design and procurement rules they must follow would be disingenuous. Appointing a Capital Construction “Czar” would allow an overarching review of these policies, primarily to see if they are causing unnecessary delays without meeting their own goals.

A good place to start would be where agencies like the Parks Department often place the blame themselves: right at the doorstep of the Public Design Commission. In the age of data-driven results, it is unclear what the PDC points to as a quantifiable success. To many in city government, it is simply a mysterious all-delaying entity that occupies secluded office space in the rafters of City Hall’s cupola, like a project-killing Quasimodo. All Council members have at least one anecdote about construction being delayed by the PDC. But much like the Hunchback, there’s a belief that it, too, may be a fictitious tale, and one which the Parks Department conveniently uses to account for any postponement.

A new authority led by a czar could reevaluate the usefulness of obstructionist procedural check-offs like the PDC and seek innovative ways to streamline the flow of capital projects. We need a top to bottom review of internal timetables we set, and the contract deadlines we impose. Much of this has already been attempted in earnest by Parks Commissioner Mitchell Silver. He should be commended, as there does seem to be a new focus by the agency on capital efficiency. Still, many of the factors are outside of his agency’s control and thus his reach extends only so far.

This new authority could also look at other municipalities for innovative ideas. Both Chicago and Los Angeles have significant capital programs, which go through similar procedural hurdles during design and contract procurement. However, both cities also split work between separate jurisdictions at the county and city level. Perhaps empowering borough presidents to shepherd and procure capital programs at our own county level could work in our favor.

Additionally, both cities have more liberal design-build laws. This is a policy that is already supported by Mayor de Blasio, who has tried to lobby the state to grant the city this power. For a Governor who is eager to criticize city government, it is unclear why Andrew Cuomo supports a potentially productive expansion of design-build elsewhere in the state, but not New York City.

These are just two ways New York could employ new ideas from elsewhere; but, if we do begin comparing our city to others, we may not be entirely happy with the blunt results. Skim the budget documents of Chicago, Cook County, Los Angeles, and Los Angeles County, and you’ll notice that all of their combined capital dollars are a fraction of what New York City plans to use, especially as our new ten-year capital plan now tops $95 billion.

The fact that New York spends a lot of money is nothing new. Our city budget is roughly the size of Poland’s budget, and the NYPD alone spends more than Mongolia. But when it comes to servicing our capital debt, New Yorkers have a right to raise new questions.

Debt service obligations are predicted to rise by 33% to $8.4 billion by 2021, and the percentage of tax revenue budgeted for it will trickle up to almost 15% in the same period.

Much of this growth is due to expanding interest payments on our ambitious capital program, which with a typical municipal general obligation bond we may be paying interest on for 20 years. It’s easy to accept this cost for a bridge when it’s constructed and the commuters are using it. It’s much harder for the public to digest the fact that we are paying interest on the bonds used to finance a playground or building while it’s delayed by our own morass.

The new statistic the administration should focus on and include in future capital plan slideshows is the amount of debt we are paying on projects that only exist as piles of paper aging on bureaucrats’ desks. Hopefully, by tracking that we can put even more pressure on City Hall to reform the way capital projects are worked through the system.

***
Joseph Borelli is a New York City Council member for the 51st District on Staten Island, a former state legislator, an adjunct professor at CUNY College of Staten Island, and a Lindsay Fellow at the CUNY Institute for State and Local Governance. On Twitter @JoeBorelliNYC. (The opinions expressed are those of the author and do not necessarily reflect the views of CUNY ISLG or any other affiliated entity.)