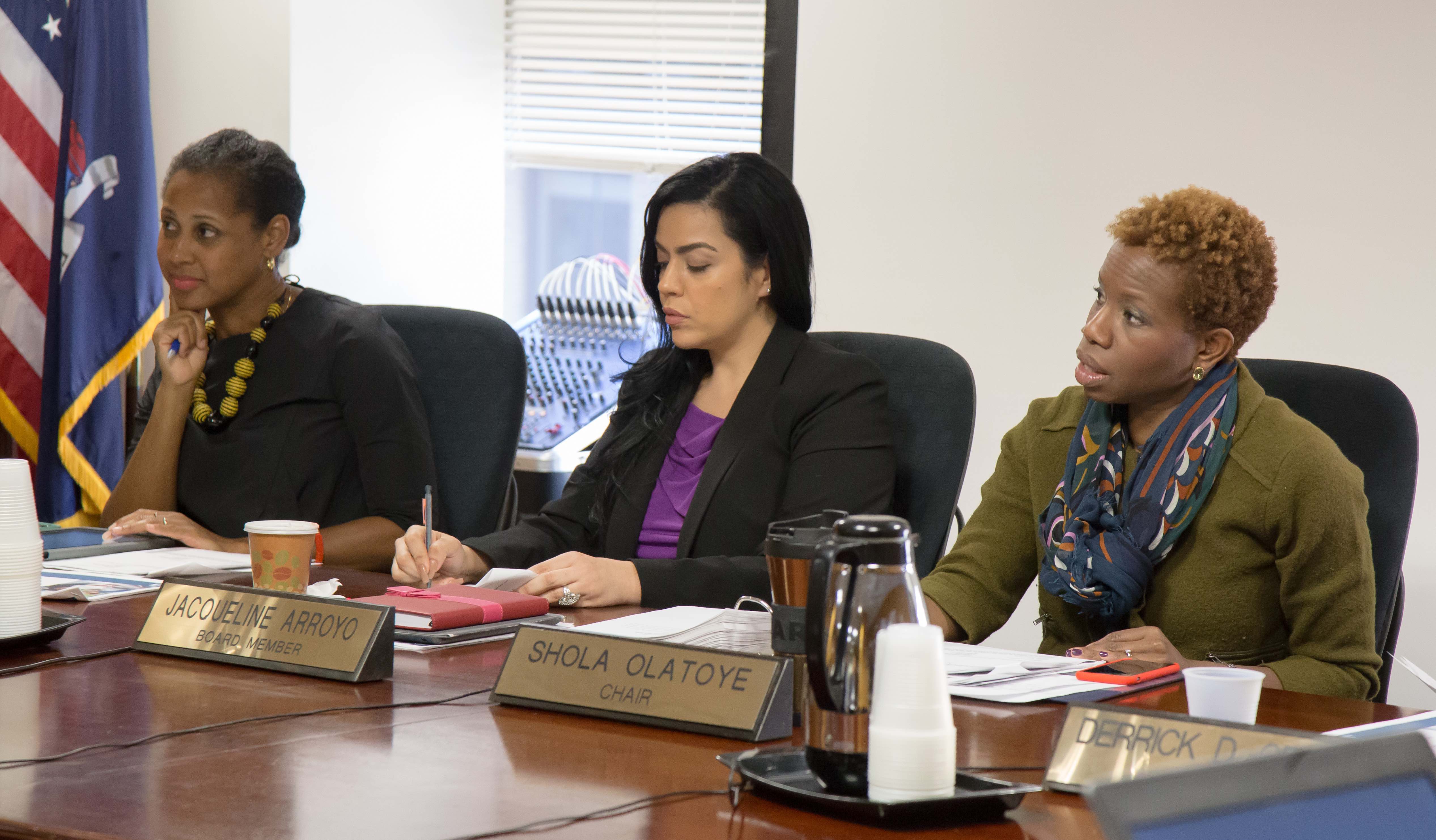 A NYCHA board meeting

Residents understand better than anyone what it means to live in public housing. On the second anniversary of the NextGeneration NYCHA long-term strategic plan, we find our homes under attack from the federal government.

As both residents and board members of the New York City Housing Authority (NYCHA), we have unique insight into the challenges facing the housing authority, but also the successes of NextGen NYCHA. Two years ago, when Mayor de Blasio and NYCHA Chair Shola Olatoye stood in front of residents, they announced a bold plan to put us on stable financial footing. They set out a path to better fund, operate, rebuild and engage developments. And despite numerous obstacles, as residents, we can say firmly, we have made progress.

NYCHA has increased revenue by almost $33 million, saved millions and become more efficient by implementing new technology, protected buildings by building new roofs, built almost 1,500 new affordable apartments, started 10 youth councils and placed almost 6,000 residents in new jobs. NYCHA and the brave officers of the NYPD have worked together to come up with new ways to secure developments and keep our families safer. When you mention funding as well as advances in technology and job placements there is still the human element to be considered. The list could go on.

What’s important though, is that residents are starting to feel these changes and feel their voices are being heard. Their vision is being broadened, resulting in a greater sense of responsibility for their environment, and ultimately residents feeling empowered to bring about change. NYCHA is listening to residents and is genuine in their mission to change the way they do business. Everyday they’re becoming better landlords. That doesn’t mean there isn’t work left to be done - there is. But we know that with Chair Olatoye and the team she and the mayor have put in place, they are moving in the right direction and lives are improving as a result.

Despite this remarkable progress, our buildings are in poor condition because of years of neglect by the federal government. Our roofs sag, the facades are crumbling and the pipes leak. Now, the president has proposed cutting over two-thirds of the budget dedicated to keeping our buildings standing, the capital budget. This is not about politics or parties, it’s about dismantling the future of public housing and jeopardizing the progress we’ve made on our long-term plan NextGen NYCHA. It is a horrific message to send to those who are the backbone of our society. In its simplest terms, these proposed cuts would lead to higher numbers of homelessness.

We are calling firmly on our partners to stand proudly with NYCHA and demand the federal government fully fund public housing. Obstruction and budget cuts are not the road ahead for solving the housing crisis in the city. For many, NYCHA is what stands between them and homelessness. With over half a million residents, NYCHA housing is the size of Miami, and will always have room for improvement, but it is essential that we consider humanity first, before economics. If public housing isn't adequately funded, we will devastate working families, counter to the roots of public housing in our city and country. During this crisis, when the very existence of public housing is threatened, it’s time to come together to protect the lowest income New Yorkers and save NYCHA.

***
The authors are Resident Board Members of the New York City Housing Authority.