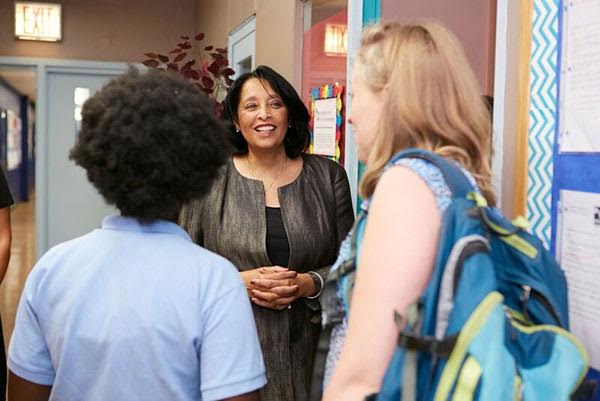 Prince Harry’s recent admission he is seeking treatment to come to terms with his mother’s death made headlines across the globe and for good reason. As recently as 20 years ago public opinion polls here in the U.S. found more than half the country believed depression was a sign of personal or emotional weakness. So when one of the world’s most recognizable and influential figures says not even a royal is immune to mental health challenges, it can have a significant impact.

Harry, along with his brother and sister-in-law, the Duke and Duchess of Cambridge, have started an advocacy campaign to remove the stigma of mental illness worldwide, primarily aimed at reaching the younger generations. Given that two out of every three children experience a traumatic event by their 16th birthday, this effort couldn’t have a better audience.

In working with children and families for more than 20 years here in New York City, I have seen firsthand how addressing mental health issues at an early age leads to better learning outcomes, stronger family relationships, and improved life outcomes. It’s not a secret that mental health is as critical as physical health in a child’s long-term development, and child psychiatrists see that every day in their work.

But advocacy alone won’t be enough to protect the countless children, including many in our own city, who fly under the radar. Untreated mental illness disproportionately affects communities of color. In fact, African-Americans are 20% more likely to experience serious mental health problems than the general population. In our schools, these are the kids most often labeled as “behavior problems” and disproportionately represented in our suspension and dropout rates and in our criminal justice system.

Over the past several years, New York City has started to take some important steps towards identifying and supporting the mental health needs of students, but of course we need an even more committed effort.

For example, Northside Center, which I lead, recently announced a partnership with CVS to expand Clinic in Schools, an initiative that provides in-school mental health services and referrals for families. In the ten schools in which we currently work, we have seen great strides in treatment for children with anxiety and depression. The partnership will allow us to expand our services more comprehensively in the ten schools we currently serve with an eye on expansion to more schools as space and funding permit.

In addition, First Lady Chirlane McCray recently expanded her ThriveNYC program, which provides free mental health services to children ages 0-5 throughout the city. These kinds of programs make a significant difference for the individuals they serve. Schools with full-time social workers and other mental health services report fewer classroom disruptions, lower suspension rates and absenteeism. And we know the more time children spend in school learning, the more likely they are to have better academic outcomes.

But we also know there are more than 1,700 public schools and a million school kids across the five boroughs, and many are slipping through the cracks.

Mayor de Blasio’s new “3-K” initiative holds tremendous potential in this area. By getting students into formalized education programs at three years old, we can identify and address learning and behavioral challenges even earlier – issues that if left unattended often become major barriers to achievement as these children grow up. As with any health issue, prevention is the most effective treatment.

Despite all this progress, I worry about the future. We don’t know how federal health care and Medicaid reforms will affect mental health services for our most vulnerable citizens nor the impact on insurance plans that already undervalue the importance of these treatments. Any program that increases the number of uninsured Americans bodes poorly for our health as a nation.

We’ve come a long way as a country in recognizing that mental illness is a common and treatable disease. New public opinion polls show two-thirds of the population view mental illness as a very serious health concern. If depression and anxiety can alter the life path for years of a man like Prince Harry, imagine what it does to a child who doesn’t have the advantages he does. It’s time we turn this increased awareness into action. We can start by making stronger connections for decision-makers that show mental health translates into school, career, and life success, and not just for royals but for everyone.