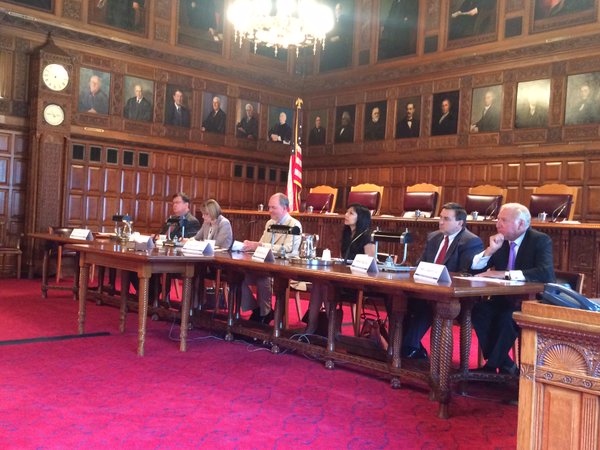 Currently, a procedural loophole in the state’s laws allows a few politically-connected law firms to game the courts and win themselves massive attorneys’ fees by manipulating the truth of their clients’ exposure to asbestos -- intentionally misleading courts and bankruptcy trusts by obscuring the truth.

When a victim of asbestos exposure decides to seek compensation, they can file claims in civil court against the companies they deem responsible, and also seek compensation from the trusts established to handle claims for asbestos manufacturers which have filed for bankruptcy. In theory, the system allows these claimants to be appropriately compensated by all the parties responsible for their exposure.

In practice, however, some lawyers will first file a civil complaint in which they claim a specific company or group of companies are solely responsible for their client’s exposure to asbestos. Once that civil case is concluded – a process that generally takes at least six months and can potentially go on for years – the lawyers often then file multiple bankruptcy trust claims, which present completely new and contradictory claims asserting that multiple bankrupt companies are responsible for their clients’ exposure.

This practice allows lawyers to punish companies in court by placing the full burden of victims’ exposure on a single manufacturer, when in reality, the lawyers know that many other companies were also responsible.

By changing the facts of their claims once the civil portion of the process ends, lawyers are defrauding the bankruptcy trusts and enriching themselves with additional legal fees. The practice obscures the full evidence of the case from the courts and defendants alike, and abuses a system established to fairly and justly offer recompense for victims of asbestos exposure.

No lawyer should be able to falsify the facts of a case simply to line their own pockets, and a legislative remedy to this problem is desperately needed.

Right now, a bill before the New York State Legislature offers a clear solution. Under the Truth, Fairness, and Transparency in Asbestos Litigation Act, all bankruptcy trust claims would be required to be filed within 45 days of the start of any civil action, taking away the opportunity for lawyers to make one claim in court and then present an entirely different story months or years later.

A dozen other states have already beaten New York across the finish line in battling this dishonest practice, including three in just the past year alone. Closing this loophole accelerates compensation for the victims of asbestos exposure, and prevents the fraudulent and blatantly inappropriate misuse of a system designed to help suffering victims and their families.

As quoted by the sponsors of the bill in New York, a federal judge called the use of this practice an “infection” within the legal system, which represents an intentional effort to suppress and obscure evidence during the legal proceedings. Efforts to pass the bill are supported by veterans, lawmakers, business groups, and more, including former judges and lawyers who witnessed these abuses firsthand.

Our legal system is intended to protect all New Yorkers, and to administer justice appropriately and in accordance with the facts of any given case. It’s time for our laws to change and force transparency and honesty into this system, and end this dishonest and indefensible practice.