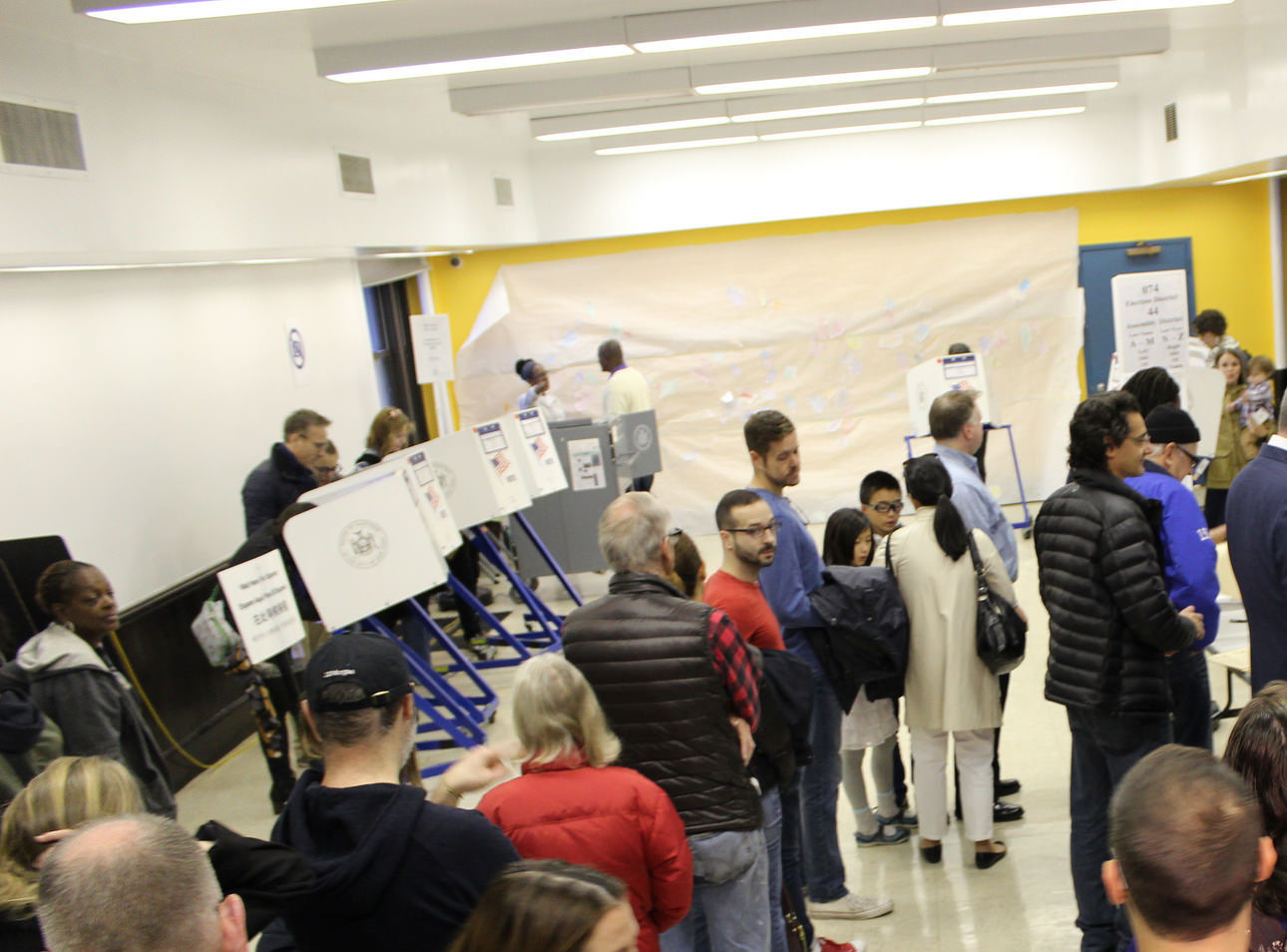 We are in a perilous time for voting rights. Since even before President Trump’s inauguration, he has been pushing the myth of widespread voter fraud. With the creation of the Presidential Advisory Commission for Election Integrity in May, he put the power of the federal government behind perpetuating that claim. This commission is part of a larger and systematic assault on voting rights.

Our government, both on the federal and state level, has made increasingly aggressive moves to redefine voting as a privilege rather than a fundamental right. The ultimate goal of these efforts is to make the electorate older, whiter, and more conservative by disenfranchising millions of students, low-income women and men, and people of color. Voting rights do not have the emotional appeal of some of the other dangers presented by this administration. However, our right to vote is our ability to have a say in the makeup and functioning of our government and our judicial system.

The efforts to restrict that ability are a key component of a larger effort to perpetuate a status quo of white supremacy, of ableism, of patriarchy, of deciding whose lives matter. Even after the passage of the Fifteenth Amendment, African-Americans continued to be disenfranchised for close to 100 years by vigilantes and mobs through a campaign of intimidation, terror, and assassinations. The violence that recently occurred in Charlottesville must be understood in light of our past and present struggles to preserve and expand the right to vote.

In May, Indiana enacted a law requiring a single county to consolidate precincts with fewer than 600 active voters, which would potentially eliminate half of the county’s voting precincts. The county in question, Lake County, is home to the largest Hispanic and second largest African-American population in the state. The Indiana Conference of the NAACP, supported by Priorities USA Foundation, filed a complaint challenging the law this month, arguing that the law violates Section 2 of the Voting Rights Act.

We see no reason to believe that the DOJ will fight on the side of the citizens who will be disenfranchised by this law. More recently, the Department of Justice, led by Attorney General Jeff Sessions, reversed a position held under the Obama administration and filed a brief siding with the state of Ohio after it purged thousands of people from its voter rolls for being “inactive” after not voting in two elections. Rather than defending its citizens and working to guarantee our right to vote, the DOJ is using its significant influence to support the practice of denying eligible voters their rights. The actions join the propagation of voter ID laws and voter roll purges in states like Wisconsin, Georgia, and beyond. These attacks are as widespread as they are effective.

The threat of voter roll purges and voter suppression now looms over the Empire State.

Earlier this month, the New York State Board of Elections complied with a Freedom of Information Law (FOIL) request for New York voter roll information from the President’s Commission. The BOE turned over publicly available data (name, birthdate, home address, gender, political party affiliation, and voting history). The Co-Chairs of the BOE and Governor Cuomo released strikingly similar statements justifying this release, while explaining that they remain committed to protecting New Yorkers.

In Governor Cuomo’s statement, he referred to the commission as “a politically-motivated organization seeking to perpetuate the myth of voter fraud.” In response to questions by Brooklyn Voters Alliance members, BOE Co-Chair Douglas Kellner stated, “I have repeatedly indicated my concern that the leadership of the Presidential Commission has a track record that shows they are more interested in voter suppression rather than uncovering fraud. Nevertheless, New York law is unambiguous that any person can obtain a copy of the public voter list as long as they agree that the list will used be only for election purposes.”

We are pleased to see our elected officials and state agencies acknowledging the real threat posed by this federal administration. However, merely acknowledging the problem is not an adequate response to the grave threat New Yorkers face.

Despite living in a state that is known for championing progressive values, the voting rights of New Yorkers are vulnerable. And despite prior assurances by Governor Cuomo, New York is not leading in the area of voting rights.

As the Governor has acknowledged, we have some of the most outdated election laws in the country. Yet, the state Legislature passed none of the voting reforms introduced this legislative session. It is time for actions to match the rhetoric. It is time for New York’s elected officials to counter the efforts of the Trump administration to disenfranchise Americans by providing automatic voter registration, early voting, same day voter registration, and other measures that will expand access to the ballot and make it easier for all New Yorkers to vote.

Our rights will not be preserved by eloquent statements and voter registration drives. New York voters need full protection of our registration and voting rights. We need a government that demonstrates it will protect the voice of all of its citizens. That is why we demand meaningful voting reform.