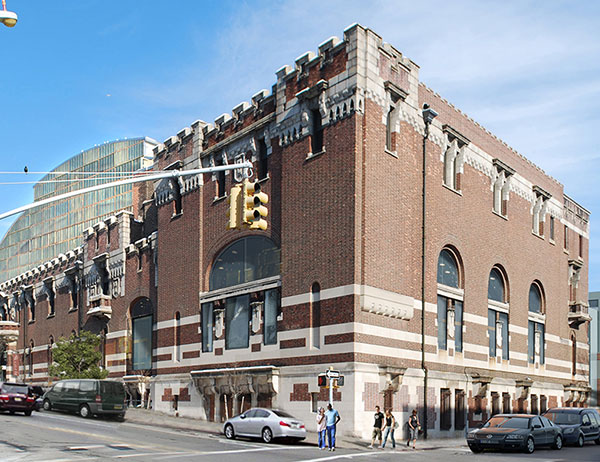 For months, thousands of Crown Heights residents have petitioned, testified, marched, and protested against a proposed redevelopment at the Bedford Union Armory, where the plan backed by the de Blasio administration would take a massive parcel of public land and give it to a private developer to build high-end housing and a recreation facility.

The local City Council member, Laurie Cumbo, recently won her Democratic primary for reelection after opposing the deal, promising that she would insist on no luxury condominiums, while her backers promised she’d push for 100% affordable housing at the site. But Cumbo is now moving the goalposts in a dangerous direction.

Crown Heights is one of New York City’s most rapidly gentrifying neighborhoods. In 2015, over 20,000 families faced eviction in the three zip codes surrounding the armory, many of whom lived in the community long before it became a “place to be” for those moving into the area.  Nearly 30% of shelter entrants in the city are from Brooklyn and if this project proceeds as currently designed, even more longtime community members (many whom are people of color and of West Indian descent), will be displaced from their homes and have to move to a shelter that probably won’t be across the street like the mayor’s plan suggests.

From the beginning, the community’s demand has been simple to understand. Kill this deal. Go back to the drawing board to create the truly affordable housing that’s desperately needed.

We need a community land trust with local control over the land, and real low-income housing. The only housing to be built should be to protect the victims of gentrification -- displaced homeless families and those at risk of displacement -- not to facilitate more of the same problem. It appeared that Council Member Cumbo had finally listened to her constituents when she opposed the plan currently on the table.

But in a recent New York Times article on the mayor’s housing plan, Cumbo declared that “the community put the line in the sand: no luxury condominiums.”

This “line in the sand” signifies a bait-and-switch. In fact, it’s simply where Cumbo has moved the goalposts after winning a competitive election, and the Council member should know that the community sees what’s happening.

Redevelopment of the Bedford Armory was the central issue in the recent primary. During the campaign, Cumbo supporters spent $135,846.64 on more than 10 mailers and robocalls in an effort to convince Crown Heights voters to support her. These mailers were clear on Cumbo’s position: shut the deal down without 100% affordability at the armory site.

Cumbo won promising a much better deal, and now she just wants to scrap the condos.

Let’s be crystal clear: a project that moves forward with any luxury housing – rentals or condos – is still not a project for us. A community land trust with real low-income housing would be a practical solution that could contribute to solving the homelessness crisis in Brooklyn and in New York City overall, especially since this is public land. But a housing plan that moves forward with only 18 units affordable to the average resident of Crown Heights is not just unacceptable, it’s an insult.

If Cumbo doesn’t kill the deal, she will have allowed her supporters to openly lie to the electorate during her primary campaign.

And to add injury to insult, Mayor de Blasio is busy explaining away his failing housing policies by blaming the constraints of the free market and capitalism. But those restraints don’t exist on public land like they do on private land. The Bedford Union Armory is a wholly socialist enterprise — like the mayor claims he would want.

What is the mayor doing with these “socialist” powers? Making a conscious decision to privatize land and “harness” gentrification, rather than fight it.

Public land is a vanishing resource in New York City. At a time when we continue to struggle with a record homelessness crisis and massive displacement of low- and moderate-income people, many people of color, it should also be priceless.

This is particularly egregious when more and more human beings are being warehoused in shelters, just like the one recently opened a few blocks from the armory, with a number of residents not being from the area, as the mayor claims is his goal. Despite what the mayor and Council Member Cumbo say in their press clippings and campaign advertisements, their policies show exactly where their priorities lie: luxury housing to make developers rich and house people who have no fear of being homeless, and shelters for far too many others.

It really is still a tale of two cities out here.

But Cumbo still has a chance to live up to the promises she made during her primary campaign, cutting out greedy developers and giving us a community land trust with 100% affordable housing on this precious public land.

Or she can get rid of a few luxury condos and tell us that this is some kind of victory, despite the fact that half the units would still be luxury rentals and a pitiful 5 percent would be affordable to the average Crown Heights resident, the same residents who have supported her.

We look forward to working with Council Member Cumbo on developing the community land trust this neighborhood needs, especially on public land, as we know she wants to do the right thing. There’s still a chance.

But make no mistake, we won’t let the wool be pulled over our eyes.

***
Monique “Mo” George is the Executive Director of Picture the Homeless. On Twitter @pthny.