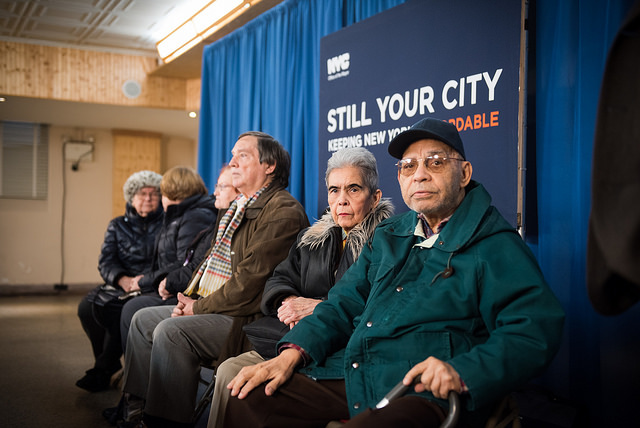 Every 20 years, the New York State Constitution mandates a statewide vote on whether to convene a convention to consider amending it. On Tuesday, Election Day, New Yorkers will vote “yes” or “no.” This measure, question one of three on the back of the ballot, is more important than anything on the front.

Tenants Political Action Committee debated this question at length, and despite many arguments in favor, we voted unanimously to oppose a “con con” this time around.

This was not a decision we took lightly. With a state government that is a model of dysfunction and gridlock, it is tempting to try an end-run around the governor and state Legislature to attempt necessary reforms they have refused to enact despite the stunning number of politicians who have been convicted of corruption and gone to prison.

Many New Yorkers of good will believe that a constitutional convention could force such reforms into being, and indeed that is a theoretical outcome. But the risk of a negative result for tenants and other constituencies that do not have access to piles of cash is very real.

One negative is that delegates are chosen based on the 63 state Senate districts. Because Democratic Gov. Andrew Cuomo allowed the state Senate Republicans to draw hyper-partisan district lines to preserve their shrinking majority, this could result in Republican delegates to a convention having a majority.

There is every reason to believe that the very politicians we now criticize for refusing to enact progressive reforms would control the convention. Current and former elected officials, and even lobbyists, are eligible to run, and legislators could use their superior name recognition and campaign funds to outgun grassroots candidates. Anyone who understands how Albany really works sees the probable composition of a convention as inclined to do the bidding of special interests.

Beyond the potential to water down critical protections for poor people, workers, civil rights, and wilderness, there is one possible “reform” of special importance to tenants: allowing special interests to place legislation directly on the ballot by petition. Many states allow this already. New York does not.

If such a referendum process was added to the state constitution, it is not hard to imagine the real estate lobby initiating a statewide referendum to terminate rent control laws, which only exist in New York City and the downstate suburbs. In fact, this is exactly how Massachusetts ended rent controls in 1994, passing a statewide referendum 52 to 48 percent. Only three cities in the eastern part of the state had rent control – Boston, Cambridge and Brookline – and the landlords’ multi-million-dollar media campaign in central and western Massachusetts made much of the fact that the mayor of Cambridge lived in a rent-controlled apartment.

The analogy with New York is clear. New York City landlords would spend any amount to get rid of rent regulations via statewide ballot initiative. And if they failed the first time, they would keep trying.

Some progressive groups take the position that this would be a good change in New York. They should consider the downside. Ballot initiatives are easier to mount by groups with superior resources, and easier for them to win for the same reason.

We think there is a better way: in the last year, thousands of New Yorkers have become involved in organizations that work to raise political awareness and seek to hold politicians accountable, with a focus on swing districts and turncoat Democrats. The energy coming out of these efforts is inspiring. Let’s harness it to elect better legislators and change our laws at last.

***
Michael McKee is treasurer of the Tenants Political Action Committee. On Twitter @TenantsPACNY.