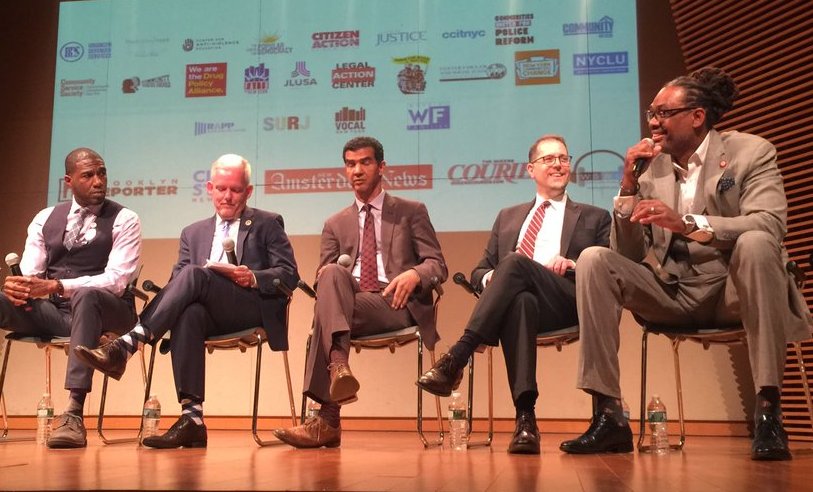 Eight members of the New York City Council are asking their colleagues to elect them as the new Speaker after the new legislative body is seated January 1.

Seven of the candidates oppose allowing Airbnb and other on-line platforms to continue their assault on our scarce affordable rental housing. But one of them, Robert Cornegy, Jr. of Brooklyn, does not.

In a June 2016 opinion piece for City & State, Council Member Cornegy argued that Airbnb brings extra income to his struggling constituents in Crown Heights and Bedford-Stuyvesant, ensuring that they can continue to live in the rapidly gentrifying neighborhoods. This column was straight out of the Airbnb playbook, and contradicted by the fact that roughly 75 percent of Airbnb revenue in New York City is generated by commercial hosts with multiple listings, not “regular folks” renting their own place.

North and Central Brooklyn are the epicenter of gentrification in New York City, and Airbnb has played a destructive role. In Council Member Cornegy’s district, there were some 3,400 listings for Airbnb in October. Of these, almost 1,300 were for entire homes. If these “entire homes” are in apartment buildings, then they are illegal, as short-term rentals are against the law if the tenant is not present. (Renting out a room while the tenant is living in the apartment is not illegal, although tenants who do so risk eviction if the landlord finds out.)

Airbnb’s negative impact on Council Member Cornegy’s district is merely one part of a larger trend in the borough. Four City Council districts stretching from Williamsburg to Crown Heights are represented by Steve Levin, Antonio Reynoso, Laurie Cumbo, and Cornegy. These four districts combined had Airbnb listings for more than 16,000 units in October. By contrast, the top four Council districts in Manhattan combined had 10,800 listings.

A study last March by Inside Airbnb tallied the host photographs in the 72 predominately African-American neighborhoods in the city. The Airbnb host population in these communities was 74 percent white, while the white resident population was only 13.9 percent. White hosts in these neighborhoods earned 73.7 percent of the income from Airbnb rentals. Despite Airbnb’s claim that they make it possible for people of color to supplement their incomes, it is clear that the newer, white residents in these gentrifying neighborhoods are the main beneficiaries of the “sharing economy.”

So, who suffers? These units have been withdrawn from the rental market because short-term rentals are more profitable. Long-term residents therefore face a tighter market, and are subject to harassment and rent gouging.

This is not only a Brooklyn or even a New York problem. From Vancouver to London, local governments are taking action to curb short-term rentals. Airbnb’s response is to stonewall, and enlist surrogates to spin its public relations web.

I have a friend whose family owns a restaurant in a year-round resort town in the northeastern United States. He told me recently that until a couple of years ago, the cooks and waiters could share a house for $700 to $800 per month. Now there are no such rentals available, because owners can make that much in a weekend through Airbnb.

The sheer scope of this crisis makes the future of New York City’s government all the more critical. The rest of the nation and even the world look to us as a model for policy and politics, and we must do everything we can to make our housing market more affordable.

Ensuring that the next Speaker of the City Council is a true advocate for tenants, and for preserving our threatened stock of affordable rental housing, is the first next step in addressing the host of problems we face: weakened rent laws, lax enforcement by state and city, predatory speculators paying excessive prices for apartment buildings with an eye to driving out the rent-regulated tenants, constant upward pressure on rents, construction as harassment, and more.

We cannot afford to have in our house of government a Speaker who will not fight to protect the homes of its citizens. I urge Council Member Cornegy’s colleagues to take a look at this before casting their votes, and show that they stand with tenants, not the companies that are forcing them out.