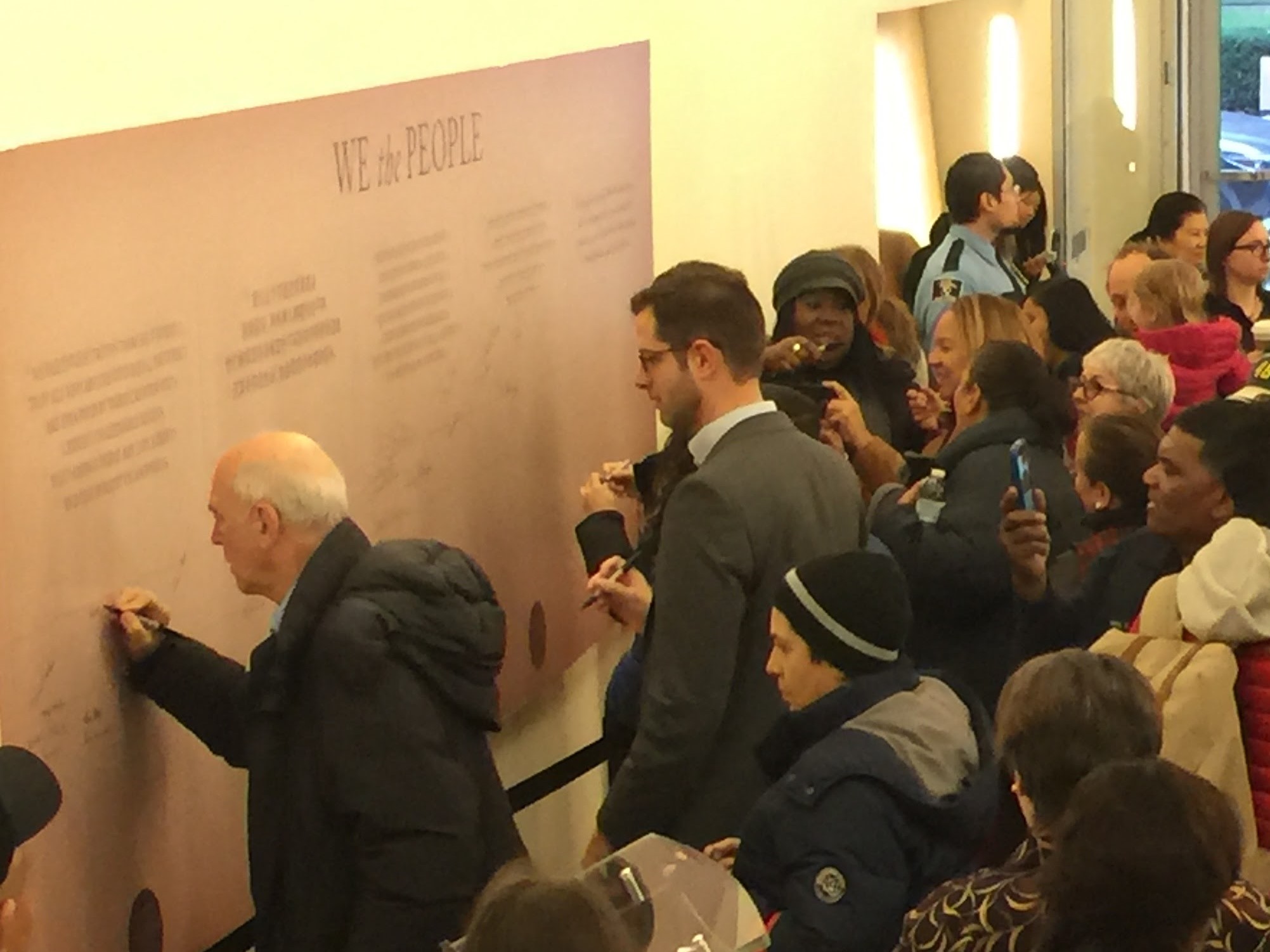 When the President recently reportedly referred to El Salvador, Haiti, and African nations as “s***hole countries,” it once again served as a reminder of the rampant prejudice and discrimination experienced by immigrants and ethnic minorities. And as the livelihoods of 800,000 young Dreamers living in our country hangs in the balance, we need to support immigrants now more than ever.

At Educational Alliance (EA) – the social service provider and network of community centers I lead on the Lower East Side and East Village – we have dedicated much of the past year to ramping up our programs and services for immigrants. The demographics of the Lower East side have changed since EA was founded 128 years ago, but the challenge is the same: immigrants need help adjusting to American life. We believe that our successful “We the People” initiative this past year can serve as a model for the rest of the city.

In the wake of the 2016 presidential election, we saw a substantial rise in hate crimes. Here in New York, hate crimes increased by 24% from the previous year, with a major proportion of the rise the result of bias crimes against Muslims and LGBTQ people.

So at EA, we launched We the People as a way of promoting inclusiveness and protection from the hateful and divisive rhetoric targeted at vulnerable populations. We knew that the President’s attacks on immigrant communities would only increase in time, so it was important to show immigrants in our community that there was a safe space they could go to for information and help.

Within a week after taking office, President Trump signed the infamous travel ban, prohibiting travel from seven predominantly-Muslim countries to the United States, sending a clear message that immigrants from Muslim countries don’t belong in our country.

We were ready. Under We the People, we worked with local businesses to identify themselves as welcoming to immigrants, and began training people to be “upstanders,” giving them the tools they need to effectively stand up for justice and intervene in conflict if they witnessed discrimination or attempts to bully our immigrant Muslim brothers and sisters.

Soon after, Trump issued an executive order stating that cities that refused to comply with federal immigration authorities would be ineligible to receive federal grants. And soon after, he rescinded the Deferred Action for Childhood Arrivals (DACA) program, placing hundreds of thousands more lives in limbo and in danger of being separated from their family, friends, and colleagues. Though both actions were halted by the courts, the aggressive stance towards immigrants undoubtedly had a chilling effect on their comfort in seeking services or reporting crimes.

But not in our neighborhood. Our partnerships with businesses and other local community groups early on helped spread the word that EA had the community’s back and that this was a place they could turn to for help. Under the initiative, we began to host a series of events, workshops, and community forums, including “Know Your Rights” events where we provide people with access to information on immigration fraud, rights, and legal services.

In the coming year, we will continue this work, investing in programs and services where we can be most impactful and joining together with local residents and businesses to ensure that our community remains safe and supportive for people of all backgrounds.

That’s because regardless of just how divisive and discriminatory our national leaders are towards immigrants and vulnerable communities, we will stand strong – as we have for 128 years – for all people, regardless of race or religious creed.

***
Alan van Capelle is President and CEO of Educational Alliance, a social service provider for the Lower East Side and East Village.