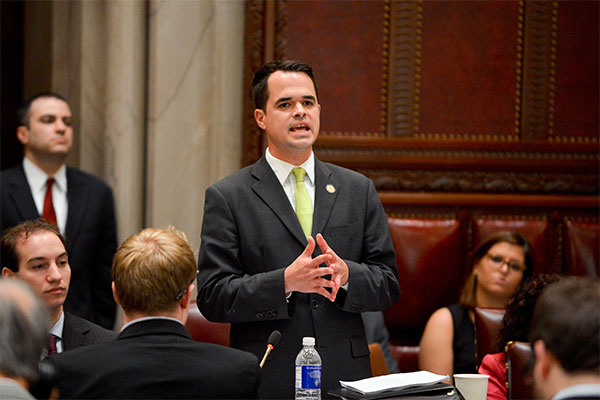 New York’s voting laws are woefully outdated and lag behind much of the rest of our country. Too many New Yorkers experience unfair and unnecessary restrictions when they wish to exercise their constitutional right to vote. Unsurprisingly, New York consistently ranks near the bottom in voter turnout when compared to other states.

According to 24/7 Wall St., an average of only 59.2% of eligible New York voters voted in the presidential elections from 2000 through 2012. That makes New York 42nd among the 50 states in voter turnout. As disappointing as these figures are, voter turnout has been even lower in midterm and state elections. This is why we need voting reform in our state.

I applaud Governor Cuomo’s 30-day budget amendment that calls for $7 million to fund early voting in counties across the state. New York is one of only 13 states that does not offer early voting, a deficiency we must change now. New Yorkers are busy, having the convenient option to go to the polls up to 12 days before Election Day means people don’t have to choose between going to work or school and voting. It is time we join the other 37 states and the District of Columbia (Washington, D.C.) and provide New Yorkers with access to early voting. A recent Siena College poll indicates that 65% of New Yorkers support early voting.

Automatic voter registration (AVR) is another proposal that New York should adopt. AVR allows people to be automatically registered to vote when they interact with the Department of Motor Vehicles. People would no longer have to worry about registration deadlines or application submissions. After witnessing the success of AVR in Oregon, eight other states have approved it.  No citizen should ever be denied his or her constitutional right to vote, and we should make the registration process easy and convenient. I have fought for legislation to enact AVR since 2015. This is the year to pass it.

Finally, same-day voter registration (SDR) should be enacted so eligible New York voters can register to vote the same day they go to the polls. This eliminates registration deadlines people may miss. Fifteen states and Washington, D.C. have adopted some form of SDR. In their report entitled “America Goes to the Polls 2016,” Nonprofit VOTE and the U.S. Elections Project claim that same-day voter registration “has the most discernible impact on increasing voter turnout.” These organizations estimate that since 1996, states that allow SDR have experienced voter turnout seven to 13 points higher, on average, than states without SDR.

For too long, New York voting laws have suppressed voter turnout and have discouraged public participation in governance. I stand by the Governor’s plan to reform voting, and I encourage my fellow elected representatives to enact these proposals.