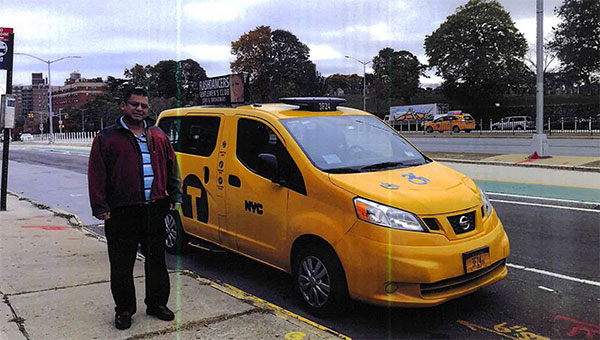 As a longtime yellow taxi driver, I was proud to be among the first to drive one of the city’s wheelchair-accessible taxis, which are equipped to serve New Yorkers with disabilities. There are now around 2,000 accessible yellow taxis in New York City as the industry continues striving to become 50 percent accessible by 2020.

But it might be impossible for taxi drivers like me to keep our accessible vehicles on the road if we are hit with high fees under a congestion pricing system designed to raise funds for mass transit repairs. While the concept of congestion pricing is a good thing and more money must be generated for our subway system, the fact is that it would be unfair to target yellow taxis under such a program.

The problem here is that state officials are in the process of considering potential congestion pricing plans that would treat taxis in the same way as app-based ride-hailing companies like Uber and Lyft. Although that might sound fair, in reality it is not fair at all.

Yellow taxis have already contributed hundreds of millions of dollars to our subways and mass transit infrastructure, as well as providing an important source of accessible transportation. Uber and Lyft, both multi-billion-dollar companies, have done neither of these things – and any congestion pricing plan must hold these companies accountable without harming hardworking taxi drivers who are already doing the right thing.

New Yorkers must remember that, since 2009, yellow taxis have been paying a 50-cent fee to the MTA on every single ride, generating significant revenue for mass transit. Uber and Lyft have refused to follow suit and instead pay sales tax, which does not provide nearly as much support to the subway system. In fact, MTA officials have acknowledged in the past that the rapid growth of app-based companies has deprived the state of funding that could have gone to support mass transit infrastructure.

At the same time, while cabbies like me have put a great deal of effort into driving accessible taxis that are much costlier and more difficult to maintain, Uber and Lyft have done nothing to put their own accessible cars on the road. We are already bearing a heavy burden to provide this important service to thousands of wheelchair users – and these billionaire companies are not.

And let’s be real – we all know these companies have been the much bigger driver of added congestion in New York City. Since 2013, the number of vehicles for Uber, Lyft and other similar companies has nearly doubled from 47,000 to more than 100,000 in 2017, while the yellow taxi industry remains capped at roughly 13,500 medallions.

When you look at all the facts, there is simply no reason for state officials to even consider a congestion pricing plan that would treat taxi drivers like me the same as companies like Uber and Lyft. It wouldn’t just be unfair – it could make it even harder to keep costly accessible taxis on the road, and that would be a problem not just for me but for so many New Yorkers with disabilities.

On behalf of other drivers feeling the same concerns, I sincerely hope that Governor Cuomo and the state Legislature will keep these important issues in mind and develop a congestion pricing framework that is fair to everyone on the road – including yellow taxis.

***
Masud Chowdhury drives a wheelchair accessible taxi. A yellow taxi driver for more than 20 years, he lives with his family in Ozone Park, Queens.