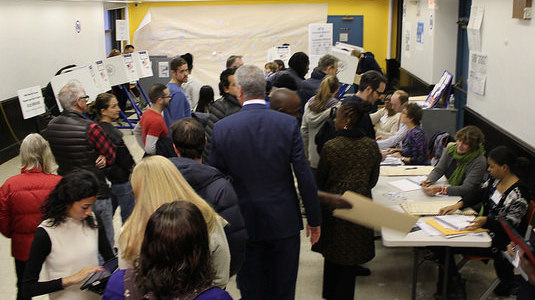 Last Tuesday during the Ohio-12 special election, Americans found themselves angry at third party voters – again – for “wasting” their votes.

This problem is not unique to Ohio: in multi-candidate competitive races, we see upset voters of one party or candidate hold others accountable for their loss.

The blame should not be placed on voters -- it should be on the broken election system. Just look at New York City.

New York City primaries are crowded fields, with sometimes with as many as seven people vying for one ballot line.

Just during last year’s primary election cycle alone there were 38 elections. While 17 of these primaries had two candidates, the remaining 21 races had more than two candidates.

Ranked Choice Voting allows voters to rank candidates from first to last choice on their ballots.

A candidate who collects a majority of the vote wins. If there’s no majority, then the last-place candidate is eliminated and their votes re-allocated according to the second preference of their voters. The process is repeated until there’s a majority winner.

It provides many benefits to voters, building majority support for candidates in multi-candidate races, inspiring voters to vote their preference - not the lesser of two evils - and avoiding costly run-offs.

Constituents are best served when their elected representative is able to garner majority support, while the elected official benefits from a broader base of support as well.

Ranked Choice Voting would avoid the troubling pattern of anti-democratic electoral outcomes in New York City. Candidates would move to the general election with majority support from their district.

History has its eyes on the them.

***
Susan Lerner is the executive director of Common Cause-NY. On Twitter @commoncauseny.