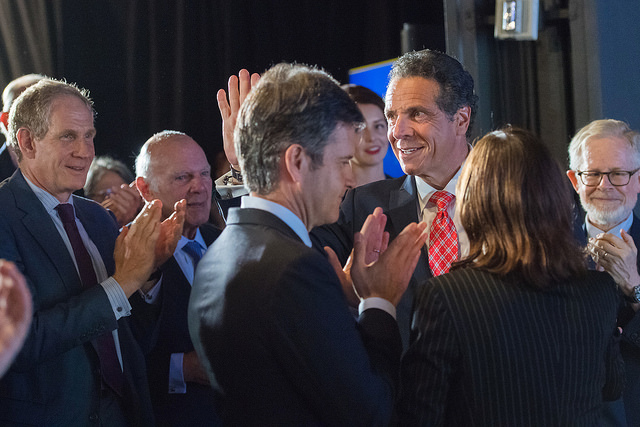 In the November 6 general election, New York Democrats have a historic opportunity to take control of the state Senate. If this happens, Democrats would control both houses of the state Legislature for only the third time in the last 100 years, unlocking years of bottled up progressive legislation passed by the Democratically-controlled Assembly but blocked by the Republican-controlled Senate.

Assuming Governor Andrew Cuomo, a Democrat, wins reelection as he is expected to, a number of these bills may very well land on his desk, including those related to universal health care; election, voting and campaign finance reforms; reproductive health rights; equal education funding for city schools; equal protections for LGBT and disabled people; carbon emissions elimination; immigration protections, including making New York a sanctuary state; and criminal justice reforms.

Recent history should temper optimism, however. New York Democratic voters chose the status quo over the bold reforms represented by the Cynthia Nixon-Jumaane Williams-Zephyr Teachout ticket in September’s primaries and in last year’s constitutional convention ballot referendum. In the 2016 state Senate races, 98% of incumbents were re-elected, though one good sign for Democrats in their quest to take over the chamber is the handful of retirements in the GOP conference.

We’ll soon see how powerful New York’s blue wave really is, both on Election Day and in the legislative session that will follow beginning in January. A few key questions:

But didn’t progressives just defeat the IDC?
Sort of and it’s insufficient.

Before the primary, there were actually more “Democrats” in the state Senate than Republicans, even though the GOP conference held a 40-23, then 32-31 majority in the 63-seat chamber.

Nine Democrats were either part of the Republican conference or in a power-sharing agreement via the Independent Democratic Conference (IDC), giving the GOP a majority for the recent two-year legislative session (and prior) and preventing progressive legislation from reaching the Senate floor. Eight of those senators were members of the IDC, which did rejoin the “mainline” Democratic conference in April, after a new state budget had been passed, which led to the 32-31 GOP majority for the final months of the session that ended in June.

In the September 13 primary, six former IDC members were defeated. The ninth rogue Democrat, Senator Simcha Felder of Brooklyn, has been part of the Republican Conference for multiple terms, and was even reelected in 2016 on both the Democratic and Republican ballot lines. He won his primary challenge last month.

Despite losing in the Democratic primary, all six defeated former IDC members are likely to remain on November’s ballot on other party lines, often the Independence Party and/or Women’s Equality Party. There’s no guarantee they won’t actively campaign if for no other reason than as spoilers, though most appear unlikely to do so. Democratic leaders may try to reward defeated IDC members -- like former conference leader Senator Jeff Klein and Senator Jesse Hamilton -- with judgeships to keep them from actively campaigning. Klein, along with Senators Jesse Hamilton and Tony Avella, is one of three former IDC members who were defeated in the primary and have not yet declared that they won’t campaign in the general.

What do Democrats really need to do?
Net one seat. If Democrats flip just one GOP-held Senate seat and hold onto those they currently have, then Democrats will have a real 32-31 majority heading into next year. Competitive Senate races exist on Long Island and upstate, including several districts where Democrats failed to run any candidate at all in 2016. There’s also a seat in Southern Brooklyn that represents why many GOP-held districts are vulnerable.

Since 2012, when incumbent Republican Senator Marty Golden won his last competitive race, the district’s demographics have changed dramatically. Today, 40% of residents are now people of color, especially Asian and Hispanic; and 43% are immigrants, primarily Asian, eastern European and Mexican. Residents work in blue collar industries like transportation, wholesale, and construction. Virtually every racial group earns less than the median for New York State. These changes create the setting for the red-to-blue opportunity for progressive Democrat Andrew Gounardes, Golden’s opponent in 2012.

If the primaries were any indicator, November turnout will be high, which will benefit Democrats due to their two-to-one registration advantage across the state. Primary turnout more than doubled since the last comparable election in 2014. In Long Island’s Nassau and Suffolk counties, Democratic primary turnout actually tripled from 2014 to this year.

Here is my list for the best opportunities for Democrats to flip GOP-held Senate seats. In compiling this list, I considered voting results by state Senate in the two most recent presidential elections, fundraising, the power of incumbency and signals of grassroots support. 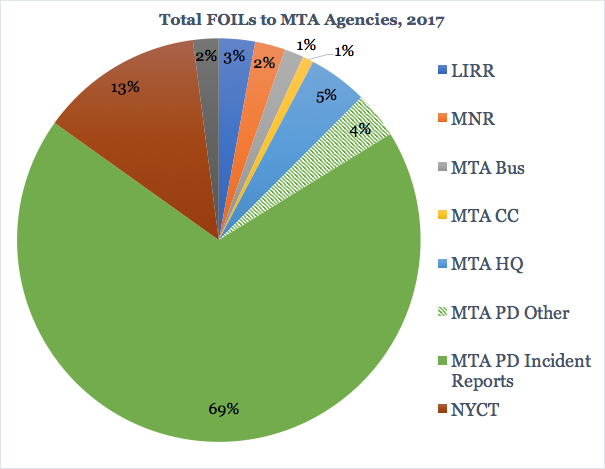 Past voter preferences matter. The 2012 presidential election was more reflective of deeply felt beliefs in these districts, which had with one exception solid pluralities for Obama. Democratic voters who stayed home may have contributed to the mixed results of the 2016 election. By this year, 2016’s GOP victories didn’t deter -- and perhaps motivated -- Democratic contributors and may have awakened Democrats who came out in droves to vote in this year’s primary. In addition, changing demographics have also affected these districts in ways that potentially favor progressive Democratic candidates.

Money matters -- to pay for campaign staff, advertising, get-out-the-vote efforts, and more. The table above includes the most recent Board of Elections campaign disclosures, filed by September 24, and showing money in the bank as of the filing. Some candidates benefited from the lack of a primary, which means they have more funds for the general election, but may not have benefited from public exposure without opposition.

The New York Daily News reports that Cuomo intends to fund-raise for several Senate candidates, including Gounardes, D’Amaro, Kaplan, Skoufis, Smythe, and Metzger. The two other Democratic candidates mentioned in the Daily News story -- Monica Martinez in SD-3 and Pete Harckham in SD-40 -- don’t appear to be currently competitive based on funds raised and the lack of time before Election Day.

Aren’t there Democrats at risk?
Incumbent Democrats largely appear safe. John Brooks in Senate District 8 on Long Island is often mentioned as a potential risk, probably due to his narrow 214-vote (0.2%) win in 2016 over then-incumbent GOP Senator Michael Venditto. But now-incumbent Brooks has a solid fundraising lead over the current GOP candidate, Jeff Pravato, in a district that went for Hillary Clinton and Obama and has a solid Democratic voter registration advantage.

Democrats need to ensure that primary victors Rachel May in SD-53 and Alessandra Biaggi in SD-34, both of whom beat IDC members, continue their momentum through November. The IDC incumbents they defeated are likely to appear on other ballot lines and have significant money. May’s opponent, David Valesky, reported $340,038 post-primary to May’s $41,209, though he has recently declared that he will not campaign in the general.

Biaggi’s opponent, former IDC leader Klein, reported $957,827 just before the primary to Biaggi’s post-primary balance of $172,909. As of this writing, Klein’s post-primary filing still hadn’t been published and he had not indicated his general election plans.

So what’s going to happen?
On November 6, Democrats will take control of the New York State Senate with a solid majority that Republicans cannot hold back. This, along with holding onto a wide majority in the Assembly, will likely result in a steady stream of progressive legislation on the governor’s desk to sign, giving Cuomo the opportunity to make history New York has been waiting for.

***
Art Chang is a writer, thinker and strategist at the intersection of technology and government. He is a former board member of New York City’s Campaign Finance Board, where he led the creation of NYC Votes and Voting.NYC. On Twitter @achangnyc.