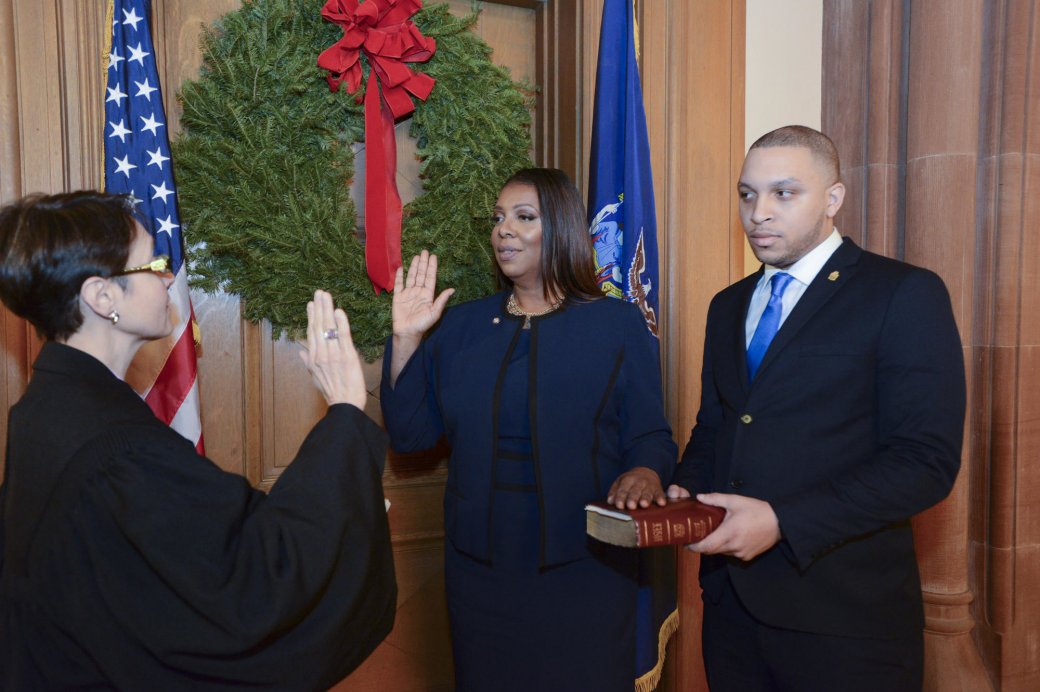 In 2018 Letitia James won a historic election to become the first woman of color to hold statewide office in New York and the first woman to be elected Attorney General. Filling a seat vacated by Eric Schneiderman (a misogynist playing women’s champion by day), James pledged to be a new kind of people’s lawyer, “unbossed and unbought” by Governor Andrew Cuomo or anyone else. James takes the helm at a moment where a bold vision for making a difference for New Yorkers will also have great consequence for the country.

New Yorkers should look forward to James’ leadership taking on important issues like pollution, reproductive rights, and protecting people and communities in other ways. I am disappointed, however, that she has thus far been silent on the matter of the state’s investigation into the Manhattan District Attorney’s handling of a 2015 sex crimes case against Harvey Weinstein and other sex crimes cases -- such as the one against Dr. Robert Hadden in which I was a victim.

The first question at an August 2018 Democratic primary debate for Attorney General was about a BuzzFeedNews report that Governor Cuomo had ordered the Attorney General's office to suspend its investigation into Manhattan District Attorney Cyrus Vance’s office. The candidates were asked if they would have agreed to suspend the case as requested. James said that she would not have put the investigation on hold. This story and question only came about because of my advocacy. While representatives of the governor’s office were saying one thing publicly and to me, they had backed off on any real action in support of survivors and against corruption.

Not coincidentally, the next debate question was about how the candidates would maintain their independence from Cuomo. James said, "The office of attorney general is independent from the office of the governor, and I don't believe anyone can question my independence."

Now, James must live up to her campaign promises. The six-month “pause” on the state’s investigation of Vance ended in December. Will James resume it and finally take a real look at the DA’s practices? Or, will she fall in line with Cuomo’s tactics of publicly calling for something to get credit but then letting it slip into the ether when no one is paying attention?

Opportunities to investigate a prosecutor’s actions are rare. And, with the newly-created Commission on Prosecutorial Misconduct itself in legal jeopardy, they remain further out of reach for many who’ve been harmed. As someone on a long list of people who were sexually assaulted in New York City and failed by the systems supposedly in place to help us, I remain perplexed at the lack of willingness by the state’s legal entities to conduct a thorough review of the Manhattan DA despite case after case of questionable outcome.

In addition to the much reported campaign contributions from Weinstein and Trump family attorneys, Vance repeatedly took contributions from my abuser’s attorney and a member of his employer’s Board of Trustees. Vance has denied that these contributions reveal corruption and pledged to reject contributions from those with cases before his office. The report he commissioned from Columbia University to reach this logical conclusion failed to mention any conflict of interest or the case against my abuser even though it had made headlines.

I could no longer stay silent and watch the same players continue to replay the same game at the expense of women. I didn’t set out to talk about being sexually assaulted by my OBGYN while I was pregnant. I wanted to show what happens when you come forward seeking help and are failed by a system rigged to favor well-connected perpetrators. I was one of more than 20 women who came forward about the same man. Rather than pursue justice, the DA chose to offer him a plea some have called the “deal of the century.” No one should have the experience I did once they decide to report a crime.

In a letter to Vance, Counsel to the Governor Alphonso David wrote that "women have been victimized by the system for years and it must stop." I couldn’t agree more. Oversight by legislators, advocates, and the public is critically important to how institutions such as the Manhattan DA perform moving forward. New Yorkers will be waiting to see if Attorney General James is indeed independent and fulfills her duty to complete the investigation. I’m not giving up until the problem is solved -- and it is far from solved. I hope James won’t give up on this either.