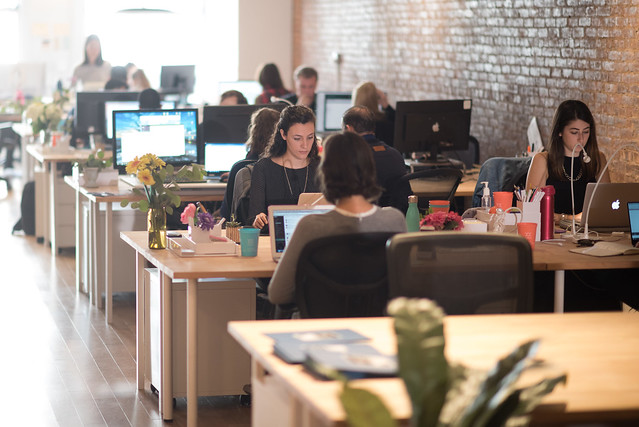 The political imbalance in New York City between business and “anti-business” forces is becoming untenable.

What is happening here has been in the works for many years and was not difficult to predict. Rising income inequality and the perception of a corrupt ruling class brought us the Tea Party movement, Occupy Wall Street, and the 2016 presidential candidacies of both Bernie Sanders and Donald Trump.

As the nation gears up for the 2020 presidential race, rhetoric pitting “corporate interests” against “the people” is once again front and center. And this is cascading down to our local politics in a way that risks damaging our city’s economic potential.

“Business” has become such a bad word that some elected officials have shunned accepting campaign donations or even attending meetings and events that might suggest an affiliation. And public policy debates are increasingly premised on the notion that business is an adversary and somehow acting in nefarious ways.

We must not continue down this path at the local level.

The business community is a pivotal constituency in New York City’s continued success. For example, the real estate industry has a huge stake in keeping the city humming if for nothing else than because their assets are inextricably linked to the city’s prosperity. Employers here want New York’s quality of life to remain high so their best employees don’t move to other cities. Why wouldn’t we want them to be at the table?

Drowning out the voices of business enables the loud voices of an influential few to drive public policy – without adhering to the will of the many. Pushing out Amazon – which had support from a majority of New Yorkers to locate a new campus here – is a “prime” example. In that instance, several high-ranking elected officials refused to even meet with the company. Two-thirds of New Yorkers agree that the loss of Amazon, its projected 25,000 jobs, and its tens of billions of dollars in expected tax revenues is bad for our city.

Now there’s another issue that is playing out in a similar way.

The state currently allows restaurants in New York City to pay waiters $10 per hour, so long as tips ensure that the employee is earning at least the minimum wage (now $15 per hour) at the end of the day. It’s called the “tip credit,” and it enables restaurants – which often have notoriously low profit margins – to reduce their labor costs. Surveys show that tipped workers end up earning $25 per hour, on average, when tips are included. Some make even more.

The issue should be a no-brainer. Indeed, the vast majority of restaurant owners and their wait staffs want to maintain the current system. (When Maine phased out its tip credit in 2016, thousands of servers led the successful fight to restore it because their paychecks were diminishing.) But a well-funded contingent of celebrities and misinformed activists are trying to drown out these voices in order to eliminate the credit in New York – and sadly, it seems to be working.

Some elected officials are repeating inflammatory talking points, namely that waiters are somehow not earning the minimum wage under this system. That would be of paramount concern to me, as well, were it not absolutely false. Yet no one seems to be listening to the facts, so unwilling they are to believe that employers and their employees could actually be on the same side of an issue.

New York City loses when policy debates adhere to this ‘business versus anti-business’ divide, particularly when the business side is assumed to be biased and dismissed as a result. I am certainly not advocating for pay-to-play politics, which is unethical, illegal, and at odds with the development of smart public policy. We need robust, thoughtful solutions that will move New York forward, remembering that we all believe in a better, stronger city for the future.

This requires public servants to engage with all parties and then make determinations based on all of these points of view. If we don’t maintain that balance, and base decisions on facts and impartial analysis, poorly-informed public policies will increase – and New York City will be worse for it.