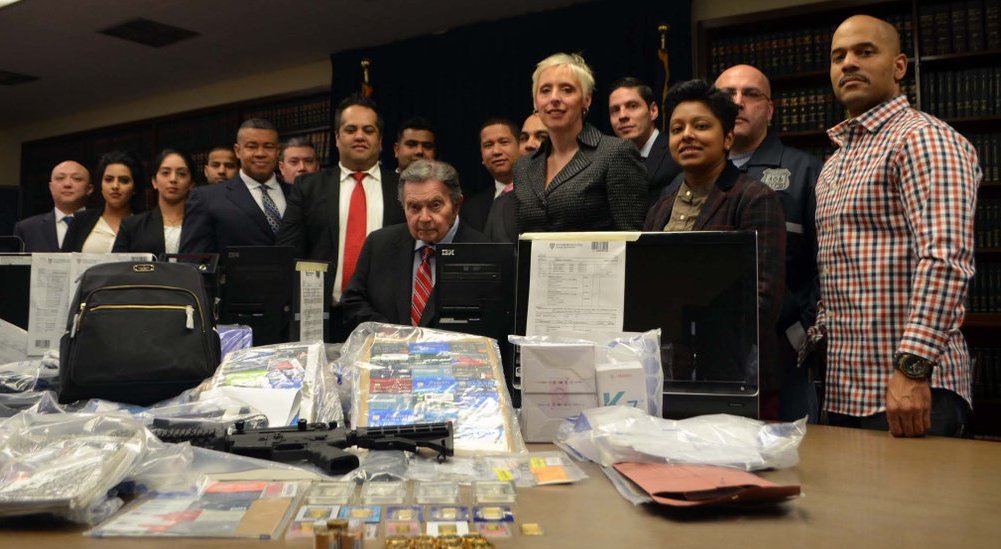 The burgeoning progressive prosecutor movement seeks to distinguish between old guard prosecutors and new candidates who promise to address mass incarceration and the criminal law’s disproportionate impact on people of color. In many elections, the contrast between the old and the new is readily apparent, but in Queens County the candidates seeking to succeed long-serving and retiring District Attorney Richard Brown are battling over who will be the most progressive prosecutor.

A recent article in Mother Jones profiled Tiffany Cabán, the candidate who appears to have captured the support of those most invested in a new prosecutorial order. The article’s author writes that Cabán “has a radical vision for the position: she says she’d incarcerate as few offenders as possible.”

Reflecting on that statement forces one to realize just how punitive prosecutorial practices have become. It is tragic that a prosecutorial candidate’s position of locking up as few people as possible is described as radical. The recognition that decades of hyper-aggressive policing and punishment have made such a fundamentally humane and moral statement seem not just progressive but “radical,” is made more apparent when you consider the self-described progressive positions staked out by most District Attorney candidates – i.e., declining to prosecute marijuana charges; not requesting bail in most misdemeanors; not seeking the maximum sentence in every case; etc.

Those positions, however beneficial to the accused, are hardly radical and are espoused by virtually every candidate in the Queens District Attorney race. It therefore behooves those searching for a progressive candidate to try and figure out who might truly be progressive, let alone radical.

With that task in mind, here is a modest list of 13 questions that might reveal the depths of a candidate’s progressive beliefs:

1. The Queens County District Attorney, unlike any other prosecutor in New York City, insists that there will be no plea offer unless the accused waives their statutory right to a prompt grand jury presentation. Will you commit to immediately ending that practice?

2. New York’s highest court ruled that the Queens District Attorney’s pre-arraignment interrogation program was unconstitutional. Will you commit to immediately ending any vestige of that practice and, to guard against any similar kind of abuses, commit to not conducting any interrogations unless and until the accused has been provided with an attorney?

3. A case is currently pending before the Second Circuit Court of Appeals where it is alleged that the Queens District Attorney had a practice of deliberately insulating prosecutors from their duty to provide the defense with exculpatory evidence. Will you commit to immediately ending that and any similar practices?

5. New York Civil Rights Law 50-a has been an impediment to access to police personnel records and is the subject of ongoing debate and litigation. Will you agree to publicly support repeal of Section 50-a?

6. New York’s former Chief Judge famously observed that prosecutors wield so much influence on grand juries that they could get them to indict a ham sandwich. Would you agree to replace the grand jury in all cases with preliminary hearings where witnesses testify under oath and subject to cross-examination?

7. In countless trials, the accused is unable to exercise their hallowed constitutional right to testify on their own behalf because the prosecutor will cross-examine them about unrelated prior arrests or convictions. Will you commit to limiting cross-examination of the accused to just the facts and circumstances surrounding the charges on trial?

8. In order to enhance police transparency and accountability, will you commit to videotaping all interviews with police witnesses and to provide the accused at their first appearance before a judge with a copy of the tape of the initial interview with the arresting officer?

9. In order to enhance police transparency and accountability, and given the systematic Fourth Amendment and Equal Protection clause violations found in the federal stop-and-frisk litigation, will you commit to immediate pretrial suppression hearings in all possessory offenses so that the arresting officers must testify under oath, in public, and subject to cross-examination about what they did and why they did it?

10. The typical Criminal Court complaint drafted by the District Attorney is no more than a few sentences and usually provides no facts regarding the legality of search and seizure. In order to enhance police transparency and accountability will you agree to include in the complaint factual details that support the probable cause for search and seizure?

11. One of the reasons for mass incarceration is the length of sentences that have been meted out over the past several decades. New York has almost 10,000 people serving life sentences. Will you agree to publicly support sentencing reforms to eliminate mandatory minimums, to reduce maximums, and to eliminate enhanced sentencing mechanisms?

12. More than 40% of the 50,000 people in New York State prisons are serving indeterminate sentences and will be eligible for parole. Will you agree to only oppose parole if there is clear and convincing evidence that the individual is a current threat to public safety? Will you publicly support the American Law Institute’s revision to the Model Penal Code that urges states to adopt “second look” legislation that provides for a reexamination of a person’s sentence after 15 years regardless of their original sentence or crime of conviction?

13. More and more, whether in the form of community courts, court watch programs, models of participatory defense, or the role of community groups in fashioning remedies to stop-and-frisk policing, those people most impacted by the criminal legal system are demanding input into how they are policed and prosecuted. In what ways will you cede power over decision-making to the communities most affected by prosecution practices?

Most people now recognize that prosecutors were a primary driver of mass incarceration, and some opine that prosecutors are therefore best situated to undo the damage they caused. With limited exceptions, the platforms and promises of self-described progressive prosecutors are hardly profiles in courage. For those who truly want to see prosecutorial reform, it is time to demand more than liberal platitudes.