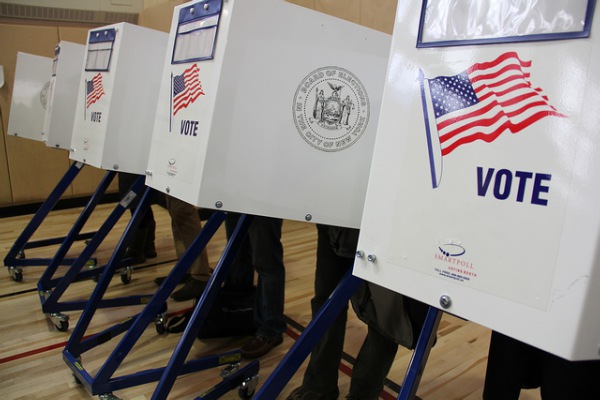 NYC Votes and the Voter Assistance Advisory Committee recently released their mandated report regarding voting participation in New York City, which skyrocketed in 2018. While the report contains fascinating analyses, it does not, nor does it seek to, delve into the role that people of color, in this case specifically Latinos, played in last year’s elections. But their role was definitely pivotal, and it particularly affected the New York gubernatorial primary.

This enormous increase in voting participation was evident across all racial groups. But of them all, the increase among Latino voters in New York City was slightly greater. Compared to the 2014 primaries, when Latinos comprised 17% of the overall New York City electorate (47,592 voters), in 2018 Latinos increased their voter share to 20% of the city electorate, with 169,667 Latinos going to the polls.

In the 2018 general election Latinos also comprised 20% of the city’s electorate, increasing their voter turnout by nearly 300,000 voters over the 2014 general election.

Lest you think this column is painting too rosy a picture of Latino voting participation, here’s the reality check: only 20% of all eligible Latino Democratic voters in New York City voted in the 2018 Democratic primary. In the 2018 general election, 37% of all eligible registered Latinos voted in New York City. In comparison, 45% of registered black voters in the city went to the polls in the general election.

Clearly, much remains to be done when it comes to pushing for a greater electoral presence among Latinos. The question is whether its leaders, particularly Latino elected officials, have the wherewithal to make this a priority.

The most recent citywide election (the February special election for public advocate) barely turned out 10% of Latino voters. Granted, all political observers predicted that this election would be a low-turnout affair. But the abysmal turnout among Latinos should raise many questions of concern and should compel Latino leaders to strategize ways to increase voting participation. Otherwise, the “sleeping giant” moniker given to Latinos will persist.