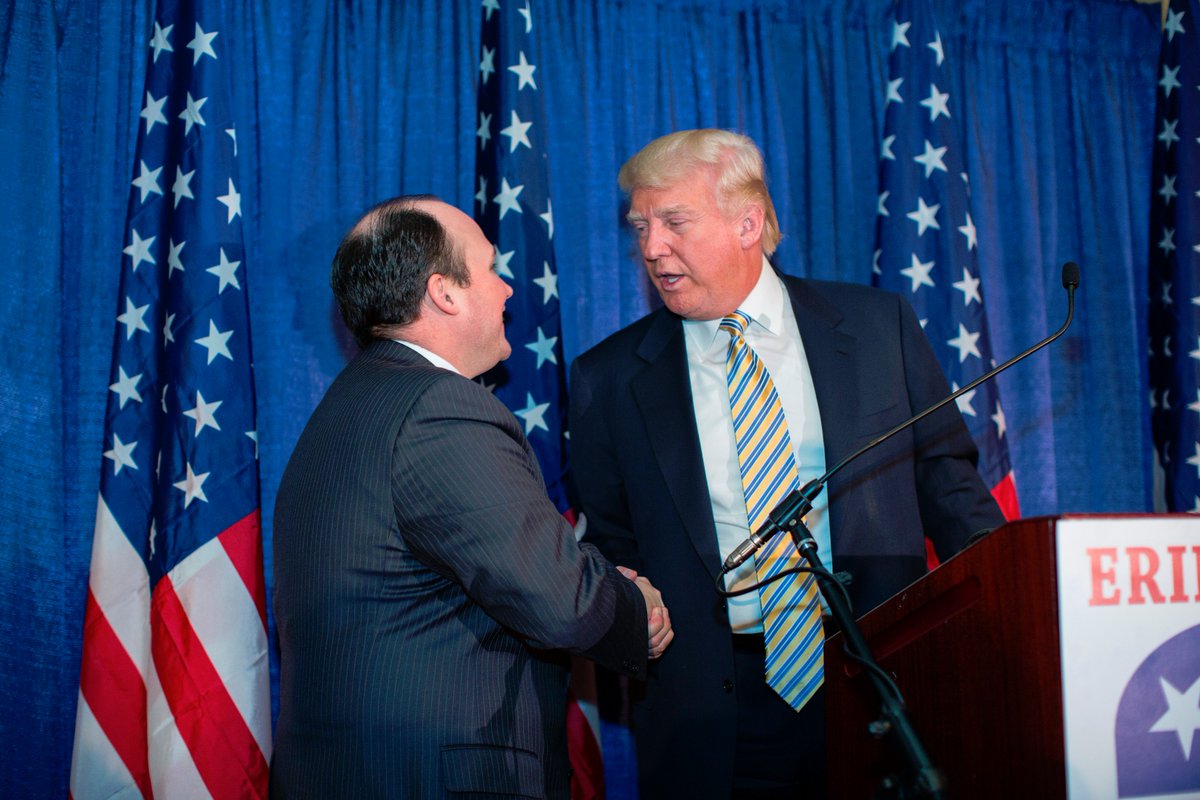 Under his leadership, Erie Republicans have been shut out of nearly every elected office countywide. They’ve lost the county legislature, lost Assemblymember Ray Walter, and lest we forget Congressional Rep. Chris Collins is still walking that long Green Mile towards resignation and life as a future convicted felon.

Now, Langworthy’s slated to take over the State Party in July, and all he knows how to do is lose.

In his announcement speech on April 28, Langworthy pledged to “rebuild, retool, and revitalize” the Republican brand south of Poughkeepsie, but I doubt he has any real interest in or even comprehends the scope of the problem currently facing the Empire State GOP.

In the last election, Republican candidates running atop the party ticket scored 15% in New York City, 30% in Westchester, and 41% in Nassau – seven downstate counties that account for 51% of the statewide vote. Which means, Mr. Langworthy, if you’re going to “rebuild” then you’ve got to “retool” to win urban Democrats, a lot of urban Democrats, in an emotionally raw, hyper-partisan political environment.

Suburban women are abandoning the party in droves. Exit data from 2018 spells out pretty clearly you’re not going to win them back by preaching the gospel according to Donald. Meanwhile, according to Siena’s latest statewide study, more than 60% of New Yorkers across every demographic and in all three regions said under no circumstances would they vote to re-elect the president.

Which means you can kiss any halfhearted “revitalize” effort goodbye.

Outgoing State Party Chair Ed Cox came in after the Obama wave of 2008 decimated state and local parties. But after four years he took us from two members of Congress to nine, won both Westchester and Nassau County Executive races, won a State Senate majority, and bolstered party fundraising to the point where this past cycle, the State GOP reported raising a record total of $12 million.

And he didn’t have to kiss white supremacist backsides in order to do it either.

By transferring the party’s political power structure away from the financial focal point, and installing an ersatz executor with little knowledge or experience of what it takes to campaign in the five boroughs, the GOP is firing a shot into both its feet, setting itself alight, and crying out, “This is fine.”

Expect high-dollar donors to close their wallets, expect top-tier candidates below the Tappan Zee to take a pass on running, expect very little buy-in from many urban and suburban communities that the Republican Party under Donald Trump has its best interests at heart.

In a recent City Journal article, longtime political observer Bob McManus wrote that the New York State GOP has “nothing left to lose.” Au contraire, Bob. There’s still lots left to lose – local electeds downstate, county officers in the Hudson Valley, and what few remaining legislative incumbents we still have. However, Nick Langworthy is the wrong man at the wrong time to try to preserve it, never mind rehabilitating the party in time to recapture the State Senate ahead of redistricting, or breaking the long-standing statewide drought in 2022.

Republicans don’t need a State Party chair who triples down on a losing horse, is devoid of integrity, who lacks wisdom, and whose vision for the future aligns with alt-right extremists like Steve Bannon, Sean Hannity, Laura Ingraham, and Gavin McInnes.

No wonder traditional pro-business groups like the New York State Business Council and local Chambers of Commerce have been distancing themselves from the GOP in recent weeks and months. Trickle down Trumpism.

At the end of the day, we get the world we deserve, but if this is the future the party wants, then…dracarys.

***
John William Schiffbauer is a political consultant and was Deputy Communications Director for the New York Republican State Committee from 2014-16. On Twitter @JWSGOP.