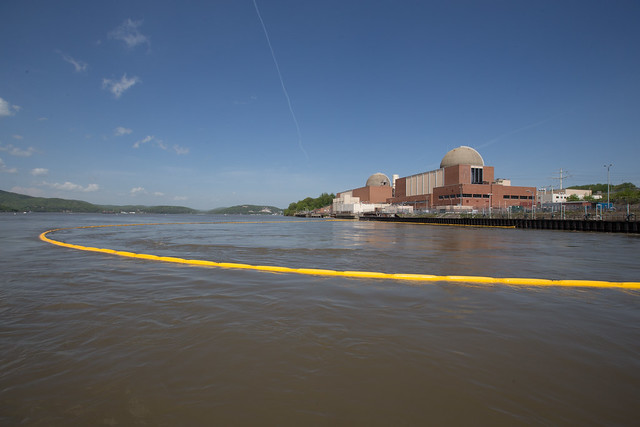 Maybe you’ve heard: the Williams Northeast Supply Enhancement Pipeline, proposed to carry fracked gas through New York Harbor yet temporarily stopped by the New York State Department of Environmental Conservation due to water-quality concerns, is already back from the dead. Because the needed permit was denied by the DEC “without prejudice,” Williams was allowed to reapply, and—putting quickness above caution—it already has.

About 99% of the new application is what you might expect: if we slow this and reduce that, Williams claims, all will turn out well for the clams and other species that live on the seafloor of New York Bay. Never mind that, if we were to do x as originally proposed, we’d fill the water with toxic mercury and copper; at x-1, all is fine.

These quibbles are maddening largely because the very idea of the project under discussion—a fracked gas pipeline that would lock us into fossil fuel usage for another 50 years—is, in the context of the climate crisis, already so patently absurd. Yet nothing in the new application is quite so absurd as one mitigation measure buried deep in the application’s third appendix.

Because Williams assumes “100% mortality” to all hard clams and other bottom-dwelling species along the 23-mile path of the pipeline, it has proposed what are essentially shellfish offsets: to make up for the deaths, they’ve offered to donate $3.4 million to the Long Island Shellfish Restoration Project, which would “support Governor Cuomo’s efforts to improve water quality...in Long Island, and effectively mitigate Project impacts on benthic habitat in New York waters.”

In case the DEC need be reminded, Williams has applied for a Water Quality Certificate intended to protect New York Bay and Raritan Bay, where the pipeline would be built. The waters that the Long Island Shellfish Restoration Project serve, however—Bellport Bay, Shinnecock Bay, and others—are 150 miles away out on Long Island, and with few outlets to the sea. Because of this, the water filtration and other benefits that additional shellfish would bring to those areas wouldn’t help New York Bay or Raritan Bay in the least. Offsets of this type would merely rob Peter to pay Paul.

The logic of Williams’ proposal is that of many market-based mitigation strategies: take something representing a scarcity (clams or carbon), turn it into a monetized abstraction divorced from place and circumstance and history, and use false equivalencies across vast geographical distances to justify continuing on with business as usual. Raise a claim here, kill a clam there—it all evens out in the end.

What gets lost in this scheme and all others like it is the fact that specific place and history matter: it is New York Bay that was once a dumping ground for 275 million gallons of industrial waste per day, New York Bay that has seen a miraculous recovery in water quality over the past 50 years, New York Bay where dolphin and whale sightings have recently skyrocketed, and New York Bay that needs to be protected vigilantly lest we see all of this progress completely vanish. Offsets would do nothing towards this end.

They also wouldn’t amount to any kind of sacrifice for Williams, which brought in $4.6 billion last year and stands to gain a 14% return on equity from this project. What would be sacrificed is the health of New York Bay, making Williams’ plan yet another example of a corporation using dollar signs to distract from the damage it would inflict on the public commons while privatizing all gains.

The company’s rationale is clear enough: Williams is hoping that money might help make approving the pipeline a bit more palatable for the DEC, which is aware of the carnage at stake. In the new application, in order to come up with the mitigation figure of $3.4 million, Williams placed a value of $0.25 on each clam that would be affected by pipeline construction. Divide $.25 into $3.4 million and you get 13.6 million dead clams. That’s a lot for any environmental regulator’s conscience.

Governor Cuomo and the DEC must not fall for these corporate tricks. To do so would be to abdicate the responsibilities of the DEC under the Clean Water Act, which requires agencies to protect local aquatic species, not abstract, equate, and offset them. It would also be to endorse the idea that our ecosystems and aquatic commons are for sale as long as the offer is right.

Yet we cannot allow our ecological future to be bought. Governor Cuomo and the DEC must protect our harbor, not use it as a bargaining chip. The only way to do that is to stop the Williams Pipeline for good.

***
Robert Wood is an organizer with the climate action group 350Brooklyn, which is part of the Stop the Williams Pipeline Coalition.