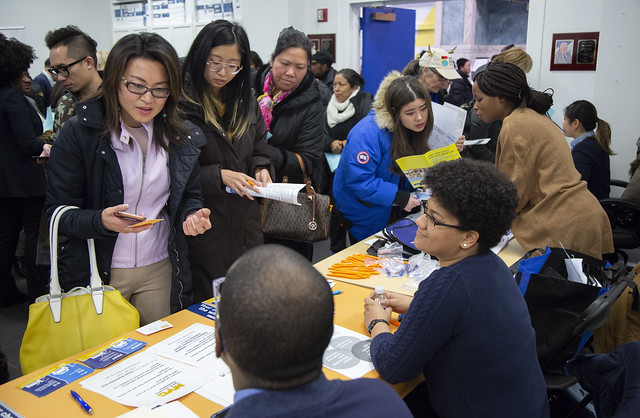 New Yorkers got some great news last week when President Trump abandoned plans to add a citizenship question to the 2020 Census. Adding the question to the Census would have resulted in a massive undercount of the city’s population, causing New York to lose its share of billions in federal funding for vital programs and services.

But there’s another wrinkle in this upcoming Census that could significantly depress participation across the city: the move to a digital Census. This will be the first-ever Census to be completed largely online. Though this change will be welcome news for many tech-savvy New Yorkers, it will bring new challenges in a city where 14 percent of residents live in households without a computer, 23 percent lack a broadband connection at home, and many more aren’t digitally proficient.

Just as city leaders stood up and fought the proposed inclusion of the citizenship question, New York City needs a wide-scale effort to make sure the move to a digital Census does not deter large numbers of New Yorkers from completing their forms. One way they can do this is by partnering in a big way with New York City’s branch libraries.

In recent years, libraries have extended far beyond their historical book-lending role to become the city’s most accessible technology hub for New Yorkers on the wrong side of the digital divide. In addition to providing computer stations, laptop loans, and free internet, they are also a place where those with limited tech literacy can get a helping hand from librarians.

Tens of thousands of New Yorkers already turn to branch libraries for tech help, whether it is applying to a job online, filling out Medicare applications, or simply staying in touch with family via email or Facebook.

Beyond having a substantial technology infrastructure, libraries have unparalleled reach: the city’s 216 branch libraries are on the ground in nearly every community across the five boroughs. Importantly, libraries are also one of the city’s most trusted institutions, providing a range of services in multiple languages but never asking for personal information.

All this makes libraries a natural fit to extend their services to help New Yorkers fill out the digital Census.

Right now, however, it’s not clear that the city’s libraries have the capacity to do this effectively. Many branches across the five boroughs don’t have laptops to loan, and most libraries have at most six or twelve computer terminals, barely enough to serve existing demand.

Beyond the need for more dedicated computers, laptops, and tablets, libraries will need additional staff to help the many patrons who require significant assistance completing the digital Census. At most branches today, librarians are already overextended.

To his great credit, Mayor de Blasio has already launched an outreach campaign to ensure an accurate Census count, and the recently passed city budget includes $40 million to support this effort. The de Blasio administration should devote a portion of those funds to the city’s libraries. Doing so would empower branches across the city to ramp up their capacity and harness their considerable potential to boost participation in the online Census.

***
Jonathan Bowles is executive director of the Center for an Urban Future, a think tank focused on expanding economic opportunity in New York. On Twitter @jbowlesnyc & @nycfuture.