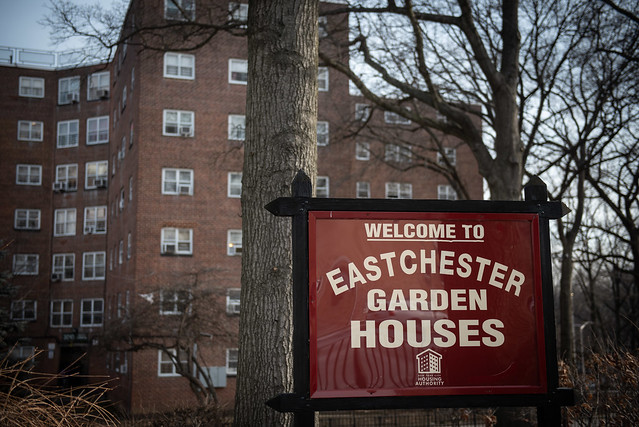 Last week the federal NYCHA monitor issued his first quarterly report. It was a scathing indictment of the agency, describing “putrid liquid” spilling into a laundry room and rats scurrying through a 14-floor high garbage compactor. As one resident explained, “we are hostages in our own homes at night…due to rats that are the size of cats.”

But as disturbing as these examples are, the most important finding was less graphic but ultimately more dangerous:  A systemic culture of failing to take responsibility. NYCHA, the monitor found, was simply unable to proactively recognize and tackle problems, and in many instances showed little interest in even making the attempt.

For example, NYCHA initially explained that it could not fix the leaking of putrid liquid because scaffolding was needed to complete the job. After the monitor made inquiries, the problem was solved in a matter of hours using a ladder.

Further, to this day, NYCHA cannot accurately identify (or even quantify) the number of children living in apartments with potentially dangerous levels of lead paint. Indeed, NYCHA cannot even accurately quantify the total number of people actually living in NYCHA’s apartments. While NYCHA continues to insist it has 400,000 residents, the Department of Sanitation estimates the number, based on waste produced, is closer to 600,000.

These systemic issues, even more than any one graphic example, are the real danger. An agency that can only fix a basic leak after pressure from a monitor is an agency that cannot manage to maintain its buildings. Relying on a monitor to raise these fixes is not a long-term solution; the monitor cannot be everywhere, and the monitor will not be there forever. Similarly, without basic information about who is living in which apartments, the task of protecting children from lead is unmanageable.

None of this is a surprise to us. For five years we served as Commissioner and First Deputy Commissioner of New York City’s Department of Investigation, which runs the NYCHA inspector general’s office. During that time, we wrote multiple reports detailing similar failings. Most notably, 20 months ago we issued a report after our investigation determined that children in NYCHA apartments were being exposed to dangerous levels of lead paint and that senior NYCHA officials had filed false forms with the federal government that failed to disclose this fact.

The lead report followed earlier reports finding that NYCHA failed to perform safety checks on smoke detectors (and often falsified documents to cover up the fact) and did not follow safety rules regarding its elevators. The first report came after two children died in a fire where the smoke detector did not go off, even though an inspector had been in the apartment just hours before the fire and falsely filed paperwork stating that he had tested the alarm and it was working. The second report came after an elderly resident was killed when an elevator malfunctioned and threw him backwards to the ground.

NYCHA’s response to many of DOI’s findings was to minimize the problem rather than to aggressively tackle it. It seems little has changed.

This is the real problem. Not just putrid liquid, not just rats, but a culture starting at the top that has continually sought to downplay problems and avoid public embarrassment rather than energetically work towards real reform. Until this underlying problem is fixed, NYCHA will continue to put its residents in danger.

Moreover, while NYCHA suffers from federal disinvestment, this is not solely a problem of money. Indeed, it costs less to have someone with a ladder fix a leak than to erect unnecessary scaffolding to do the job, or even to have a worker mopping the floor every day for two months.

These failures have real world consequences for the hundreds of thousands of New Yorkers living in NYCHA apartments. The mounting number of young children now known to have been exposed to dangerous lead paint is just the most well-reported example. As our earlier reports demonstrated, the failure to carry out other basic safety checks can also put residents in harm’s way. The failure of City and NYCHA leaders to do what they can to change the culture of disengagement that now exists is unacceptable.

***
Mark Peters & Lesley Brovner are the founding partners of the law firm Peters Brovner LLP and, respectively, former commissioner and first deputy commissioner of the city’s Department of Investigation.