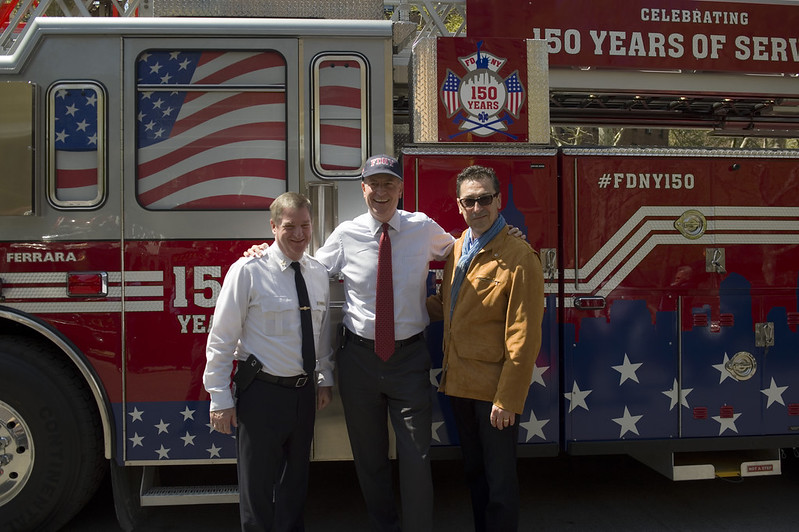 The New York Times recently published a two-column editorial advocating that the city’s emergency medical technicians (EMTs) and paramedics be paid close to or as much as its firefighters. Far easier for the Times to virtue-posture by supporting more pay for hard-working, largely of color EMTs than to address how the increased expense should be funded or how to remedy the astonishing imbalance in resources devoted to firefighting versus to emergency medical response.

The editorial speaks movingly about the importance and stresses of emergency medical service work, but simply notes blithely two remarkable problems. First, the salary increases would mean dramatically raising base pay after five years on the job, from about $50,000 for EMTs and $65,000 for paramedics to the $85,000 base pay of firefighters, at a cost of half-a-billion dollars a year. Second, the reason the job of EMTs and paramedics has become so important and challenging is that the vast majority of emergency calls in New York City are now not about fires, but medical needs.

More than 80% of emergency incident calls to 911 in New York City – almost 1.5 million out of a total of 1.9 million calls a year – are medical, not fire-related. Yet there are only 4,300 EMTs and paramedics employed by the FDNY. In contrast, there are 11,000 firefighters to respond to 40,000 fires a year, only about 2,000 of which are deemed serious structural fires. A relatively small percentage of medical emergency calls are handled by private ambulances, but the contrast between medical and fire calls handled by FDNY is still dramatic.

Medical emergencies have far outnumbered fires since the Emergency Medical Service merged into the FDNY in 1996. New and renovated buildings are now generally well-fireproofed due to strong building codes and improved technology has cut down on the number of false alarms. Meanwhile the aging and growth of the city’s population, the drug addiction crisis, and other factors have led to a dramatic rise in the need for emergency medical response.

The number of medical incidents to which the FDNY responds is 25 times that of fire-related incidents and more than 38 times that of structural fires, yet more than 70% of the FDNY budget and two-thirds of its personnel are devoted to staffing fire units.

Firefighters assigned to engine (as opposed to ladder) companies must receive training as Certified First Responders with Defibrillation (CFR-D) and these companies are dispatched to respond to some medical emergencies. They can often arrive more quickly than an ambulance staffed by EMTs and/or paramedics, but CFR-D firefighters are not able to transport patients to a hospital, or administer intravenous or medication or other types of medical intervention, so in most cases (70% require transport), an ambulance must also respond and take over. The deployment of engine companies, each staffed by four or five firefighters and an officer, thus gives the firefighters more “runs” but they are mostly redundant and extremely expensive.

There is a great deal of emphasis in public discussion of emergency medical services on response time, i.e. how long it takes for a fire truck or ambulance to arrive on the scene of a call. While the average response time for both ambulances and fire engines has risen a few seconds over recent years, the vast majority of calls are for situations that are not life-threatening and for which response time is not a critical issue.

Deployment of more staff and ambulances that can respond more promptly to the most serious incidents would be more efficient and effective. The increased costs could be offset by reducing the number of fire engines and ladders, which are no longer necessary given the reduced level of firefighting—but an effort to right size firefighting resources is regarded as politically untenable because no one ever wants to lose a firehouse nearby, regardless of how busy it is.

Another approach, adopted successfully in Houston, would be to require firefighters to receive EMS and/or paramedical training so that fire engines can provide the full range of services needed for medical calls, including transport.

But again, the obstacles are primarily political – firefighters would resist the additional training requirements and the unions representing EMTs and paramedics would howl at further erosion in their numbers (many already leave to take advantage of the priority they are given to become firefighters).

Although FDNY recognizes the need to reconfigure the department, it has not made significant efforts to do so. In 2016 it instituted a pilot program in the Bronx of using “fly cars,” SUVs staffed by EMT supervisors and paramedics, to respond to life-threatening incidents along with an ambulance and instead of fire engines. It reduced response times by more than one minute. It has been announced that this program will be expanded in October but no details have been provided.

Instead of talking about the difficult but necessary steps to provide more and better ambulance service to New York City residents, the Times and elected officials – many of whom just rallied with EMTs on the steps of City Hall – are choosing the easy message that makes no one unhappy but solves very little: pay more to the stressed and stretched EMTs and paramedics but ignore the serious underlying structural problems that will continue to plague the city’s emergency response system in the absence of an honest discussion and real leadership.