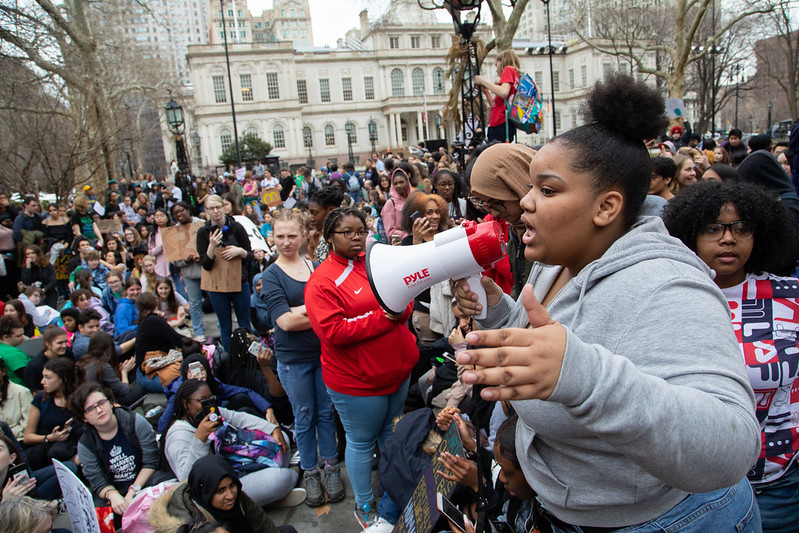 2018 was an historic year for youth voter turnout across the country. Just not in New York. Nationwide, 31% of young voters (ages 18-29) made it to the polls. In New York, that number was about 16.4%, the second-worst in the nation in states for which we have data. New York’s young voters are not more apathetic than other states; instead, we have an election system that does not facilitate our participation, and in fact suppresses it.

Our organization, Generation Vote, works to empower young people across the state to participate in the political process and make their voices heard. We hear stories from young people on the ground who tell us that opportunities to register to vote are limited, registration deadlines are restrictive, and closed party primaries restrict new voters from participating in such elections. They also cite policy decisions made at the local level, such as poll sites placed in locations away from both college campuses and public transit, which place further obstacles to youth participation.

Young people are forced to enter the electoral process at a time when their lives are highly transient and unstable, when the process to vote is often most complicated, and before they have had a chance to develop a habit of participation. Next year, voters between the ages of 18-29 will make up 40% of the voting-age population. Our generation, which is the most diverse in our country’s history, will live with the decisions made today and tomorrow for the rest of this century and needs to have a say in that future.

New York has the potential to empower young voters for next year’s crucial elections and beyond.

We need to make youth voting rights and engagement a renewed priority for reform in New York State. This will require a two-pronged approach: one is removing statutory barriers to youth voting in New York, and the other is creating avenues for authentically engaging youth voices in the political process.

There is an array of possible reforms suggested by youth voting experts at the Center for Information and Research on Civic Learning and Engagement (CIRCLE) at Tufts University and the Fair Elections Center. These include automatic voter registration, lowering the voting age to 16, codifying the re-enfranchisement of people on parole, and mandating on-campus poll sites.

These reforms will remove barriers to accessing the polls for young people, opening up the process to new voters. They should form the basis of a new pro-youth voting reform package taken up by Governor Cuomo and State Legislature at the start of the next legislative session in January.

Thankfully some key pieces are already in motion in New York, such as pre-registration for 16- and 17-year-olds; same-day registration, which is likely to appear on the ballot for New York voters in 2021; and a bill that would require SUNY and CUNY college campuses to expand their voter registration practices, which awaits the governor’s signature to become law.

We also have to build a culture of participation and engagement that authentically brings young voices into the process. Steps including the creation of a youth delegation to state government, embedding standardized civic education into our schools, and lowering the age requirement to be a poll worker to 16. Building a culture of engagement will make voting a part of a wider civic experience, and create a healthier democracy.

With 2020 around the corner, the stakes have never been higher for New York to make it simpler, not harder, for young voters to make their voices heard. At Generation Vote, we’ve already hit the ground running with the first New York Youth Voting Rights and Engagement Summit, which took place on November 9.

We’re bringing together young people from across the state to build on our work as part of the Let NY Vote Coalition by creating a new agenda for youth voting rights in New York State. If you want to help us build a democracy which authentically includes young people, visit our website and find us on social media, then get in touch and involved.