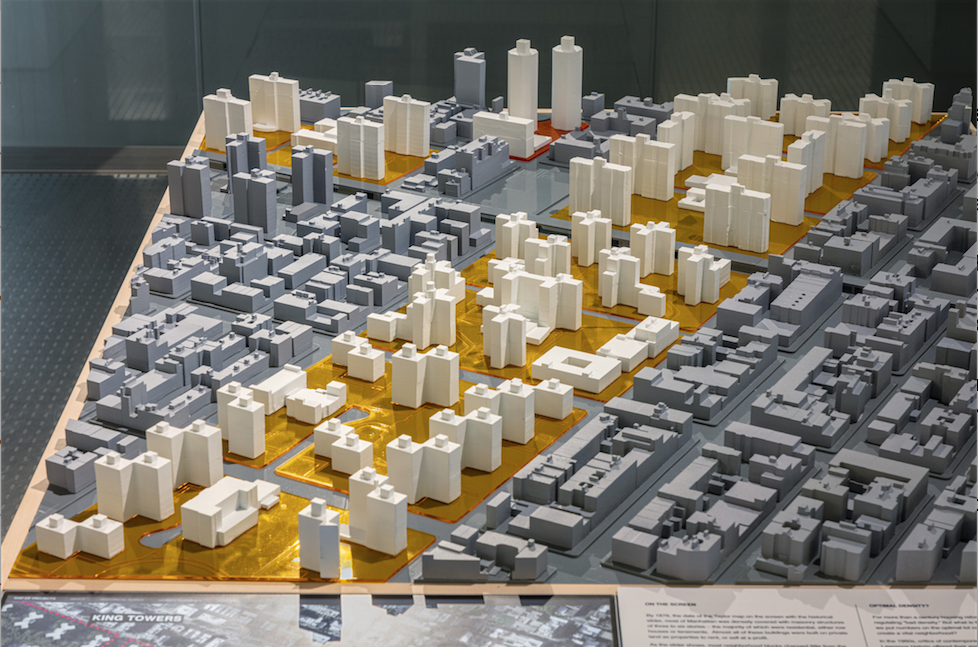 NYCHA developments full of high-rises seem massive from a distance, but on closer examination their visual bulk disguises a deeper truth: they are dominated by open space. What to do with all this unbuilt space has inspired competing and controversial plans for infill and redevelopment. A growing number of policy experts believe that the New York City public housing authority would benefit just as much from a more aggressive program to transfer development rights for cash. They are right.

That NYCHA is “underbuilt” has been known for decades, but the general consensus has been that the rules governing Transferable Development Rights made it impossible for the housing authority to monetize the unbuilt square footage. Large NYCHA superblocks frequently lack adjoining parcels to which these rights could be transferred under current rules. NYCHA, to most eyes, appeared to be landlocked.

Intrepid staff at the Regional Plan Association have now calculated that a straightforward rule change (a city Zoning Text Amendment) could put into play an astounding 78 million square feet of NYCHA’s transferable rights. Selling these rights, they estimate, could yield $4.2 to $8 billion for NYCHA repairs.

The key to unlocking these revenues is to allow the authority more flexibility than typical property owners in moving its Transferable Development Rights around the city. By moving NYCHA air rights across the street, up to a half mile away, or within a Community District, the opportunities for revenue generation increase exponentially. 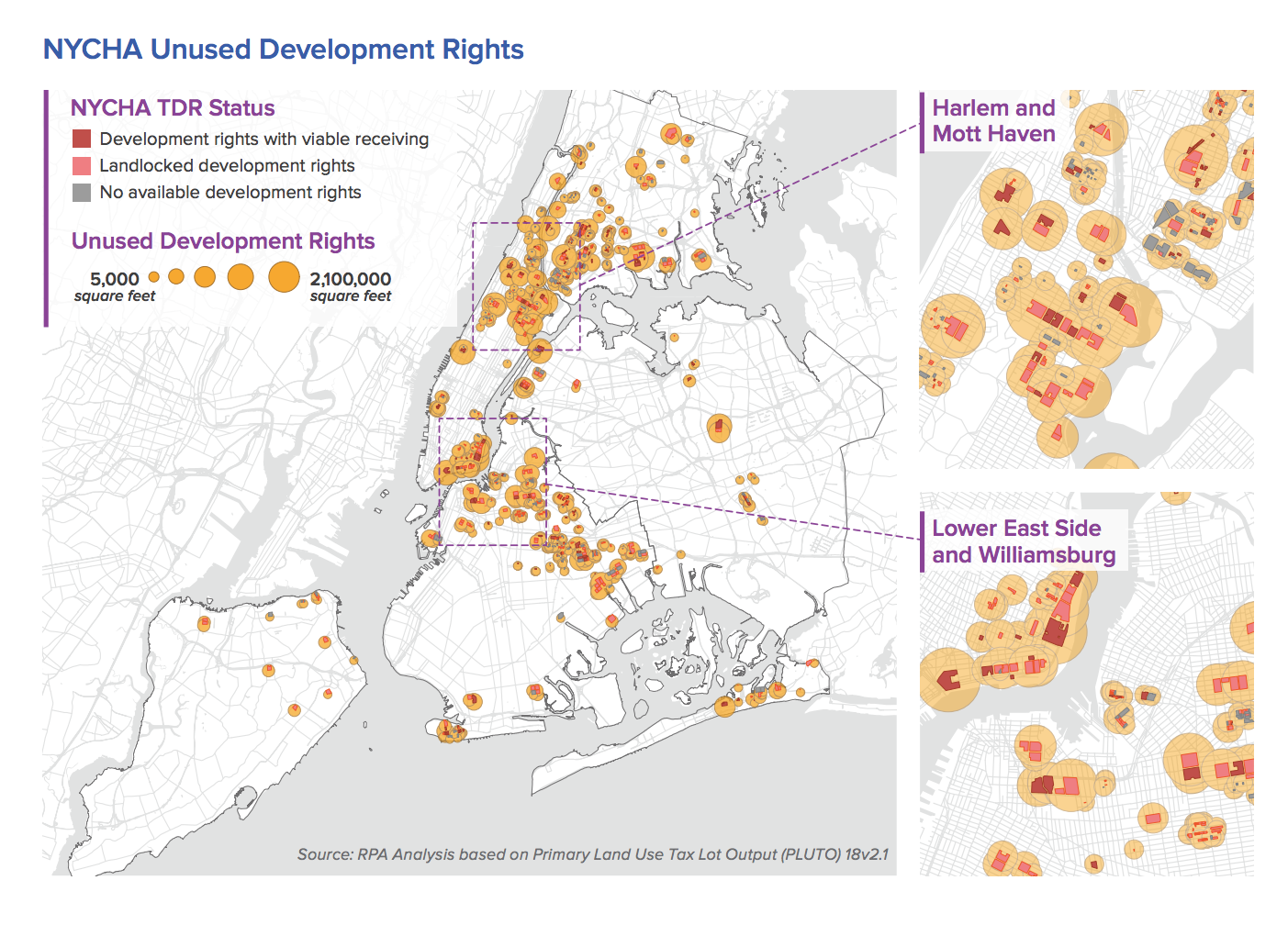 These eye-popping revenue projections could be game-changing when it comes to paying for much-needed repairs of boilers, apartments, and more.

Relying more on development transfers would also defer a growing number of pitched battles over infill and redevelopment. As illustrated in the HOUSING DENSITY exhibit at the Skyscraper Museum, low-density NYCHA superblocks (even in their rundown state) offer current residents a style of living that is difficult to replicate anywhere else in New York. Where else in the city can you find relatively large apartments (avg. rent $533 per month per apartment) with windows in every room looking out on open space, trees, and the city?

Infilling NYCHA with new structures will not only take away some of the city’s last open spaces, and tree canopy, but will further undermine the remaining quality of life for current NYCHA residents. Less air flow, fewer trees, and reduction in permeable surfaces seems like a bad idea for a warming city. Infill projects are, therefore, stalling out for a good reason. Redevelopment projects of buildings and grounds offer a brighter hope for completely rethinking NYCHA’s midcentury tower-in-the-park formula, but so far the politics of redevelopment are even more fraught than infill. 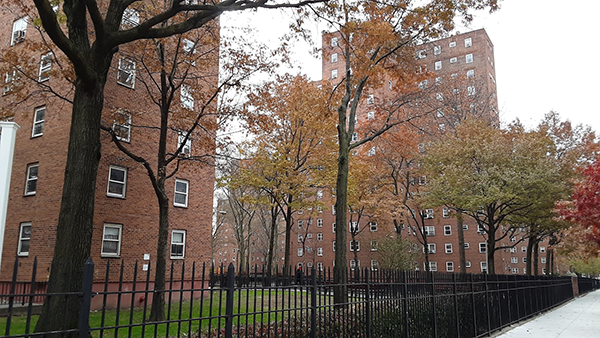 (Johnson Houses in East Harlem: Just one of many NYCHA developments with extensive tree cover and lawns.)

As with all things NYCHA, a major policy shift on Transferable Development Rights will generate enormous resistance -- but probably not from NYCHA residents. Instead, it will be NYCHA neighbors, some of them blocks away from current projects, who will feel the impact. If this proposal moves forward they will find that many builders can upsize their plans for development. Expect a backlash from non-NYCHA neighborhood activists and those that represent them including city, state, and federal elected officials.

Some say the politics would be too difficult and few city leaders have embraced this brave plan as of yet. There is, however, a double standard here that should be addressed. Politicians found a way, for instance, to make similar changes in East Midtown in the name of commercial modernization. Zoning text changes there enriched a few billionaire property owners, and were achieved over some vocal community objections, so why not make similar changes for the benefit of NYCHA’s 400,000 residents?

It is hard, moreover, to have much empathy for city residents and their elected officials resistant to finding alternative funding sources for NYCHA. It is true that Mayor de Blasio has committed unprecedented local funds to NYCHA, but the City of New York has found much more additional money for generous labor contracts, ferries, new jails, and bike paths, while allowing NYCHA residents to face another winter with very old boilers. If politicians and non-NYCHA residents are unalterably opposed to Regional Plan Association’s proposals, they should at least propose an alternative means of financing the $30+ billion renovations NYCHA needs.

In the meantime, the treasure hidden away in underbuilt NYCHA superblocks should be used as a major downpayment for immediately upgrading resident life.

***
Nicholas Dagen Bloom, Professor of Urban Policy and Planning, Hunter College is author of Public Housing That Worked, How States Shaped Postwar America: State Government and Urban Policy, and a co-curator of the HOUSING DENSITY show.