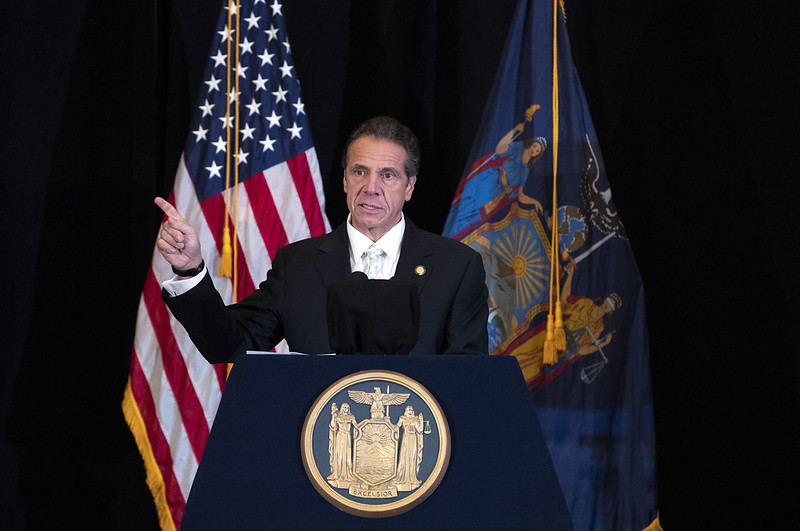 The saga over the National Grid moratorium on gas hookups illustrates both the best and worst of Governor Andrew Coumo.

The fact that Cuomo was able to get the utility to back down from its moratorium, despite the long-term facts being on its side, is exhibit A that Cuomo is a master politician. He knows how to play the game and to control the spin. On the other hand, it once again reminds us of the governor’s penchant for egregious pandering to special interest groups he is courting and the eventual harm that it will cause to the welfare of the state.

Early in his first term, Cuomo followed through with his promise to be a strong fiscal manager. He clamped down on extravagant healthcare increases and earnestly sought to keep state spending within a self-imposed limit of 2% annual growth. He shepherded through a very much needed property tax cap, even though he exempted New York City from the constraints.

But, as time went on, he saw that it was the radical left that was gaining momentum in the state, and fearing a primary defeat at the polls, he switched gears. His early devotion to spending limits morphed into a bunch of budgetary gimmicks whereby he claimed he was staying within his 2% threshold, but was actually spending at twice that pace. A glaring recent example is the disingenuous machinations he’s employing with Medicaid by shifting present costs into future years and a ballooning deficit.

While he’s not running this year, those ambitions likely weigh heavily on his mind, as he recently declared war on not only National Grid but also Con Edison in their efforts to get needed pipelines laid to bring residents and businesses natural gas to heat their homes and stores.

The governor’s reasoning is purely political and downright dangerous. National Grid is not making up the fact that more capacity is needed to fuel our growing energy needs. A pipeline is the safest and most affordable method of transporting gas. Yet, Cuomo had his agency block the laying of the pipe on the most specious environmental arguments that it will somehow pollute our waterways.

Ironically, the deal that he has struck with National Grid to end its moratorium calls for the needed supply of gas to be brought into our area via tractor-trailer trucks.

Is this a joke? Has anyone calculated the carbon footprint of adding all of these tractor-trailers onto our already congested roadways?

Cuomo has his checklist: there’s something for every interest group, with the environmentalists getting a pie in the sky effort to eliminate natural gas and other fossil fuels over the next few years.

The irony is that it is natural gas that is responsible for the United States being one of the only industrialized nations to have actually reduced its carbon footprint over the last 15 years. It simultaneously made us energy independent from Middle East tyrants, while boosting our economy and making us the number one producer of energy worldwide.

Solar, wind, and other alternative sources certainly must be in our energy portfolio, but it is pure folly to believe that we are prepared at this point to shut the spigot off the natural gas pipelines.

Just because National Grid can continue to supply new hook-ups with needed gas does not mean that we aren’t heading toward a crisis without necessary pipelines. Many will look at this deal crafted between Cuomo and the utility as putting the controversy to rest. To the contrary, the headaches have just begun.

The New York Post reported just last month that Public Service Commissioner John Howard conceded: “This short-term reaction was, `We need more gas.’ That’s an undeniable fact.” Another Commissioner, Tracy Edwards, admitted: “We have capacity issues.” And a third, Diane Burman, said: “Those who say ‘No new pipelines’ should look at what the ramifications are.”

Cuomo comes out the victor in the short-term by making National Grid bow to his aggressive ways, including the threat of imposing even heavier fines and revoking their license to operate in New York. (Though I wonder if his strong-arm tactics would have held up in court, had National Grid maintained the resolve to take it to the next step.)

Nevertheless, with the assistance of a politically-aligned liberal Attorney General's office, the governor adroitly put the utility in a corner. The utility lost this round and Cuomo put another notch in his belt, but in a few years when our utility rates go through the roof and supplies are once again threatened, it will be the residents and businesses of New York who will be the real losers.

***
Steve Levy is President of Common Sense Strategies, a political consulting firm. He served as Suffolk County Executive, as a New York Assembly member, and host of "The Steve Levy Radio Show." He is the author of “Bias in the Media” and is on Twitter @SteveLevyNY.