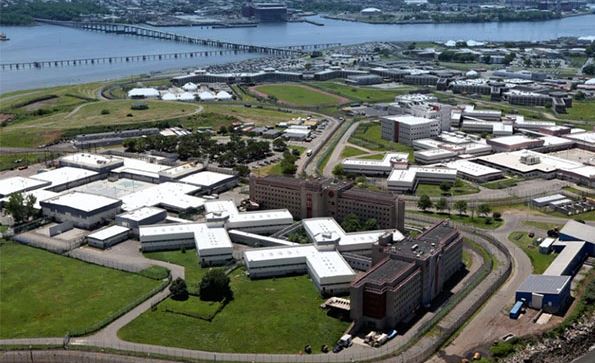 After five years of struggle, the New York City Council voted last month to finally shutter the house of horrors that is Rikers Island. Closing this facility, however, is only the first step toward true restorative justice. New York City must invest in the communities that have borne the brunt of the over-policing and under-investment that fueled the mass incarceration machine. These communities are the same ones who are most vulnerable to rising sea levels, toxic air, and extreme heat brought about by the climate crisis.

The good news is that a group of advocates, experts, community organizations, and Council members has proposed a solution to solving all of these challenges with one sound policy: a Renewable Rikers Island.

Our collaboration created a framework for the Renewable Rikers Act, a three-bill package that sets us down a road to restorative justice. The plan would mean fewer trucks, cleaner air, less waste, lower asthma rates, and new access to waterfront and affordable housing on the footprint of former pollution factories.

The Lippman Commission on the closure of the Rikers jails, the #CloseRikers coalition, and the City Council’s Progressive Caucus have all endorsed this as the best plan moving forward.

We can use part of what will be newly-available 413 acres to build a solar farm, with space for large-scale batteries to store the energy generated. With plenty of land left over, the city can build a state-of-the-art wastewater treatment plant on Rikers to absorb much of the sewage overflow that currently pollutes our waterways, particularly adjacent to low-income and working communities. If the ambitious vision is implemented, this new waste water treatment plant could mean shutting down one or more of the Depression-era wastewater treatment plants in communities overrun with polluting facilities.

A new treatment plant on Rikers should also be outfitted with an anaerobic digester, which turns the facility’s sludge into natural gas. This digester can also process food waste that currently goes to a landfill, where it emits greenhouse gases. Expanding organic waste processing on Rikers means it will no longer be trucked in and out of the South Bronx, North Brooklyn, Southeast Queens, and Sunset Park, where most waste transfer stations are clustered.

Even if we make only some of this happen on Rikers Island, it would open up land in communities of color that have been disproportionately impacted by the criminal justice system. The Regional Plan Association expects more than 200 acres of city-owned land to become available for public use if we build wastewater plants on Rikers. Closing “peaker” plants – the plants that only kick on during times of high power demand – across the five boroughs will open up sizeable footprints in communities of color that have long pined for new parks, community centers, and affordable housing, while also reducing the air pollution emitted by these fossil-fuel burning plants.

And finally, a Renewable Rikers will create thousands of good, green jobs in innovative industries. Those should be filled primarily by the formerly incarcerated who have turned their lives around, as well as members of communities who for too long saw little investments in their neighborhoods.

We can only have real environmental justice if the stakeholders in these neighborhoods are the ones who drive the conversation around how this land is used. The time to listen to their voices is now.

Detractors and distractors will try to point to other possibilities for Rikers Island, but we believe that is simply an attempt to kick the can down the road. Justice delayed is justice denied. Any proposal that does not directly benefit the communities so long impacted by the abhorrent conditions in the jails on Rikers should not be considered as a matter of process and justice. And, this land is unsuitable for anything else because it is built on a decaying toxic landfill.

The coalition of criminal justice reform, community, environmental, faith-based, and environmental justice organizations and advocacy groups who support the Renewable Rikers vision is diverse and vast. This is a clear opportunity for our city to continue taking bold and progressive steps towards a more sustainable and just future, and passing the Renewable Rikers Act is the first critical measure to ensure we move toward this vision of a cleaner, greener, fairer city.