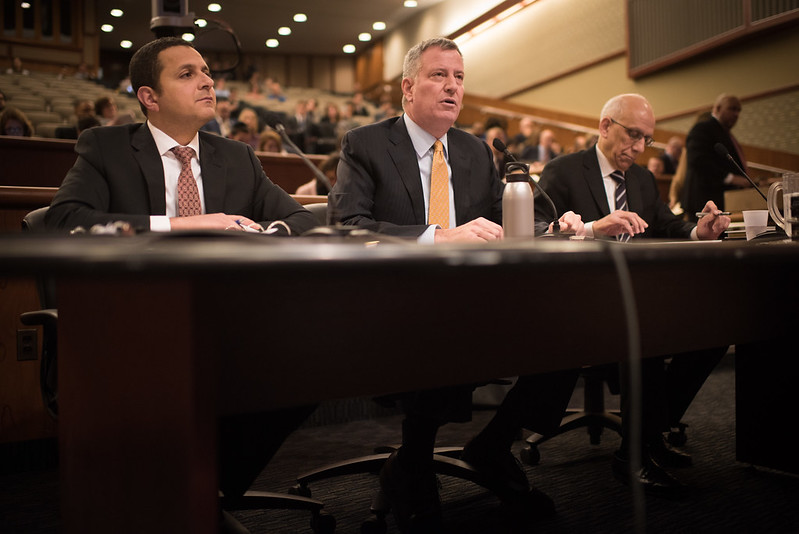 As a New Yorker, you’d probably tell me to “Get the hell outta here!” -- then I’d have to give you details.

So here’s how the flimflam went down. Three years ago, city government hired an inexperienced French technology company, Ivalua, to custom-build procurement software for tens of millions of dollars ($30.5 million, to be more precise) to help the city agencies buy goods and services less expensively.

The company’s partner in landing the contract was KPMG, a global professional services firm with deep ties to the mayor’s office and city agencies through well-connected lobbyists.

Two years after the contract was signed, the design hadn’t been completed. Fast forward to today, and few if any of the 40 agencies benefit from the promised customizable, end-to-end e-procurement system. And while officials had the legal ability to cancel the contract and claw back $25 million of the $30 million they’d spent, they chose instead to give the vendor another $15 million to get the software working.

Another increase will bring the expected cost to almost $47 million.

There is procurement software from Bonfire Interactive, Ltd., a Canadian e-procurement firm, that’s readily available for $50,000 and used by Dallas, Texas. But New York City officials dismissively declare the Big Apple is vastly different from other major cities, but don’t address why proven, far-cheaper options were ruled out.

Forty city agencies continue to rely on old-fashioned methods for finding and paying vendors. Yet officials at two agencies, the Department of Information Technology and Telecommunications (DoITT) and the Mayor’s Office of Contract Services, that were directly involved in the contract decision-making process, duck basic, reasonable questions about who enabled this boondoggle in the first place.

Why was a French company that had never worked with any government in the U.S. given a $30.5 million contract by the largest municipality in the nation?

Why are the agencies involved hiding emails and other lawful public records that could shed light on the origins of this scandal?

This is happening now. And few who can do something about it -- like City Council Speaker Corey Johnson -- have taken any action to address it.

Then-DoITT Commissioner Anne Roest, who signed the contract; Chief Procurement Officer Michael Owh, who ran point; and KPMG official Samir Khushalani, who was the “executive sponsor,” have all left town.

Other officials at DoITT and the mayor’s office who were involved have avoided owning the problem. Instead, they have delayed and denied reasonable Freedom of Information Law (FOIL) requests for documents and emails regarding this troublesome contract.

Based on limited records we at Checks and Balances Project uncovered, we discovered that Ivalua’s design had not been completed and requirements were not validated two years after the contract was signed. These public records show that nearly every milestone had been missed.

DoITT, in charge of the project until the mayor’s office took over in January, replaced KPMG with Accenture. And in June 2018, former Commissioner Samir Saini signed paperwork giving Ivalua another $15 million. Since then, according to Checkbook NYC, the city comptroller’s digital database, an additional increase brings the expected price for the software system to $46.89 million.

In a city with an annual budget of more than $92 billion, nearly $47 million might not seem like that much. But it’s real money, the equivalent of:

There are several officials and institutions that have the ability to do something about this growing contract scandal: Comptroller Stringer; Public Advocate Jumaane Williams; Speaker Johnson; the City Department of Investigation; City Council Member Ben Kallos, who chairs the Contracts Committee and sits on the Oversight and Investigations Committee, and other Council members; and city media. Only Stringer and Kallos have taken any interest in the wake of a Daily News story on the boondoggle.

Playing fast and loose with public funds isn’t a new thing in New York City. But that doesn’t mean it’s OK. The question is, who will do something about it?

***
Scott Peterson is executive director of Checks and Balances Project, an investigative watchdog that seeks to hold government officials, lobbyists, and corporate management accountable to the public. On Twitter @CandBP.