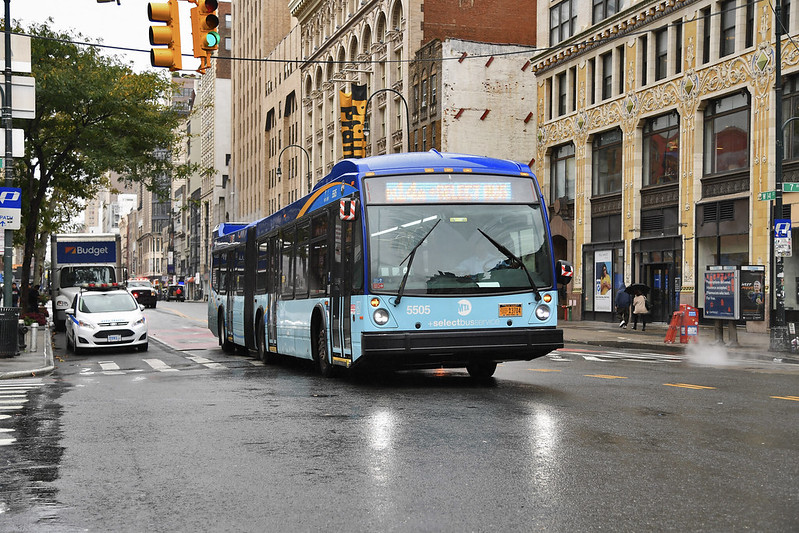 In the year since I wrote “Designing Bus Routes to Attract Passengers and Reverse Declining Ridership,” the MTA announced the results for the Staten Island Express Bus Redesign, completed a Bronx study, and began studies of the bus networks in Queens and Brooklyn.

These studies make incorrect generalizations resulting in formulas attempting to correct problems. It is not true that simple direct bus routes always better serve the public; or that underperforming bus routes should readily be eliminated; or that exclusive bus lanes are needed on every wide street with bus operation.

Formulas lead to poor decisions resulting in unexpected consequences. Problems need to be studied and decisions to correct them made on a case-by-case basis.

There is currently too much emphasis on: improving bus speeds, while ignoring passenger trip times; increasing frequency on heavy-demand routes at the expense of reducing network coverage; using articulated buses to reduce service; and expanding Select Bus Service (SBS) and exclusive bus lanes.

Improving bus speeds and improving passenger trip times are different. The latter results from better reliability, more frequent service, reduced walking time, and the need for fewer connections, as well as from improving bus speeds. Fewer bus stops and more direct routes could improve bus speeds, but could also increase passenger trip time. Some underperforming routes might be necessary to provide adequate coverage in low density areas. Exclusive bus lanes may not be a cost-effective way to improve reliability.

Routes cannot always be simple and direct because of grid system irregularities; major destinations may not be accessible with a straight route without a long or inconvenient walk for many riders. The positives of an indirect route may outweigh the negatives.

Several years ago, the B36 route was made more direct by no longer stopping in front of the Sheepshead Bay Station. My experience showed minimal change in bus travel time, while that station has the sixth highest bus/subway transfers in Brooklyn. The savings from straightening the route added two additional minutes of walking for those making bus/subway transfers and significantly increased the chance of a missed connection, which could add 10 or even more minutes to passenger trip time.

About 40 years ago in Denver, simple and direct routes failed miserably. Riders complained of longer trips due to increased walking and switched to cars. Bus ridership plummeted; many old routes were restored.

Bronx riders were asked to choose between frequency or coverage. This assumes the MTA cannot provide both, when both are crucial to a well-functioning system. It is like asking a prisoner who hasn't had anything to eat or drink for the past 24 hours if he wants food or water. A survey showed more passengers preferred frequency to coverage; routes that have fewer bus stops to ones with more bus stops; simpler and direct routes to indirect routes; and SBS or LTD service to local service. Those results are being cited so the MTA can claim the effort is customer-driven. Data should not be used to support predetermined conclusions. It is curious that no MTA recommendation was also made to permit riding three buses for one fare, which riders also suggested.

The MTA could do a far better job in advertising its bus design workshops and encouraging meaningful participation by those who do attend.

One goal of the Queens Bus Redesign is to eliminate bus routes that are redundant with or compete with the subway. Whenever there is a subway blockage, it can often take hours for replacement bus service that is usually inadequate for the demand. These redundant routes are necessary.

According to the Bronx Bus Existing Conditions Report (p. 98) five routes are profitable, with the Bx12 SBS leading the pack. However, when considering the cost for fare enforcement and fare machine maintenance, all SBS routes are financial losers. After I explained why SBS is not a panacea, the MTA placed a moratorium on new routes for three years.

The MTA declares success by analyzing data and finding something positive to say, ignoring negatives. After one year, Staten Island express bus service is 1.3 mph faster, and the average dwell time is down 23 seconds. However, complaints about reduced service spans on some routes, adding precious time to many commutes, or that more passengers must now stand, are dismissed. Rather than first considering a lower off-peak fare to encourage ridership during those times, the MTA chose to eliminate trips.

A good plan requires minimal fine-tuning. The Staten Island Express bus redesign continues to undergo revisions for over one year with many passengers still dissatisfied.

Clear criteria should be established to measure the effectiveness of a network redesign. To what extent: Has reliability improved? Have passenger trip times decreased? Has ridership increased?

Is the MTA’s real purpose to save operating costs? Bus routes with fewer bus stops and buses cost less to operate. Straight routes cost less than ones that divert to better serve major traffic-generators. Is a minor bus speed improvement with no regard to passenger trip time the best use of funds?

The Fall 2019 schedule revisions saved $7 million. Reducing service was chosen over reallocating it. Service cuts were recently announced for the B38 and severe cuts to the B46 Utica Avenue route, while instituting articulated service. Articulated buses originally were purchased to reduce crowding, not to enable service reductions.

B46 paid ridership declined since the introduction of SBS three years ago. How much was due to increased fare evasion? No SBS progress report was ever issued, though they were with all other SBS routes after the first or, for the B44, second year.

In 1975, B46 service during rush hours was cut in half although the buses were already severely overcrowded. The result was private for-hire cars started picking up passengers, followed by “gypsy cabs” that morphed into dollar vans following future cuts. The MTA is now repeating its past mistake; at the same time, it is spending $5 million to study a new Utica Avenue subway line it will never build.

Fare evasion on buses has reportedly been high and on the rise, with the MTA just starting to really address it. Is cutting service wise when patronage may not have really declined? And is cutting service the way to win back riders who may have abandoned bus?

These bus redesign are also myopic in their approach, focusing only on paid customers, and ignoring latent demand. Simplistic solutions have resulted in today’s transit and traffic problems.

In April, the city proposed spending $280 million to add 30 miles per year of exclusive bus lanes that will increase average bus speeds by only 1-2 mph! That plan has since been expanded to 150 miles of exclusive bus lanes over three years at a cost of $1.7 billion, which will also pay for many miles of new bike lanes and other streetscape changes. City Council Speaker Corey Johnson’s Let’s Go Transit plan (p. 9) proposes each redesigned bus route feature an exclusive bus lane. That is expensive and unnecessary when bus service is infrequent, risking avoidable increased traffic congestion.

My Brooklyn Bus Network Redesign improves accessibility and reliability. Increased operating costs would be offset by increased revenue. My 1972 master’s thesis correctly predicted the addition of free transfers would greatly increase bus ridership. It rose to its highest level since World War II after they were instituted. Better routes and reliability would have the same effect.

Passenger trip time must not be ignored. Criteria for evaluating bus network redesigns must be established; minor improvements do not indicate success. A broader approach that considers latent demand, a time-based fare, and express bus fare discounts is also needed.

Congestion pricing monies should offset operating cost increases needed for service improvements, rather than used solely for capital improvements such as unnecessary bus lanes to improve average bus speeds by 1-2 mph. A state law requiring vehicles to give the right of way to buses pulling out of bus stops would speed buses more than SBS.

A bus network redesign should seek to improve travel accessibility between neighborhoods with strategic investments, not to lower gross operating costs.