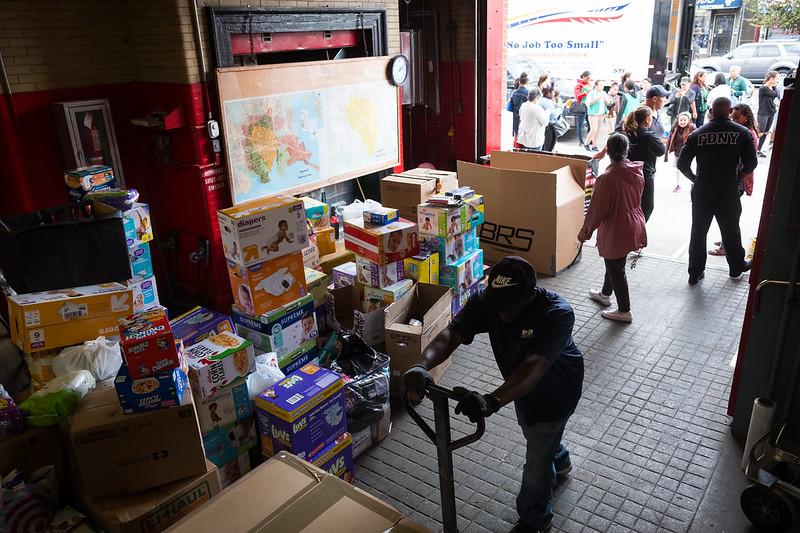 As the city and state are on pause and most people are shut in, many (including me) are stunned and anguished about the sudden shutdown of the city’s economy. Restaurants, bars, and personal services are the grout that holds our neighborhoods together. We are heartbroken about all the waiters, cooks, bartenders, manicurists, personal trainers, and others who are now unemployed; many of these people who give character to our lives are now in dire financial straits. The same is true for cleaning and other front line staff at hotels, taxi and for-hire vehicle drivers, theater and movie staff, and many thousands of others, both regular employees and part-time, off the books, and gig workers.

The aid and recovery legislation that has been agreed to by Congress and the Trump administration will do much to help, by sending checks directly to workers, extending unemployment benefits, and providing loans to small businesses so they can keep employees on the job and try to stay in business. Bravo.

But we are in for a long siege in New York as coronavirus cases continue to grow, hospitals are overwhelmed, and much of the city’s daily life is kept on hold. While many are suffering, others are continuing to work from home and receive their paychecks; indeed, some of us are fortunate enough not to have to depend on paychecks to provide for food, shelter, and other daily needs. There is an untapped wellspring of support from those who want to help their fellow New Yorkers who are struggling. What can they do?

This is a situation in which, for many who should not be leaving their homes to volunteer at a food bank or child care center, the best thing to do is contribute money. Of course individual donations cannot begin to match the magnitude of aid and support that is needed from government. But there are many ways that private donations can be used to make a difference.

Restaurants, trade groups, and social service agencies have been trying to raise money through approaches such as selling gift certificates, starting GoFundMe campaigns, and other kinds of outreach. But these well-intentioned but ad hoc efforts cannot be as effective or reliable as a more centralized, coordinated effort.

The September 11th Fund, for which I served as CEO, is sadly relevant today, and the creation and operation of that Fund is a useful model as we plan ahead now. A large, well-regarded New York City organization or group of organizations (e.g. Association for a Better New York (ABNY), The Partnership For New York City, The New York Community Trust, etc.) should create a 501(c)(3) that will accept donations from individuals, corporations, and charitable foundations. The fund’s board of trustees would use the money raised to assist victims of the coronavirus and its fallout — with the term ‘victim’ broadly defined — who live and/or work in New York City.

I don’t know how much money could be raised, but by way of comparison, when The New York Community Trust and United Way created and announced the September 11th Fund, $500 million was raised in less than four months. If New Yorkers who are able donate the amount they usually spend in one or two months on dining and drinking out; hair, nail care, and gym memberships; and theater, movie, and concert tickets, I suspect tens or even hundreds of millions of dollars can be raised very quickly.

In addition to the $200 million in one-time cash payments The September 11th Fund made to the families of those who were killed in the World Trade Center attack, it also made monthly payments to individuals who worked downtown whose jobs were lost when the area south of Canal Street was closed. Of course the number of impacted workers was small in comparison to the roughly 300,000 to 500,000 city-wide who are already affected. But the experience does show that New Yorkers will contribute to such an effort, that it can be up and running quickly, and make a difference.

Technology has improved so much since 2001 that many of the administrative tasks to start and run such a fund would be far easier. Software to maintain a large database and print checks and/or transfer funds is now readily available. Ideally there should be one non-profit service provider (in The September 11th Fund case it was Safe Horizons) that can process applications for direct assistance, but this will be challenging in a time when people are not easily able to show up in person.

There are of course complex policy questions to be addressed, including what kind of assistance is most needed and who is eligible. The board of trustees to be created to govern the fund would need to make difficult decisions as The September 11th Fund board did. But the most urgent question right now is who will take the initiative to form the fund and get the fundraising going.

The September 11th Fund was announced in a full page ad in The New York Times on September 13, 2001. I think the Times would agree to publish such an ad free of charge now, as would other city publications. And now we have Facebook, Twitter, Instagram, and other social media to help raise funds. A concert on behalf of the new fund, like the one at Madison Square Garden after 9/11, broadcast on TV and online, during which viewers could contribute by phone or on line, would raise even more money.

I urge business and civic groups to convene and take up the challenge to get this going as soon as possible. Many of our fellow New Yorkers need our help.