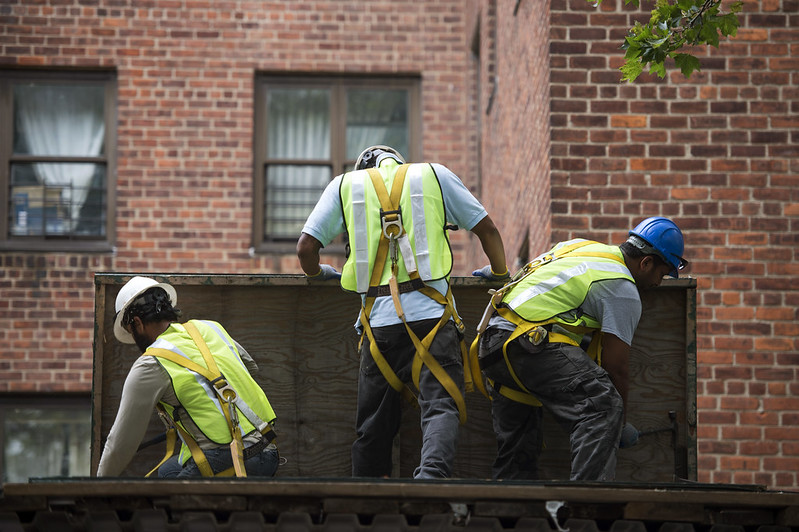 As the coronavirus crisis continues to hit New York harder than any other state in the nation, Governor Cuomo, Senate Majority Leader Stewart-Cousins, and Assembly Speaker Heastie have undoubtedly answered the call and stepped up in a big way to protect New Yorkers and address statewide needs.

But as they consider ongoing negotiations over the state budget – amid a partial shutdown of New York’s massive construction industry – state lawmakers must ask themselves whether it makes any sense right now to ram through a controversial expansion of construction prevailing wage mandates.

That answer is an obvious and resounding no.

The proposal to expand prevailing wage mandates to many private construction projects was always a bad one – but it is even worse as we enter an economic downturn that may very well become a recession. That’s because it would eliminate good construction jobs and contracting opportunities when they will be most needed to help New York rebound from the COVID-19 outbreak and its ramifications.

We already know that this proposal would raise construction costs by around 30 percent – which translates to billions in additional costs – and make it impossible to advance major projects in New York City, Long Island, and throughout upstate communities. We already know it would inevitably leave tens of thousands of workers jobless and prevent small local contractors – especially MWBEs – from getting the business they need to keep the lights on. That’s why this proposal has been sensibly rejected year after year.

Now, just imagine those negative impacts hitting the construction industry a few months from now, as New York emerges from this public health crisis and attempts to jumpstart our economy by getting people back to work.

We already know we’re in uncharted territory. Amid a record-setting 3.3 million unemployment claims nationwide, New York State Comptroller DiNapoli has already sounded the alarm on an ensuing “deep recession,” with the comptroller and other state budget officials warning that the COVID-19 pandemic is projected to cost New York state government $9 billion to $15 billion in lost tax revenue, indicative of a massive loss of economic activity. And the $2 trillion stimulus bill the federal government passed in response to COVID-19 only provides $3.1 billion for New York – not nearly enough to offset the subsequent costs of the economic calamity.

Simply put, any special interests that support a prevailing wage expansion right now are essentially arguing that New York should address crushing economic challenges and rising unemployment by taking away more jobs and making it harder for businesses to operate. That would just be irresponsible.

And remember that when we say this isn’t just a downstate issue, we mean it. Our recent letter to state officials was signed by more than 20 groups statewide, including regional organizations from Buffalo, Albany, Binghamton, Plattsburgh, Brooklyn, and Long Island.

So, as state lawmakers finalize a budget that will hopefully help us rebuild New York’s economy, we hope they stay focused on just that – rebuilding. That won’t happen if they impose controversial new mandates that do more harm than good to workers and businesses alike.

***
Kyle Strober is executive director of the Association for a Better Long Island and Mitch Pally is CEO of the Long Island Builders Institute. On Twitter @KyleStrober & @MitchPallyLIBI.