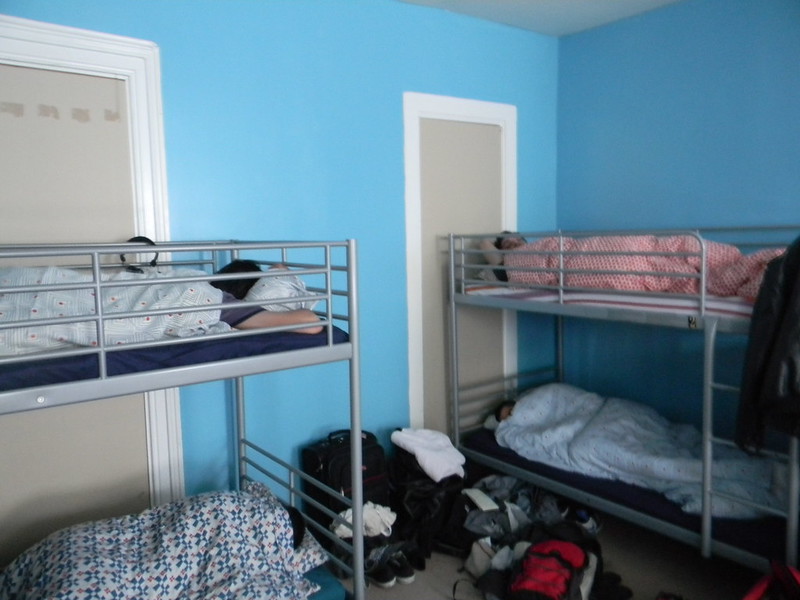 Homeless New Yorkers must be cared for amid the coronavirus (photo: mayor's office)

Last week we learned of Mayor de Blasio’s plan to move an additional 2,500 New Yorkers living in crowded shelters into hotel rooms by the end of April. While this may help some people escape the dangers of COVID-19, it simply does not meet the need.

For tens of thousands of homeless New Yorkers, virtually all of the protocols to prevent contracting and spreading coronavirus are impossible. Homeless people, by definition, cannot stay home, and many of the city’s 70,000-plus homeless people are living in settings that don’t allow them to easily wash their hands as frequently as needed or to shut a door and social distance from their neighbors.

If he really wants to make an impact, reduce the spread of coronavirus, and protect some of the city’s most vulnerable amid this crisis, Mayor de Blasio would utilize 30,000 of the 100,000-plus vacant hotel rooms across the city to move homeless New Yorkers out of the shelters and off the streets into spaces where they can easily practice social distancing, shower, use the bathroom, and wash their hands.

Further, the city already has a system and vendors for providing food to clients living in hotels, as it has long used commercial hotels as emergency shelters. And the mayor just announced enhanced efforts to deliver food to those who need it. The longer the mayor fails to act, the greater negative impact it will have on our whole city. Failing to act will lead to further spread of the virus and will continue to overwhelm the already overcrowded hospital system.

If homeless New Yorkers are safer, we are all safer!

Currently, over 19,000 homeless New Yorkers are living in congregate settings, where beds are often separated by less than six feet. Bathrooms and showers are shared by a large number of people. The food in the shelters is so notoriously awful that during the day, many people travel to soup kitchens or supermarkets to get nourishment. All of these factors lead to increased likelihood of contracting and spreading COVID-19.

Then, there are the thousands of New Yorkers who have stayed out of shelter due to the fear of violence within them and the knowledge of their own previous experiences with health and safety issues in shelter. Like their sheltered peers, they do not have access to personal protective equipment. With restaurants, recreation centers, and other public spaces closing their doors, unsheltered homeless New Yorkers have virtually nowhere to go to the bathroom, shower, or wash their hands. Some of our friends and neighbors have not showered since the city shut down.

On top of that, there is still the threat of NYPD “sweeps,” where people are only offered congregate, intake shelters as an alternative to moving from their spot. Despite CDC guidelines, the city continues to conduct such “sweeps,” which only serve to move people from place to place and make them even more vulnerable to contracting and spreading coronavirus.

Just as importantly, workers in shelters also face many of the same risks as shelter residents. The city has made lackluster efforts to provide personal protective equipment in the shelters, but it’s been made clear that homeless services staff and shelter residents are being left behind. Workers return home and are forced to put their families at risk, too.

As of April 15, the Department of Homeless Services is tracking 487 homeless New Yorkers who are positive with coronavirus, including 22 living in the streets; 131 shelters have had positive cases and 33 homeless New Yorkers have passed away. We estimate that the true scope of the damage is much higher, but the data is lower due to undertesting.

We need 30,000 single hotel rooms now and the mayor has the resources to do it. Other cities and states are using federal emergency funding to make happen.

Mayor de Blasio has already made significant missteps in his efforts to combat coronavirus, including delays. He has waited far too long to help the homeless, and by doing so, he is putting homeless people, the staff that work with them, and all New Yorkers who come into contact with them at risk.

He must act immediately to prevent further tragedy.

Finally, after this is all over, there is no going back to normal. During this crisis, we are seeing the human toll we caused by managing homelessness rather than ending it. Moving forward, every possible resource should be used to move people out of the hotel rooms into their own apartments rather than back to the shelters. That means, among other important steps, strengthening the CityFHEPS voucher by increasing it to fair market rate so people can actually find apartments on the market, utilizing all vacant supportive housing units for those eligible, and placing people into set-aside housing units for those leaving homelessness.

The city must put forth an urgent plan for housing homeless New Yorkers, now and into the future. As a city, we made the mistake of accepting homelessness as an everyday reality. We can never make that mistake again.

***
Peter Malvan is currently homeless. He is a Safety Net Activist, the Co-Chair of the Persons with Lived Experience Committee of the NYC Continuum of Care, and the Vice President of the Midnight Run. Josh Dean is the Executive Director of Human.nyc, an advocacy organization focusing on street homelessness.