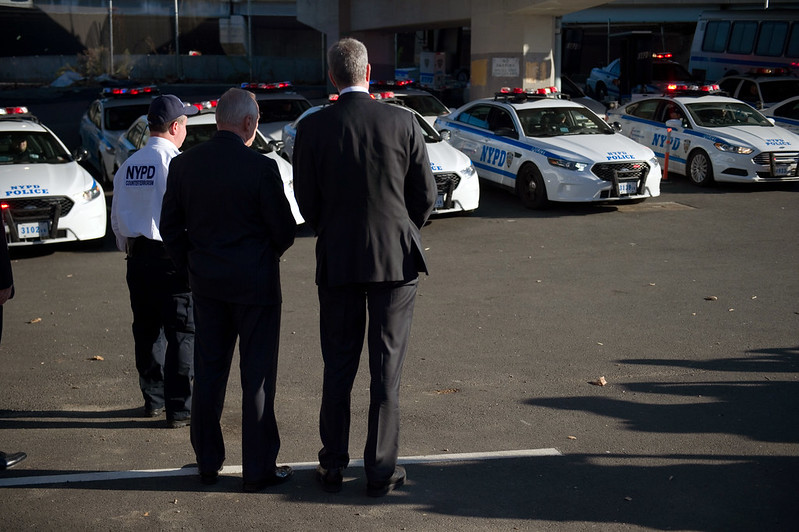 Like other major cities reeling from the COVID-19 pandemic, New York is facing a serious budget deficit and we have to make difficult choices about where to cut funding and where to redirect resources. This crisis has exposed the agonizing holes in our city’s social safety net like a raw nerve. We’ve been bombarded with news of the massive inequities faced by essential workers and low-income New Yorkers most at risk from the virus, the horrifying racial disparities in COVID-19 deaths, and our anemic personal protective equipment (PPE) stockpiles for frontline workers.

In recent weeks, we saw black New Yorkers’ rage over these inequities combust with cumulative trauma about the racist, violent over-policing we have endured for decades. Our over-investment in policing is directly related to our under-investment in our most vulnerable communities. The question is not whether we have to make difficult choices, it’s "are we going to make the same bad choices that got us into this situation, again?"

Elected officials have long used NYPD initiatives as a cosmetic fix to gloss over much deeper problems, not acknowledging that racist and abusive policing is one of those deeper problems. Instead of housing the homelessness or triaging and mending our broken mental health treatment system, our leaders used Rikers Island and other city jails as a depository for  mentally ill or homeless New Yorkers. Instead of dealing with the profound damage done to communities by segregation, displacement, hyper-gentrification, and widening inequality, they stopped-and-frisked an entire generation of black and Latino New Yorkers into submission.

Mayor de Blasio avoided grappling with these gaps in the city’s social service infrastructure, instead taking the easier route of placating right-wing police unions and letting our police force grow and operate virtually unchecked. And then the coronavirus hit, and the gaps in our underfunded social services widened into an abyss.

We scrambled to house people who should have been housed already. We watched COVID-19 spread through our jails, killing people who should have been freed already. We watched it decimate nursing homes, which were undermined by bad policies and left unprepared for the looming disaster. We mourned the preventable deaths of thousands of low-income, mostly black and Latino New Yorkers with inadequate access to healthcare, housing, and other resources. And all of the billions we have invested in the NYPD — their bulletproof SUVs, bulked-up “Hercules teams,” underwater drones, and bizarre surveillance gear — haven’t saved a single life because you can't arrest your way out of a pandemic.

This crisis and this next city budget due by July 1 present the obligation and the opportunity to put our moral house in order. While more than 10 extraordinary days of protest have forced Mayor de Blasio to publicly accept cuts to the NYPD, he has named no dollar amount, suggesting a hollow commitment to meaningful change, and a continued unwillingness to face either the rot in his own police department, or the exigencies of New York’s COVID crisis.

If de Blasio won’t act decisively, City Council Speaker Corey Johnson should instead listen to the voices of millions of New Yorkers, thousands of community advocates, and a ballooning list of his own Council members, and commit to reducing the NYPD’s budget by $1 billion this year. The Council should invest those funds in the communities that have been devastated by the pandemic, and so poorly served by this city for years, by restoring the programs Mayor de Blasio proposed to cut.

Why $1 billion? For a start, the NYPD should impose the same hiring freeze other city agencies are facing. The daily videos of police swarms descending on protesters proved we don’t need more cops. An NYPD hiring freeze puts over $200 million back into our communities.

The city paid out a disgraceful $230 million to settle lawsuits against the NYPD in 2019. Since claims against the NYPD come out of another pot of money, the department has little financial incentive to reduce misconduct. Moving money from one ledger to another cannot truly address the harm and trauma caused by police officers’ transgressions, but we can at least force the NYPD to pay for misconduct out of its own pocket.

Next the NYPD’s inappropriate incursion into social services must be reversed. Instead of paying the NYPD to engage in coercive homeless “outreach” and mental health responses, the city should use that money to fund social workers and agencies with the skills and resources to care for those populations. The presence of cops instead of counselors creates the same racist outcomes that always follow the arrival of the NYPD, with black and Latino children disproportionately dumped into the school-to-prison pipeline. One of the heftiest NYPD social services price tags is the $332 million that pays for the NYPD to be in Department of Education schools.

The City Council should scour the NYPD’s hyper-militarized budget for extravagances such as the department’s brand-new fleet of 14 drones, its six bomb-seeking underwater robots (have they ever actually found a bomb?), and its bizarre X-ray vans, With bad policy and bloated excess, it doesn’t take long to find $1 billion for the coming 2021 Fiscal Year that the people of New York need to survive this crisis, and the NYPD can live without.

The COVID-19 crisis and our current budget crunch forces us to ask the questions we should have been asking all along: Are police and their gadgets truly more essential than the lives and safety of doctors and nurses? More essential than the thousands of low-wage workers — many undocumented — that are keeping food and critical goods flowing throughout our city at great risk to themselves and their families? Is “order” more essential than justice? And of course the question we have been asking all along: do black lives matter? Will the city we call home finally learn to cherish us, or leave us to the mercy of cops, COVID, and the next cycle of racist neglect?

***
Leo Ferguson is on staff at Jews For Racial & Economic Justice, a leader in the Black Jewish racial justice movement, and works with Communities United for Police Reform. Anthonine Pierre is the Deputy Director of the Brooklyn Movement Center, a Black-led community organizing group in Central Brooklyn and a member of Communities United for Police Reform. On Twitter @LeoFergusonnyc & @JFREJNYC; @AnthoninePierre & @bkmovement.