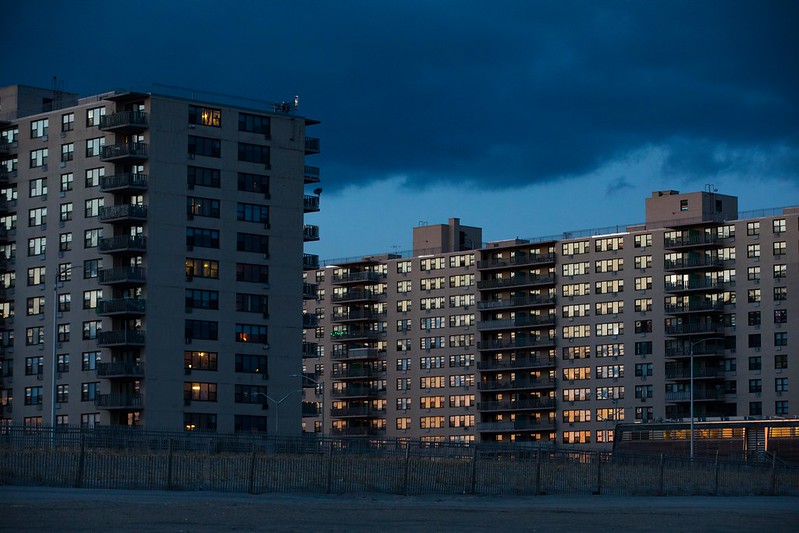 A new threat is looming for the very Black and brown communities in New York City that have been hit the hardest by the dual pandemics of coronavirus and racism in policy: a massive wave of evictions.

That’s because phase 1 of New York “reopening” didn’t just apply to construction and curbside retail. It also applied to housing courts. This could have disastrous consequences for tenants. Housing court personnel have already started reporting back to their workplaces. This Monday the courts are scheduled to begin hearing eviction proceedings again. We join tenants rights activists in urgently calling for this date to be pushed back.

We also need to act now to prevent an avalanche of evictions no matter when housing court cases resume. We can do that by smartly leveraging the landmark law that established right to counsel in New York City.

Eviction cases that were suspended before the pandemic will be resumed, and there likely will be an onslaught of new cases -- the gubernatorial order pushing back evictions to August 20 does little to stop landlords from filing for new evictions.

The reopening of housing courts will also create a massive public health problem. New York City’s housing courts on a normal day are incredibly overcrowded, with tenants, lawyers, and staff crammed into hallways, waiting areas, and small courtrooms. Pre-covid, there were 2,000 people in the Bronx housing court alone, every day. Anything like a normal docket of cases will make it impossible to keep safe social distancing -- and we know that coronavirus spreads most easily in crowded, indoor settings.

There is a simple way to prevent both the massive wave of evictions and unsafe conditions in housing courts: only allow eviction cases to proceed if tenants have access to a lawyer.

In 2017 New York City enacted a landmark, first-in-the-nation law establishing right to counsel for low-income tenants facing eviction. The law is being phased in zip code-by-zip code over five years, but has already dramatically increased the portion of tenants citywide with representation, from less than 5% to now approximately 30%. It’s proven to be spectacularly successful: 84% of tenants receiving legal representation have been able to remain in their homes. No surprise that cities around the nation are enacting policies based on New York City’s example.

Now we need to head off the looming eviction crisis by immediately taking right to counsel citywide -- to every zip code. We are drafting legislation now to put this into effect immediately.

Recognizing that we are in a financial crisis, this could be done in a revenue neutral way, by simply altering existing contracts with legal providers to spread their attorneys out over all zip codes.

New York City’s housing courts have routinely adjourned cases so tenants can secure representation. In fact, after right to counsel was implemented, a Bronx judge even cancelled a judgment against a tenant because they weren’t provided a lawyer.

So if tenants in all zip codes have a right to counsel, this will slow the daily volume of cases that can move forward in accordance with the number of right to counsel attorneys available -- in practice significantly slowing the pace of evictions.

The substantial reduction in the number of people in courts will also be a win for public health, since it will make room to implement social distancing policies that otherwise would be impossible.

Over the longer-term we need to expand the scope of New York City’s right to counsel law, including through legislation we have sponsored that would raise the income cutoff. This will be critical to achieving a fair recovery for our city in the years ahead.

But right now we need to take action fast to head off a crisis that would inflict additional pain on the low-income New Yorkers who have already suffered so much during the pandemic.

Right to counsel for tenants has already proven to bring more justice to housing court. Now it can be a powerful tool to ensure health, safety, and stability at this time of unprecedented crisis.