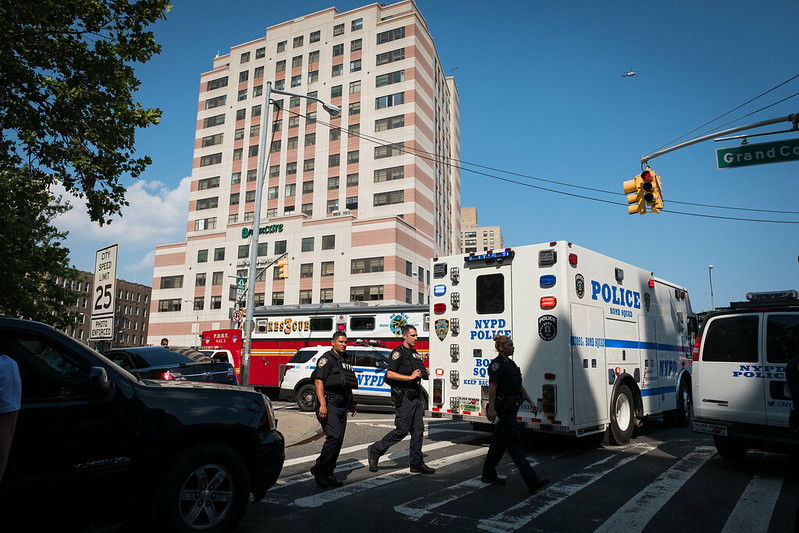 The protests that have erupted across American cities in response to the murder of George Floyd, together with the larger movement for Black lives, have amplified advocates’ calls to defund the police and reallocate resources toward services that would better meet the needs of Black Americans and over-policed communities nationwide.

CCIT-NYC urges the City Council to redirect $16.5 million of NYPD funding to a five-year pilot project in two of the city’s most impacted precincts, Brooklyn’s 75th and Midtown South.

At the cost of $3.3 million per year, our proposed pilot would pair Emergency Medical Technicians with trained “peers” (people with lived experience of mental health crises). These teams, in place of law enforcement, would serve as first responders for people experiencing a mental health crisis.

Unlike the city’s current Health Engagement and Assessment Teams, which are only available for part of the day and cannot be dispatched directly to the general public, the teams proposed by CCIT-NYC would be available 24/7 and accessible to the public.

This is a proven model. It is similar to the hugely successful CAHOOTS program used in Eugene, Oregon, for over 30 years without any serious injuries to the health-care workers. It is easily adaptable to neighborhoods here.

Critically, this approach enjoys wide public support. A national survey conducted in early June found that nearly 70% of likely voters support “creating a new agency of first-responders, like emergency medical services or firefighters, to deal with issues related to addiction or mental illness that need to be remedied but do not need police.” A majority of those surveyed also agree that police frequently use unnecessary violence; in our city, we know this to be all too true.

Over the last five years, 14 New Yorkers experiencing a mental health crisis were killed by police responders, a 15th died by a self-inflicted gunshot during a police engagement, and another three were shot by police and left critically wounded. Just this week, one more New Yorker with mental health concerns died at the hands of NYPD after being repeatedly tasered at his home, having threatened no one.

What’s more, that number killed between 2015 and 2020 is double the number killed during the preceding years spanning 2007 to 2014. Notably, these shootings increased despite the fact that, during the same five-year period, 15,000 officers received Crisis Intervention Training to use de-escalation techniques under these very circumstances.

Having worked in the fields of mental health, human services, and criminal justice for decades, we are well aware of the racial disparities in accessing care, and of the wrongful criminalization of Black and brown individuals. As documented by the U.S. Surgeon General, people of color have less access to mental health services than white people, are less likely to receive needed care, and are more likely to receive poor-quality care when they are treated. Of the 18 individuals shot in police encounters in New York City, 16 were Black or other persons of color.

Of particular note during these precarious financial times is the fact that instituting mental health response teams would pay for itself in savings. Each year, New York City spends approximately $250 million on cases involving police misconduct by the NYPD, and we estimate that roughly one-third of those cases involve people undergoing a mental health crisis.

The time is right to pilot a culturally competent and compassionate, peer-driven model for responding to mental health crises that avoids inflicting further harm by eliminating the unnecessary use of police, emergency rooms, and psychiatric hospitals. Our proposed pilot’s use of non-police responders trained in engagement and de-escalation techniques would spare the city expensive lawsuits and save lives – particularly those of Black and brown New Yorkers.

Let’s restore faith that when people call for help in times of crisis, they receive actual help and health care, not the law enforcement response they have come to fear.