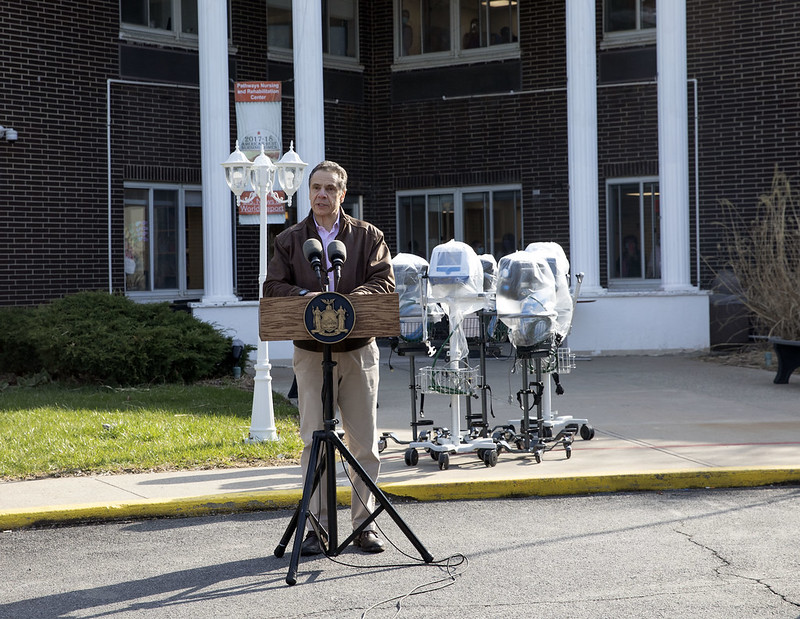 Yet this week the governor again blamed nursing home workers for the state’s nursing home deaths — pointing the finger at staff who were working in life-threatening conditions. Instead of scapegoating staff, the governor should take responsibility for his deadly nursing home mandate, and start putting New York’s elderly population and care workers first.

On March 28, as coronavirus cases were spiking across the state, Governor Cuomo’s health department issued a mandate requiring nursing homes to accept patients with the novel coronavirus. The results were inevitably deadly: well over six thousand deaths from the virus. And this wasn’t the first time the governor put elderly New Yorkers and their families in harm’s way during the pandemic.

Cuomo has served as governor for more than nine years. During that time, he has allowed the nursing home industry to flout regulations. This failure during his long tenure turned nursing homes into unregulated pandemic graveyards waiting to happen. Yet when asked who holds blame for nursing home deaths, the governor pointed the finger at overworked and unprotected nursing home workers.

The majority of nursing home staff are people of color. During COVID-19, they’ve often not been provided with PPE. Poverty wages regularly force nursing home workers to work in more than one nursing home, without the ability to take sick leave. Blaming nursing home workers for the spread of the coronavirus, instead of blaming the state’s dangerous policies, threadbare regulations, and inadequate PPE, is cruel and irresponsible.

It’s clear the state has failed to prioritize nursing home workers and New York’s seniors — and particularly workers and seniors of color. Rather than continue to deflect blame, the governor should invest deeply in universal, dignified long-term care for all New Yorkers. The state needs to invest more funding into home-care services for better conditions for workers and to allow elders to remain home where possible with supporting family caregivers.

New York’s aging adults and people of color are not disposable. And nine-and-a-half years into his tenure, Governor Cuomo knows what he’s doing. When the governor lets thousands of nursing home workers and residents die, then blames them for their own deaths instead of taking responsibility, he knows he’s deflecting blame. It’s time for the governor to accept responsibility — both for his deadly nursing home mandate, and for the well-being of New York’s vulnerable seniors and nursing home workers.

***
Bobbie Sackman is a steering committee member of the New York Caring Majority, a statewide coalition of New York seniors, people with disabilities, and care workers.