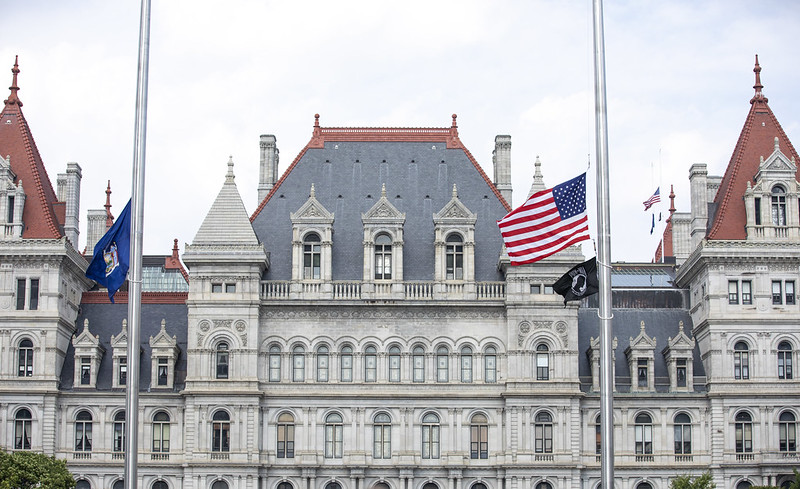 The murders of George Floyd, Breonna Taylor, and other Black people at the hands of police sparked righteous calls for change across New York State and led to meaningful action in Albany. We were proud to vote for police reforms that promote more transparency, accountability, and justice for those we represent. These were important steps, but they fall short of addressing the harm that happens to our constituents behind bars.

For years, we’ve spoken with mothers, children, and other people in our communities whose loved ones have suffered while incarcerated in our state prisons. This harm is often fatal and happens out of the view of cellphone cameras. Unsurprisingly, people of color disproportionately experience this harm.

Black and Latino people make up 34% of all New York State residents but represent 72% of the state’s incarcerated population. Amidst COVID-19, 80% of people who died in the custody of our state prisons were people of color -- 60% were Black people. Many of these people were older and posed no risk to public safety.

Black people and other people of color are disproportionately serving longer prison sentences and given fewer opportunities for release than their white counterparts. In New York State in particular, years of investigations have exposed that the State Parole Board disproportionately denies parole release to Black people, even when compared to their white counterparts with similar convictions and institutional records.

There are also roughly 1,000 New Yorkers serving prison sentences that don’t even allow a chance at release or public safety assessment. These cruel and unusual punishments amount to New York’s new form of capital punishment: death by incarceration. Curbing state violence on the streets does not address the full spectrum of harm if we continue systematically sentencing mostly Black and Latino people to die in prison without any meaningful second chance, exemplified by the tragic cases of Valerie Gaiter, Benjamin Smalls, and so many others.

People can be held accountable without being sentenced to die in prison. Victims and survivors can find healing without the person or people who harmed them facing a lifetime of punishment and torture. New York can promote safety and decarceration at the same time. We are ready to address these forms of state violence by passing two bills this state legislative session: our Elder Parole Act and the Fair and Timely Parole Act.

Elder Parole would allow the Parole Board to individually assess incarcerated people for a chance at release once they’ve served 15 more or years and are aged 55 or older. The bill would effectively end prison death sentences in New York State and help us move beyond our shameful distinction of having one of the highest prison populations of people serving life sentences in the country.

Fair and Timely Parole is just as important. It would change the Parole Board’s culture of punishment and vengeful practice of blanket parole denials by ensuring that parole release decisions are based on who people are today, instead of just on the nature of their crime. If at least part of the purported purpose of incarceration is rehabilitation, then the Parole Board’s decisions must be guided by people’s change over time.

These two bills, which align with decades of criminal justice research and public safety data, would allow us to reinvest resources, and would bring families back together. In this particular moment, they would also bring us steps forward in our lifelong battle to end structural racism and state violence.